Farm Life and Other Scenes: The Art of Henry George Keller from the Collection 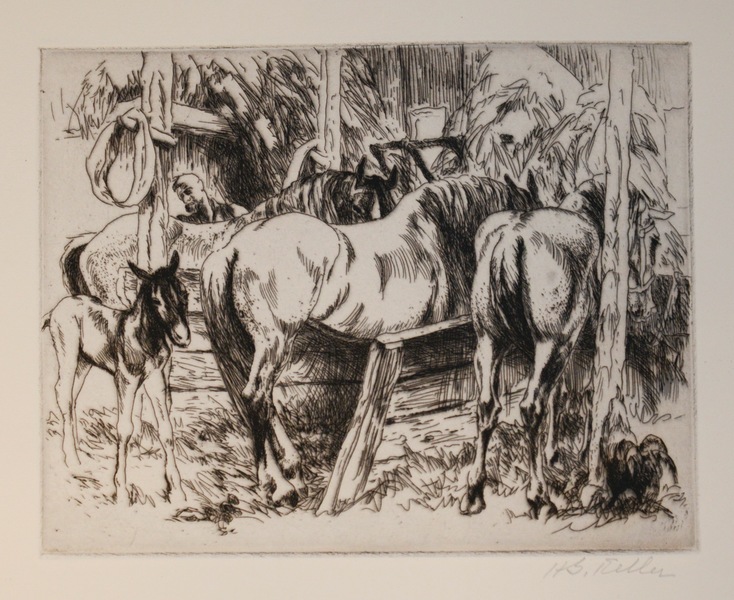 A native of Cleveland, Ohio, Henry George Keller (1869-1949) studied at prominent art schools in Germany before returning to the states where he attended the Art Students’ League in New York and Cincinnati School of Art in the early 1900s. He worked as a lithographer to finance his art education and joined the teaching staff at Cleveland School of Art where he served until 1945. Skilled in watercolor, pencil drawing, lithography and etching, Keller represents a generation of American artists who shunned Modernism and preferred subject matter, styles and techniques of the Old Masters as he rendered his early 20th century views of Midwestern America.