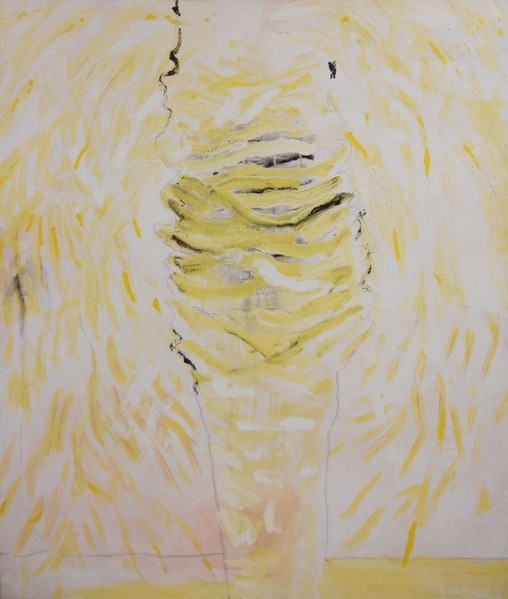 Hiram Williams (1917-2003) experienced the horrors of war first-hand. A Captain of Combat Engineers in General George Patton's 3rd Army, he fought his way through France and Germany in 1944 and 1945. The events of those battles radically changed his outlook on life. He grew up in a devout, church-going family, the son of a Baptist pastor. After the war, Williams came to believe instead in an Existential philosophy that emphasizes every individual and his or her experience of life as unique and different in the context of a hostile and indifferent universe.

After World War II, Williams completed university training at Pennsylvania State, where he earned his B.S. and M.Ed. He chose a career in teaching beginning in 1951. In 1960, the artist began a long and productive period of teaching at the University of Florida in Gainesville. In 1963 Williams received the Guggenheim Fellowship, which enabled him to write and publish a book on art, Notes for a Young Painter (revised and reprinted in 1984 by Prentice-Hall publishers).

He had been named a Distinguished Service Professor and received the University President's Bronze Medal. In 1994 Williams was inducted into the Florida Artists Hall of Fame.