Luster: Realism and Hyperrealism in Contemporary Automobile and Motorcycle Painting 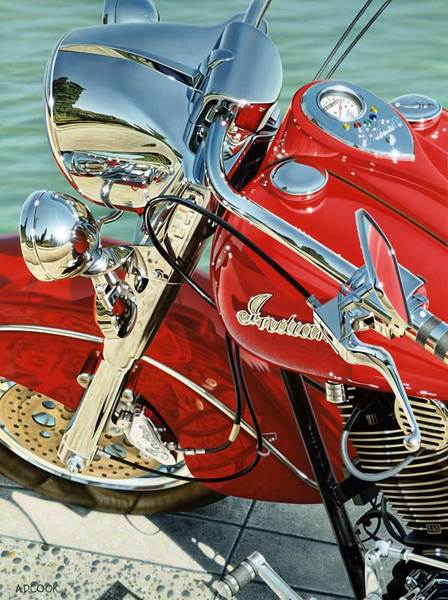 Drawing on the legacy of the first generation of American photorealist painters such as Chuck Close, Richard Estes, Robert Cottingham, and Don Eddy, many late 20th century and early 21st century painters have continued to exalt triumphs of vehicular design through extremely realistic, almost trompe l'oeil renditions of cars, motorcycles, and other conveyances. This exhibition brings together over 50 works by 15 of today's leading artists working in this style in a true celebration of chrome, curves, speed, and power - the essence of modern car and motorcycle culture.

For more information on the Luster Exhibition:
http://davidjwagnerllc.com/Luster_Exhibition.html