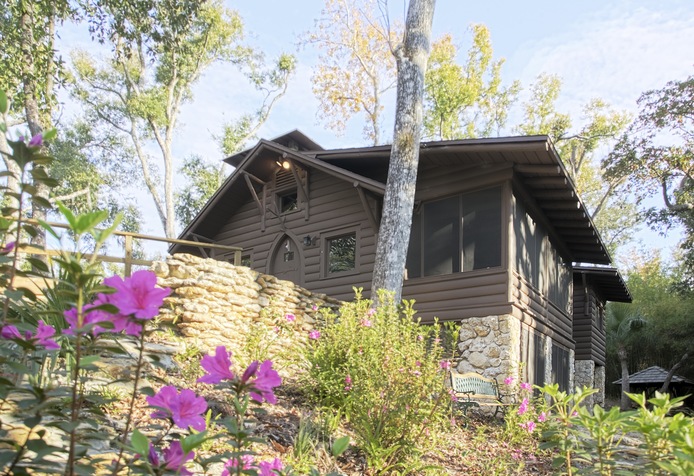 In a secluded niche of the Gamble property, a dense forest canopy envelops a charming log-style cabin. Known as the Black Forest Cottage, it is a near replica of the forest dwelling featured in the 1937 Walt Disney animated classic, Snow White and the Seven Dwarfs.

Alfred K. Nippert, a prominent lawyer and judge from Cincinnati, Ohio and the son-in-law of James Gamble, built the Black Forest-style cottage in the three months that followed the film's release. Like Gamble, Judge Nippert and his wife Maud Gamble Nippert were seasonal residents of the Halifax area and Spruce Creek throughout the first half of the century. Unfortunately, Maud died just before the film's release.

Judge Nippert was so charmed by Snow White and the Seven Dwarfs that he designed a small fantasy playhouse similar to the dwarfs' cabin for his young relatives. His vision grew, however, and he expanded his plans to build a full-size replica along the banks of Spruce Creek. Like Gamble's bungalow, Nippert's cottage served as an enchanting backwoods retreat for entertaining family and friends.