A Historic Treasure
Guests to Gamble Place can step back in time to experience the same pristine environment that James N. Gamble (of Procter & Gamble) found so inviting during his first visit to the area in the late 1800's. This 175-acre property, included in the National Register of Historic Places features a historic home, cottage, and Citrus Packing House. The "Florida cracker-style" house, named "Egwanulti" (a Native American word meaning "by the water"), was built in 1907 and was used as a winter retreat. The once privately-owned Citrus Packing House is the only one currently in existence in its original location in Florida. This vanishing piece of history is significant to Florida and our visitors.
In addition to the buildings, visitors can observe wildlife, ancient cypress trees, and beautiful azalea blossoms. 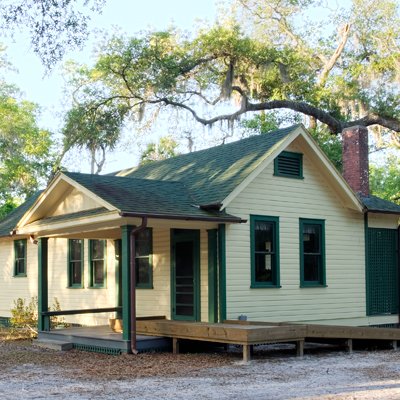 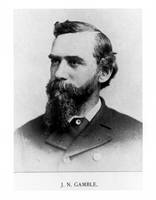 The History of James N. Gamble

Gamble graduated from Kenyon College in 1854 and then studied analytic and applied chemistry at the University of Maryland. Upon complete, Gamble was offered a position in the law firm of Rutherford B. Hayes, later president of the United States. At the insistence of his father, however, Gamble went to work in the family manufacturing business. He rose through the ranks of Proctor and Gamble (P&G), and eventually managed the company until he retired as plant supervisor in 1890. 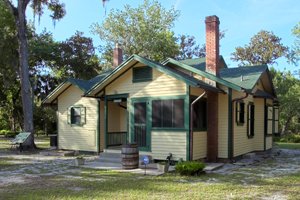 The year 1907 and the initials RFJ (for Gamble's caretaker, Rollie F. Johnson) are inscribed on two brick artesian wells located on the Gamble Place property. It can be surmised, therefore, that by that date Gamble had completed construction of a Cracker-style bungalow retreat and refurbished the old shake for use as a citrus packing barn. 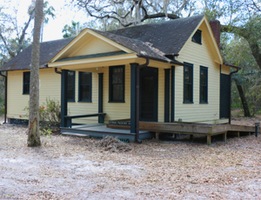 Over the course of a century, the packing house at Gamble Place was used to maintain the nearby citrus grove and to pack fruit. It was also a residence for the caretaker. One of the two artesian wells nearby was utilized for irrigation. In addition to plentiful crops of oranges grown here, oxotic species of fruits including Mandarin orange and kumquat were processed in the private packing house and shipped to friends and relatives around the country. Much of the fruit was also donated to local charities. 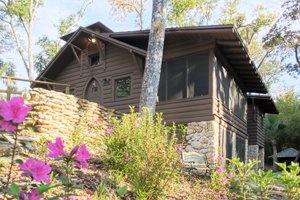 In a secluded niche of the Gamble property, a dense forest canopy envelops a charming log-style cabin. Known as the Black Forest Cottage, it is a near replica of the forest dwelling featured in the 1937 Walt Disney animated classic, Snow White and the Seven Dwarfs. Alfred K. Nippert, a prominent lawyer and judge from Cincinnati, Ohio and the son-in-law of James Gamble, built the Black Forest-style cottage in the three months that followed the film's release. Like Gamble, Judge Nippert and his wife Maud Gamble Nippert were seasonal residents of the Halifax area and Spruce Creek throughout the first half of the century. Unfortunately, Maud died just before the film's release. Judge Nippert was so charmed by Snow White and the Seven Dwarfs that he designed a small fantasy playhouse similar to the dwarfs' cabin for his young relatives. His vision grew, however, and he expanded his plans to build a full-size replica along the banks of Spruce Creek. Like Gamble's bungalow, Nippert's cottage served as an enchanting backwoods retreat for entertaining friends and family.

The witch's hut was made from an old hollow cypress tree that Alfred N. Nippert had roofed and moved onto a stone foundation. The dead tree had been used for years at its original location as a mapping landmark by early surveyors.