Borders of Paradise - The New World in the Eyes of Explorers 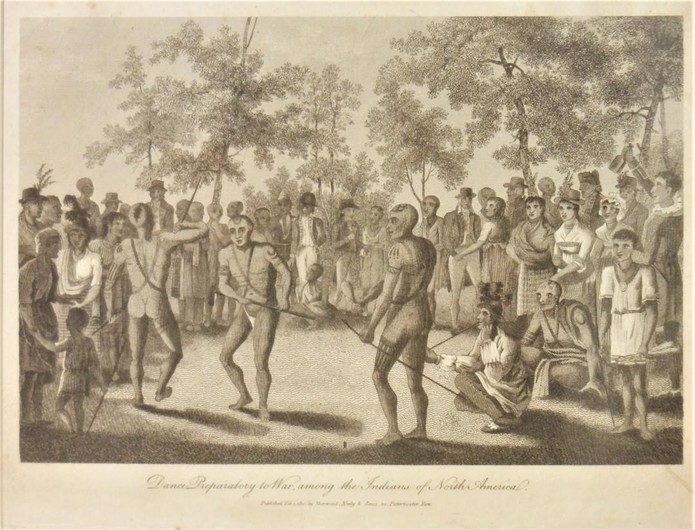 When the Spanish touched the shores of the New World, early in the 16th century, they found unspoiled lands filled with abundant natural resources. Early descriptions and illustrations of the Americas were often included on maps that were recorded by these explorers. Their documentation often included exaggerated accounts of exotic cultures composed of wild peoples living on vast lands overflowing with unlimited riches and featuring fantastic creatures. Imagined and exaggerated depictions of the new continent and its offerings persisted through the 19th century, satisfying the appetites of curious Europeans, hungry for tales of mysterious, lost paradises and evolving primitive worlds. For some time, European artists, including Jacques le Moyne and John White made firsthand renderings of the new land. Many of their stylized depictions were widely reproduced and circulated throughout Europe.

Through the 19th century, these images, many of which appeared as engravings in literary works, helped to reinforces and shape the Old World's skewed perception of life in the New World. Works that are featured in this exhibition include maps, etchings, engravings and lithographs from the 17th and 19th centuries. The objects were a gift to the Museum of Arts & Sciences from Kenneth Worcester Dow and Mary Mohan Dow.