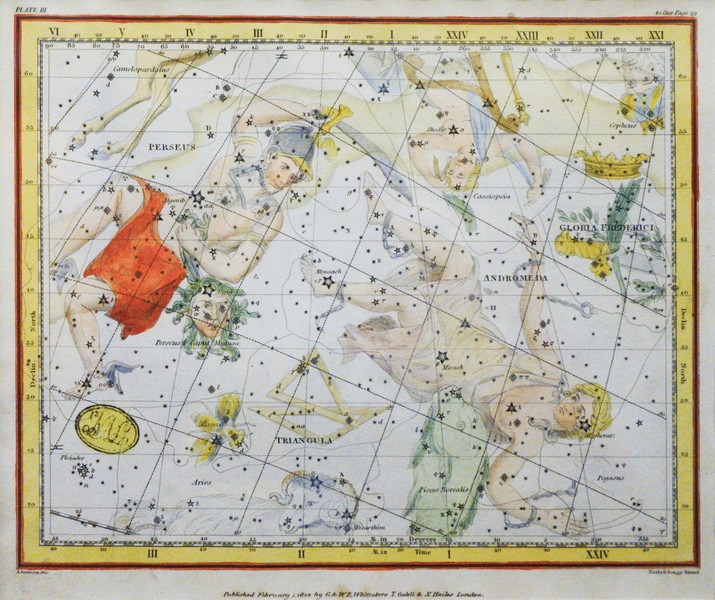 The charts seen here are representative of the scientific creativity of the past. Attempting to grasp the mysteries of the universe, ancient civilizations and cultures have over thousands of years traced the myriad of stars in the heavens into intricate patterns or constellations that represented godly beings, beastly creatures, and a multitude of prominent objects. As these depictions became increasingly important in the daily lives of the observers as time passed, a methodical and scientific approach to observation began to take form. This unique astronomical collection at MOAS was purchased through the Mombello-Russo Art Acquisition Fund.

Jemieson's maps were based primarily on the work of Johann Elert Bode, through Jamieson is insistent that his maps are improved from Bode's. His "A Celestial Atlas Comprising A Systematic Display of the Heavens," from which these come, earned the honor of being allowed to be dedicated to King George IV. Published 1822.