Companions through the Ages: Animals in Art from the Collection 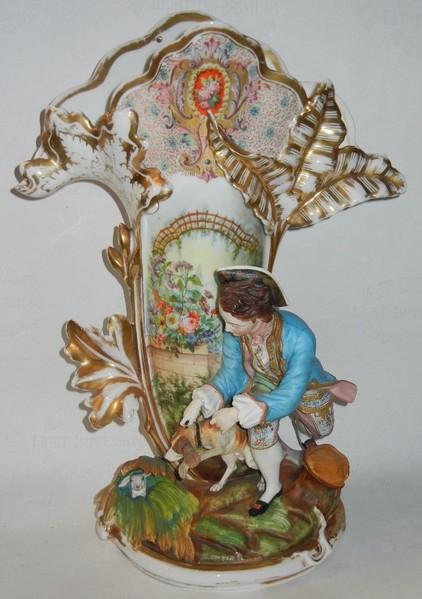 Through works from the many different cultures and media represented in the art at MOAS, this exhibition looks at some of the ways our constant companions throughout the ages have been represented in art.  From images of beloved pets to dedicated servants and vital livestock to symbolic imagery from many religions, animals frequently show up in the art of all cultures from around the world.  Starting with traditional European works, the exhibition follows the exportation of many common representations of animals from the old world to the new and shows how the dynamic new frontier – complete with the animals that helped pioneers tame it – is a common theme in late 18th and 19th Century American art.   Paintings, prints, sculpture and decorative arts show animals from the Greek myths so common in European art, to the pampered pets of the wealthy, to the exotic new animals discovered when Napoleon conquered Egypt and finally, the ever present horse and hounds that were the necessary companions for any respectable European gentleman.  In the new world, these companions were often much more vital to their owners and could make the difference between life and death.

Animals in the arts of Asia, India and Africa are also represented and show similar developments over the ages where animals are shown as they were popularly known in myths and fables and also as religious symbols.

Finally, the exhibition brings us to contemporary 20th century animal imagery and spans early Daytona Beach scenes of horse-drawn taxis bringing tourists to a beach hotel to popular culture icons such as “Nipper” the RCA dog to Lowell Nesbitt’s dramatic “White Tiger” painting of 1981 and Tony Savoie’s tongue-in-cheek “Watchdogs” of 2007.  Constant over time and across cultures, animals will continue to populate art as long as we are making it.