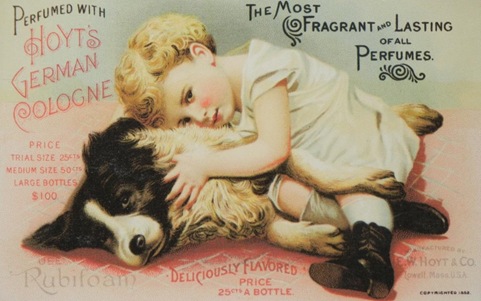 By the last half of the Nineteenth Century, lithographs from stone plates had reached a high level of artistic achievement. Beautiful images could be mass produced at a modest cost providing manufacturers with a new media for the promotion of their products. Ad Cards became the media of choice during the period. They were used by all manufacturers, merchants and trades people.

Because there was not "truth in advertising" merchants were free to say anything they wished about their products. Many of the product claims are outrageous to the point of being humorous. Products also contain harmful or addictive ingredients which eventually led to the passing of Federal food and drug laws. This exhibit is a window into the past where one can see how people lived, what they wore and ate, how they were entertained, and how exposed they were to the exaggeration and claims of advertisers.

The works are from the Thomas H. Davis Collection, in care of the Museum of Arts & Sciences.