Magical: The Art of Susan Zukowsky 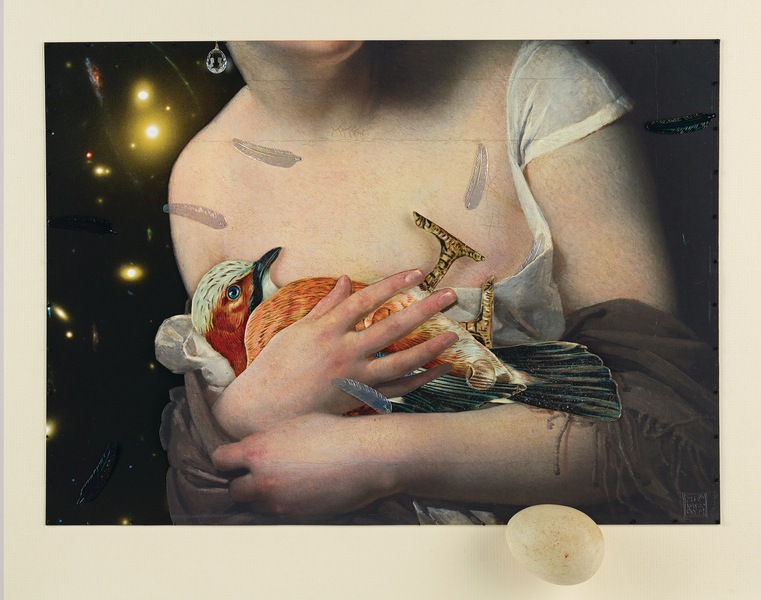 Susan Zukowsky was born in Montgomery, Alabama in 1949 into an Air Force family. While growing up, she attended many different schools in Guam, Texas, Alabama, and Florida. Picture books were a source of solace.

She received her B.A. in Fine Art from the University of South Florida, with the help of a four-year work/study program. As a lithography major, she assisted Master Printers of GRAPHICSTUDIO in the production of work by Rauschenberg, Rosenquist, and Ruscha. At this time, in her own work, collage became the first step in creating lithographic images. Later, the medium was a means of communication in letters without words. The printed image became her palette and her vocabulary.

Zukowsky continues to communicate through appropriated images from our media culture in combination with disparate materials such as feathers, mirrors, balls, and beads to address topics as varied as violence, politics, nature, loss, and love. Her works are magical, dreamlike theatrical tableaus that are as mysterious as they are beautiful and represent some of the best contemporary Florida art in this representational collage tradition. Image Caption: Susan Zukowsky, Couveuse. Mixed Media Collage (paper, crystal drop, wooden egg, Victorian paper toy articulate bird, plastic feathers, silk thread, glue)