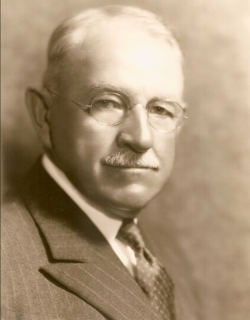 Chapman Jay Root was born in Wayne County, Pa. He was educated in the public schools of Ravenna, Ohio. His first steady business employment was with the Doig foundry in Ravenna during 1886-1889. Chapman Root worked for a few glass companies before he established Root Glass Co. in 1901, in which he became president.

This original bottling plant was exclusively dedicated to the manufacture of glass bottles and other glass containers that were required to withstand high internal pressure. In 1905, the Root Glass Co. purchased, rebuilt and re-equipped a second glass plant in Terre Haute, Indiana. The production of this new plant was devoted mainly to the manufacture of fruit jars. Three years later, this plant was sold to Balls Bros Co. of Muncie, Indiana.

In 1915, the Root Company developed a bottle that the Coca-Cola Company accepted for use. A few months later, the patent was assigned. In 1932, the Root Glass Co. expanded from employing 200 people to having over 1,000 personnel, making it the largest plant in the United States. The Root Glass Co. then merged its’ physical resources with Owens Illinois Glass Company, making it an investment for Chapman Root.

Aside from his hard-working and successful business life, Chapman Root was very interested in the development and education of youth and in the work of the boy’s clubs and Boy Scouts of America. In his recreational time, he enjoyed golf and yachting. He married Ellen Agnes on July 12, 1891. A little less than 10 years later, Chapman and Ellen gave birth to their son, William Ruffle Root. Chapman Root passed on Nov. 20, 1945. 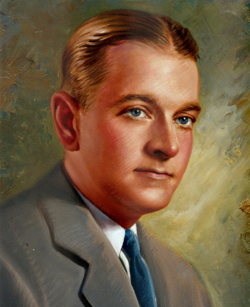 Following in his father’s footsteps, William decided to enter the family business. In 1922, he was elected vice president and director of the Root Glass Co. William subsequently worked in the different departments of the company where he learned about the ingredients in the glass, the effect of changes of temperature in creating quality glassware and he gained useful knowledge on how to properly pack and ship the glassware. He also spent some time in the sales department and the office, where he trained for executive positions.

In 1927, he became vice president, secretary and director of Orlando Investment Co. in Jacksonville, Fla. From 1928 until his death, he was also president and director of Coca-Cola Bottling Co. in Terre Haute.

Aside from his young, successful business life, he was active in yachting, speedboat racing and golf. On Apr. 5, 1924, he married Virginia Shaw, and a year later, they had son Chapman Shaw Root. Unfortunately, William Root lived a short life. He passed in an airplane crash near Farmersburg, Indiana on June 23, 1932. 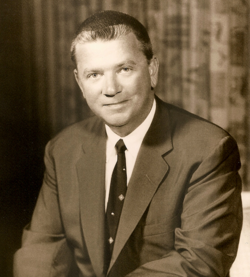 Chapman S. Root was an entrepreneur at best and a philanthropist of national prominence. He gained control over the bottling company at the young age of 25 and in 1951, he moved the company to Daytona Beach, Florida. Through his entrepreneurial skill, Chapman S. Root brought the company to dominate the American soft drink industry as the country’s largest independent bottler of Coca-Cola products. The Daytona Beach based company’s operations covered much of the country from Missouri, Illinois, Indiana to Pennsylvania, New Jersey and New York to most of Florida, the Virgin Islands and Jamaica. The Root Company’s soft drink business was sold to the Coca-Cola Company in 1982.

Chapman S. Root loved the sport of automobile racing. In the mid-1950’s, he owned and sponsored numerous cars in the Indianapolis 500. Although none of his cars won a race, one of his drivers won the pole position in 1958. A car manufactured and designed by Root set the U.S. record for speed in a two-and-a-half mile distance at 171.8 mph at the Daytona International Speedway in 1957.

Over a 50-year time span, Chapman S. Root and his wife, Sue, collected over 100,000 objects of American memorabilia and art, primarily Coca-Cola items, railroad artifacts, including five fully-restored train cars, Teddy Bears, Wild West and American Indian artifacts and automobiles. It is an exceptional accumulation from the industrial industry to the present day. In 1988, the collection was donated to the Museum of Arts and Sciences in Daytona Beach, Florida, along with a grant to permanently fund a new facility to house the collection.

Chapman S. Root had a life-long interest in the prosperity of youth, education and the arts, which he demonstrated by donating exceptionally generous gifts to charitable and educational institutions throughout the United States, primarily in Florida.

Quietly and with little to no recognition, Chapman and Sue Root touched the lives of countless Americans by assisting in building health, human services, arts and educational facilities not just in Florida, but all over the country.

Chapman S. Root died on July 2, 1990. His company continues to grow and prosper in Daytona Beach, with its core business being real estate, private investments and wealth management. The Root Foundation has been established to continue his philanthropy.