The Helena and William Schulte Gallery of Chinese Art 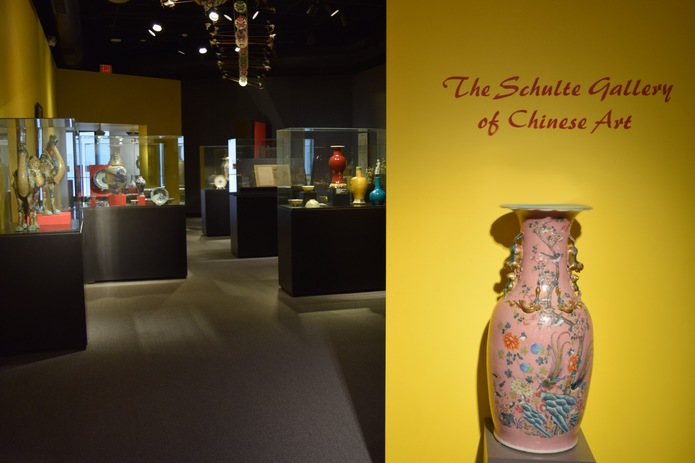 Established in 1996, the Schulte Gallery showcases over 80 pieces of Chinese art representing thousands of years of Chinese history. The collection includes a selection of decorative Chinese arts donated to the Museum from the Schulte family, along with works of art from other donors.

It is believed that painting emerged as the main form of Chinese art during the Han Dynasty (206 B.C.- A.D. 221). Painting was considered part of the gentlemen’s curriculum and through their paintings, they expressed how they viewed the world in a manner worthy of their ancestors. Most of the Chinese symbols you will notice on the porcelains are derived from natural subjects such as plants and animals. Later, Chinese art veered away from nature and animals and centered on family and religious aspects.

Along with religion, family was a foundation for Chinese society. Generally, Chinese families were composed of patriarchal hierarchies and all authority resided with the eldest male. According to ancient custom, the eldest male decided all issues of justice.