The Seminole and the Everglades 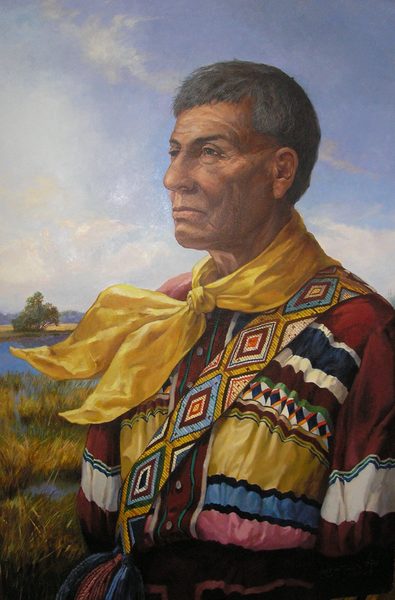 The Everglades is a region of tropical wetlands that occupies the southern portion of Florida. Water leaving the vast, shallow Lake Okeechobee in the wet season forms a slow-moving river 60 miles wide and over 100 miles long.

Human habitation in the southern portion of the Florida peninsula dates from 15,000 years ago. The region was dominated by the native Calusa and Tequesta tribes. After European colonization, both tribes declined. The Seminole nation emerged out of groups of Native Americans, mostly Creek from what are now the northern Muscogee peoples.

Artists from the early 19th century on have found the visual characteristics of the people and the land compelling subjects for artworks. The climatic conditions change frequently giving new dimensions of color, motion, and light to the landscape. The dramatic variables are a challege to the painting attempting to capture a specific moment. The flora and fauna are often unique and fascinating. Rending them is as often for scientific documentation as it is for decorative motif.