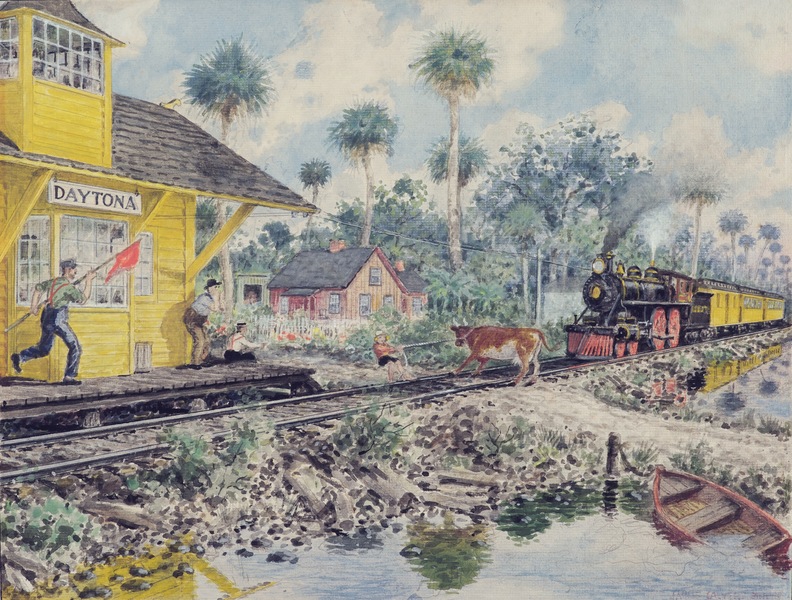 Founded on December 29, 1854, Volusia County is located in the east-central sector of Florida. It has 500,000 residents. The county seat is DeLand. The largest municipality is Deltona. When the Florida legislature carved the county out of Orange County, the county was named after its largest community at the time. Then Volusia County had fewer than 600 residents. The county has a total area of 1,432 square miles, of which 1,101 square miles is land and 331 square miles is water.

Volusia County is bordered on the west by the St. Johns River and Lake Monroe, and by the Atlantic Ocean to the east. Roughly the size of Rhode Island, Volusia is situated 50 miles northeast of Orlando, 60 miles north of the Kennedy Space Center, and 89 miles south of Jacksonville.

The origins of the word “Volusia” are unclear, but several possibilities exist. 1) The name was from a word meaning “Land of the Euchee,” from the Euchee Indians who migrated into the area after the Timucua Indian cultures faded away in the early 1700s. The Euchees (or Uchees) lived in the area of Spring Gardens, about ten miles south of Volusia. 2) Or the name was taken from the a British man named Voluz who owned a plantation located on the St. Johns River in the late 1700s. 3) Maybe the name originated from the last name Veluche belonging to the French or Belgian owner of the trading post in Volusia. According to some, this was during the British regime, and according to others, it was around 1818. Over time, the name Veluche became anglicized to Volusia. 4) The town was established by and named for Jere Volusia. 5) The settlement was named by the Spanish after the celebrated Roman jurist Volusio, who wrote 30 books and tutored Roman Emperor, Marcus Aurelius.

The land area of present day Volusia County was inhabited by the indigenous Timucua, and Mayaca people . Neither group exists today as distinct racial entities, having been decimated by war and disease after contact with European settlers. Evidence of their habitation can still be seen in various areas of Volusia County such as the large shell middens at Tomoka State Park.

During the British occupation of Florida, a failed colony was started in southeast Volusia County by Andrew Turnbull, known as New Smyrna. This colony was connected to St. Augustine, the capital of East Florida, via the Kings Road. After the failure of the colony, the settlers, many of Minorcan heritage went to live in St. Augustine.

The Seminole Indians, descendants of the Creek tribe of Alabama and Georgia who resisted forced relocation to Indian Territory also camped in various parts of Volusia County. During the Second Seminole War (1836–1842) a large sugar plantation in what is today the city of Daytona Beach was burned by the Seminole.

The Volusia County Government divides the county into three regions: