Portrait of Julian "Cannonball" Adderley and the Riverside Years

Hard Bop alto saxophonist and former Floridian native, Julian “Cannonball” Adderley, first came to national attention through his association as a member of the iconic Miles Davis band in 1957. While having recorded his first album as a leader in 1955 for Savoy Records, it was his association with Riverside Records in 1958 that led to the launch of his career as a leader. Although his recorded history with Riverside Records spans only five years, 1958-1963, the impact of those years have left an indelible mark on the development of jazz. Some of the noteworthy titles on those recordings include This Here and Dat Dere by pianist Bobby Timmons and the Hard Bop composition Work Song from his brother Nat Adderley. This Smithsonian Jazz Masterworks Orchestra Quintet will be delving into that critical body of recording dating from the 1958 titled album Portrait of Cannonball to his 1962 recording titled Cannonball Bossa Nova. 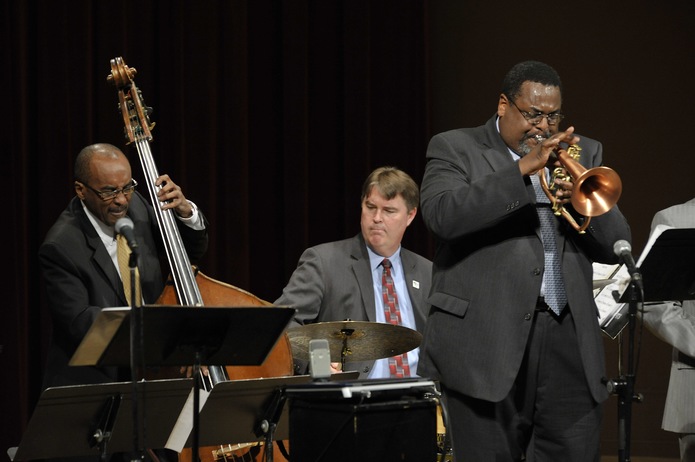 Join us on Saturday, September 30, 2017, for an afternoon performance from 3:00 p.m. to 5:00 p.m. and an evening performance from 7:00 p.m. to 9:00 p.m. of the Smithsonian Jazz Masterworks Orchestra (SJMO) Concert: Portrait of Julian “Cannonball” Adderley and the Riverside Years. Admission is $35.00 for future museum members and $20.00 for museum members. We suggest reserving in advance by calling 386-255-0285 or in-person at the Museum’s guest relations desk. This event is popular and will sell out. 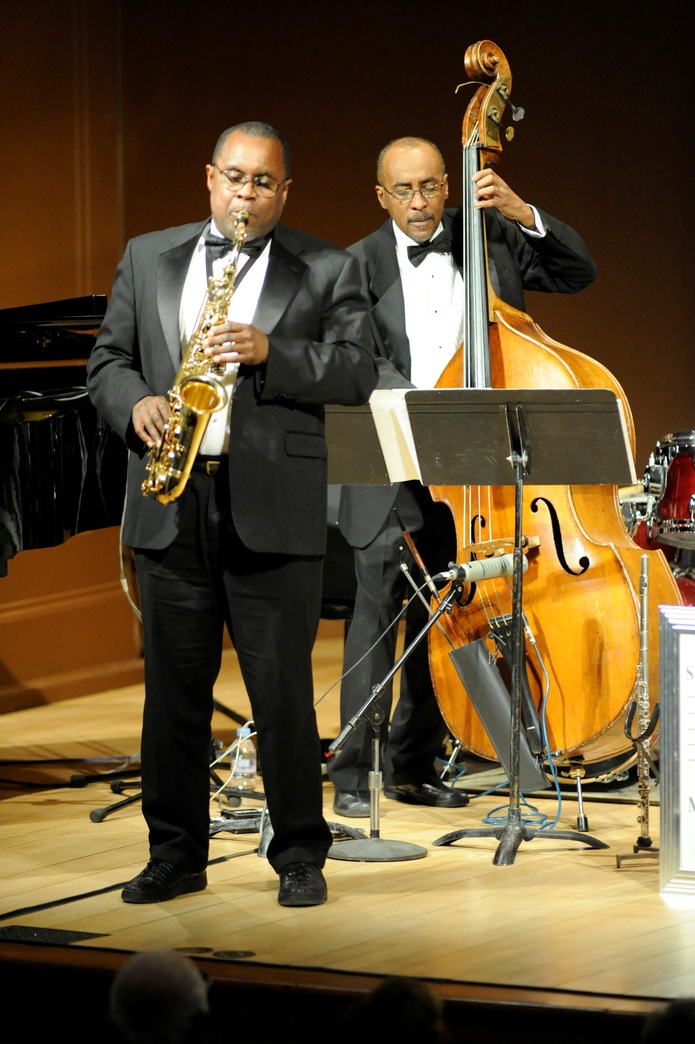 About the Smithsonian Jazz Masterworks Orchestra

The Smithsonian Jazz Masterworks Orchestra (SJMO) was founded in 1990 with an appropriation from the U.S. Congress in recognition of the importance of jazz in American culture and its status as a national treasure. The seventeen-member big band, led by Artistic Director and Conductor, Charlie Young, serves as the orchestra-in-residence at the National Museum of American History. Its concerts include transcribed works as well as new arrangements, commissioned works, and programs that illuminate the contributions of small ensembles and jazz masters who contributed to the development of American jazz and defined the music’s character. For more information about the SJMO, visit www.smithsonianjazz.org.

Charlie Young is a multi-instrumentalist and a native of Norfolk, VA. Presently, he resides in Washington, D.C., where he is Professor of Saxophone. As a regularly featured member of the Duke Ellington Orchestra since 1988, having performed in Europe and the U.S. with his own jazz quintet, he was invited to the first annual San Remo (Italy) Jazz Festival as Musical Ambassador for Washington, D.C. In 1995, Young became a member of the Smithsonian Jazz Masterworks Orchestra, an ensemble dedicated to the preservation of American classical music.

Tom Williams has lead a sparkling and varied career since he began studying trumpet and drums as a child. Tom joined the renowned Duke Ellington Orchestra, under the direction of Mercer Ellington, with who he played the national tour of the Broadway smash “Sophisticated Ladies,” also touring Japan with the road company. A versatile performer, he has appeared at numerous jazz festivals and venues throughout Europe, Asia, and the United States with artists such as Donald Brown, The Vanguard Jazz Orchestra, Gary Bartz, Hank Jones, Philly Joe Jones, The Woody Herman Orchestra, Frank Foster, The Smithsonian Jazz Masterworks Orchestra, Slide Hampton, Larry Willis, Art Taylor, Milt Jackson, Marlena Shaw, and Barry Harris to name a few.

Since 1989 Tony Nalker has been the pianist of the premier jazz ensemble of the U.S. Army, The Army Blues, is currently the group’s enlisted leader, and will be retiring from the Army in early 2017. Nalker plays for the highest levels of the U.S. government and military and has performed on USO tours to Iraq and Afghanistan. He has also toured on musical diplomacy missions throughout the world for the U.S. State Department. Since 2005, Tony has served as the pianist of the Smithsonian Jazz Masterworks Orchestra, performing throughout the country to share the Smithsonian’s collection of iconic jazz works with the American public. Since 2012, he has also worked with the National Symphony Orchestra Pops. He has also performed on hundreds of recordings in a variety of styles including jazz, folk, children’s music, pop, Broadway, and country.

James King was born in Houston, Texas. He studied at Texas Southern University, the Hampton University, and the University of the District of Columbia and was a well-known bassist in the Mid-Atlantic region. Mr. King has lived and worked in the Washington, D.C. area since 1977. During a musical career that spans more than 25 years, Mr. King – in addition to leading his own groups – has performed with Stanley Turrine, Buck Hill, Elvin Jones, Marlena Shaw, and Ronnie Wells, among others. He has appeared at major jazz festivals in North America and abroad including the North Sea, Montreal, and Pori. Mr. King appeared on the Kennedy Center Millennium Stage as part of the December 25, 1999, Christmas Day Jazz Jam, and he performed in the K.C. Jazz Club with Stephanie Nakasian in her “Tribute to June Christy,” and also T.S. Monk and his ensemble.

Ken Kimery was relocated to Washington D.C. in 1993, where he was invited by Dr. Anthony Brown to become a member of the National Museum of American History’s jazz program. He began as assistant program coordinator of the Jazz Oral History Program, then in 1994, he became the acting producer for the Smithsonian Jazz Masterworks Orchestra, producing its 1994 Washington D.C. concert season and first national tour and finally in 2005 as executive producer.