One of the most incredible natural spectacles that can be witnessed by humans will take place across the entire continental United States this summer. Stretching from Oregon to South Carolina, The Great American Eclipse will plunge a swath of the U.S. into daytime darkness, as the celestial motion of our solar system brings the Earth, Moon, and Sun into brief alignment. On August 21, 2017, this total eclipse of the Sun will be the first in almost 40 years to grace America.

A solar eclipse occurs when the Moon passes between the Earth and the Sun, blocking the sunlight from reaching the Earth. For a viewer, there appears to be a void in the sky, as the shadow cast by the Moon envelops an area stretching around a person for miles. As you look at the Moon, you will see the blackest black imaginable, surrounded by the atmospheric halo of the Sun’s tenuous and undulating corona, normally invisible from the overpowering brilliance of the Sun itself. It is a stark reminder of the Sun’s active nature.

Fortuitously for Earthlings, the distances work so that the apparent size of the Moon exactly fits over the Sun to create perfect coverage. The Sun is about 400 times the diameter of the Moon, but the Moon is also about 400 times closer. This was not always the case. Early in Earth’s 4.5 billion year history, the Moon began closer to our planet, taking up a larger portion of the sky. Due to the exchange of gravitational energy between the two bodies, the Moon perpetually drifts farther away, at a current rate of 1.6 inches per year from its average distance of about 239,000 miles. We are now in the exact, perfect time for the Moon to cover the Sun, while still letting the Sun’s corona peek past its edges. Eventually, the Moon will blot out only a portion of the Sun as it moves away from us and will cover a smaller area of the sky, leaving a solar ring during an eclipse. While beautiful, it will still pale (no pun intended) in comparison to a total eclipse. One day, there will be a final total solar eclipse. Good news though, we still have about 500 million years until this happens.

While the entire continental United States will receive at least a partial eclipse, only the full splendor can be experienced in the relatively narrow shadow path of totality or umbra.

For those remaining in areas of semi-shadowed penumbral (or partial) eclipse, safe viewing precautions must be taken, as looking at even a sliver of the Sun directly is still highly hazardous. As in moments leading up to the total eclipse, viewers of a partial eclipse must use special equipment, such as solar filters, eclipse glasses, or even welder’s masks, provided they are grade #14 or darker. Regular glasses are not nearly dark enough to protect from the immense photonic overload that the Sun can impart upon your eyes.

When it comes to Sun safety, there are three rules to remember:

Even brief periods of unprotected viewing can cause permanent damage to vision or even blindness. 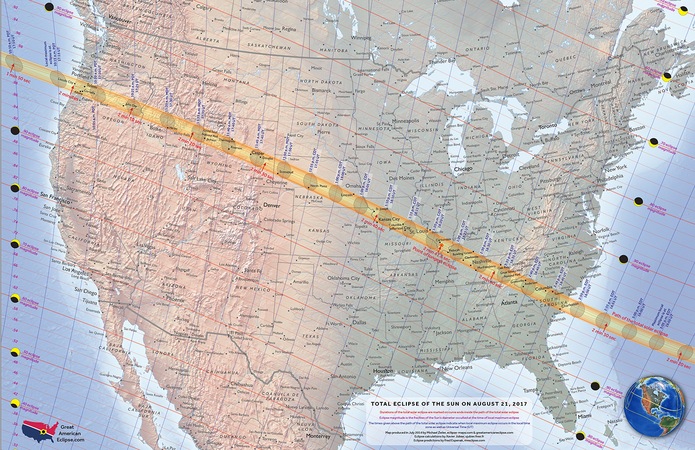 While the entire event spans nearly three hours in the path of totality, totality itself will only last a few moments – about 2 minutes and 30 seconds for most places, but viewers will remember that precious time for the rest of their lives. You will have a deeper awareness of the motion of our planet and the Moon as you witness this movement with a clarity never available before. You could experience unexpected emotions; viewers often report primal feelings of awe and amazements, with an uncontrollable urge to gasp, shout, or cheer. You will certainly smile and you may even cry as you realize, perhaps for the first time, that you are not an outsider, detachedly watching the universe, but rather a full participant in the cosmic action. The Moon’s shadow will race across the Earth, finally encompassing you in darkness and a sunset seeming to come from all directions on the horizon. Bright stars, such as Regulus, and the planets Mercury, Venus, and Mars will be visible in the sky. Vibrant colors will dance in the heavens near the eclipse. You will feel a profound connection to your planet, the universe, and your fellow humans as never before. Pictures and videos cannot do justice to the firsthand experience. When it ends, you will likely have been bitten by the eclipse bug and will begin planning for the next one in 2024. 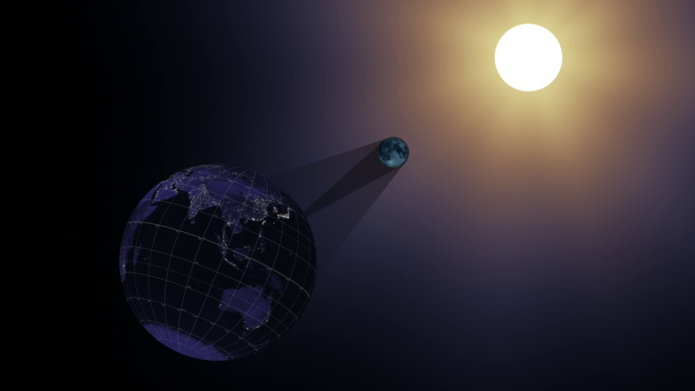 Eclipses are not just renowned for their beauty, as they create rare opportunities for some serious scientific work. The solar eclipse of May 29, 1919, helped confirm Albert Einstein’s theory of general relativity. Measurements of stellar distances within the constellation Taurus could be made with an without the sun between them. An apparent shift in distances while stars were visible near the eclipsed Sun demonstrated the deflection of their light as it passed around the Sun, en route to Earth, thus substantiating Einstein’s claims on the nature of light, gravity, and the warping of space-time and therefore expanding humanity’s knowledge of the nature of reality. 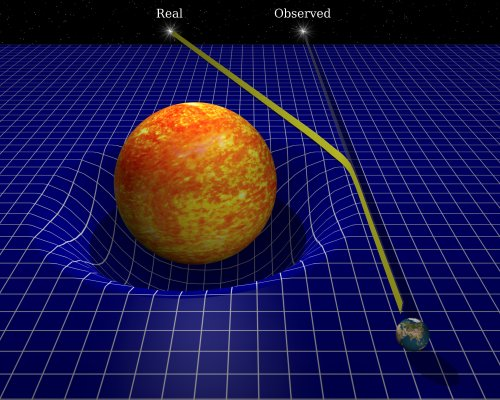 The eclipse also provides an opportunity to better understand the Sun’s faint corona. Some strange things happen in the corona, where the 10,000 degrees Fahrenheit temperatures at the surface of the Sun sharply and perplexingly spike a few million degrees farther away from the surface. Data collected during each eclipse brings us one step closer to solving this “coronal heating problem” and better grasping the stellar dynamics of our home star. 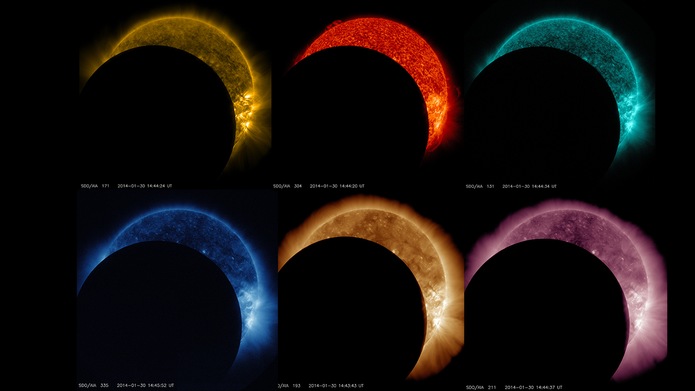 If possible, totality should not be missed. The reason this particular eclipse is so special and has been dubbed “The Great American Eclipse” is due not only to the path covering so much of the U.S. but to its accessibility for so many Americans as well. Most Americans can reach the path of totality within a drive time of about 6 hours, with much of Florida falling into this category. With people flocking into the path from not just the corners of America, but from all around the world, planning will be crucial for those that want to participate. Traffic will be heavy, to say the last. Hotels and flights have been booking for years already. In expectation of the hordes of visitors, many towns will be hosting eclipse festivals. As with every astronomical event, the wild card will be the weather. Remaining on the humid east coast on August 21st is a gamble. The sky could be crystal clear, or there could be thunderstorms and you may miss everything. Even worse is the prospect of being in the peak of hurricane season. Many will be traveling to the dryer northwest United States to avoid this problem. Wherever you make the trek into the path though, experienced eclipse viewers recommend that first timers avoid taking pictures and videos and instead simply use your senses to fully immerse yourself in the moment. Taking grainy cell phone images will be a poor use of your time, especially compared to the professional footage that will be readily available.

A total solar eclipse is a rare and extraordinary phenomenon – a cosmic billiard shot as the Earth, Moon, and Sun align in an incredible celestial coincidence. For many, it will be a once in a lifetime experience and will be unforgettable for those that observe it. Do everything you can to witness the majesty or totality. Have a safe and fun viewing!

The Museum of Arts & Sciences will be hosting its own Great American Eclipse viewing on Monday, August 21st from 1:00 p.m. to 4:15 p.m. outside of the Planetarium lobby. We will be exercising safe viewing experiences by selling solar eclipse glasses and operating our solar filter-equipped telescope that will allow visitors to see the eclipse happening in real time (weather permitting). We will also have staff on-hand to discuss the science behind the e vent and will be tuning into digital streams of the total solar eclipse occurring across the United States.