The phylum Arthropoda is home to the largest group of animals. The creatures residing in this phylum have the shared characteristics of jointed appendages, compound eyes, exoskeletons, and open circulatory systems. Within the arthropod phylum is the class Arachnida. Spiders, ticks, and scorpions are part of this class. They are not considered insects, which have six legs and three appendages, but arthropods possess eight legs, two appendages, and no antennae. Out of the 40,000 known species of spiders worldwide, 3,000 can be found in North America. 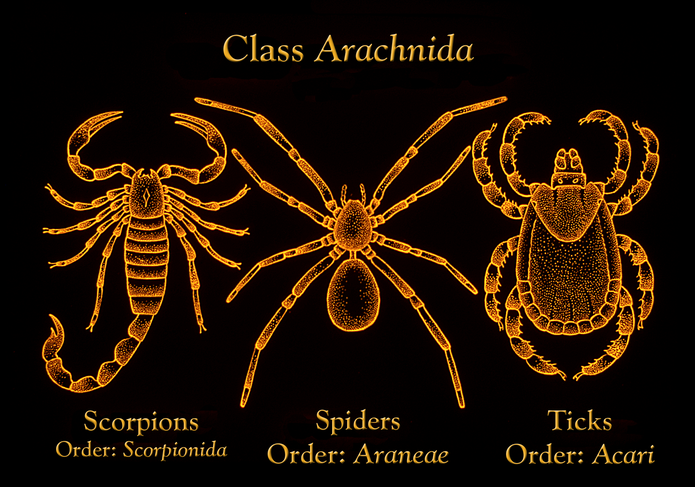 Spiders are predatory creatures, as well as cannibalistic. In cases where the female spider is larger than the male, she will eat him after mating. The most famous species of spider to practice this is the black widow. There is not a complicated reason behind most of the cannibalism happening within the spider world; it is simply because she is hungry and because she can. However, there are some more complicated species where the male spider is extremely picky choosing which female to reproduce with. Since he will only get one shot to pass on his genes before he is devoured, he does not take the task lightly. Spiders reproduce by carrying their eggs in a silken egg sac. The egg sac will be either carried by the female or hidden in the web. After the egg sac is deposited it only takes about two to three weeks for the baby spiders to hatch; and then about a year for them to reach adulthood.

Spider webs are extremely strong and possess some unique and amazing properties. The webs are produced from a gland on the spider's abdomen and the spider silk is used for many purposes, such as egg carrying, lining, and used for dispersal of juveniles, a behavior known as ballooning. Most spiders spin webs to capture their prey. Some spiders, such as the wolf spider or jumping spider, will actively stalk and capture their prey. This is called active hunting, while passive hunting involves spinning ornate webs to capture their prey. Spider’s webs also have electrostatic properties that can sense when an insect flies by. When this detection occurs the web is pulled in the direction of the positively charged insect, which can help catch the prey. 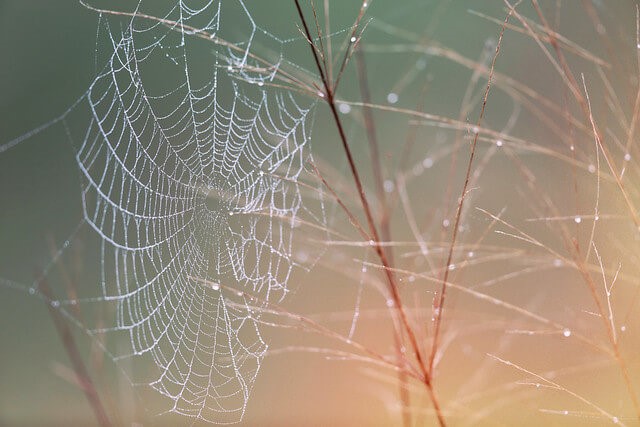 Spider webs can also collect pollen and air pollutants. While insects flying through the air collect charged particles, so do air pollutants, which become attracted to the webs, specifically orb spider webs. Particles that are collected on webs can include harmful aerosols and heavy metals from car exhaust. Before constructing new webs, spiders will ingest old or damaged ones and can ingest these harmful particles, which can lead to weaker webs and decreases the number of captured prey. So, the presence of spiders and the durability of their webs are an indication of air quality in the area. More studies are being conducted on the proximity of webs to busy roads and highways to determine the overall health of certain environments, as well as how minute heavy metals impact spider webs and health.

Jumping spiders are a common find throughout fields and open woodland habitats in Florida. All species of jumping spiders are small, only reaching a length of 15 mm. Their eye arrangement, set in three rows, is a helpful identification tool. They are among the group of spiders who actively hunt, so they do not build webs. They will pounce on their prey and normally hunt during the day. 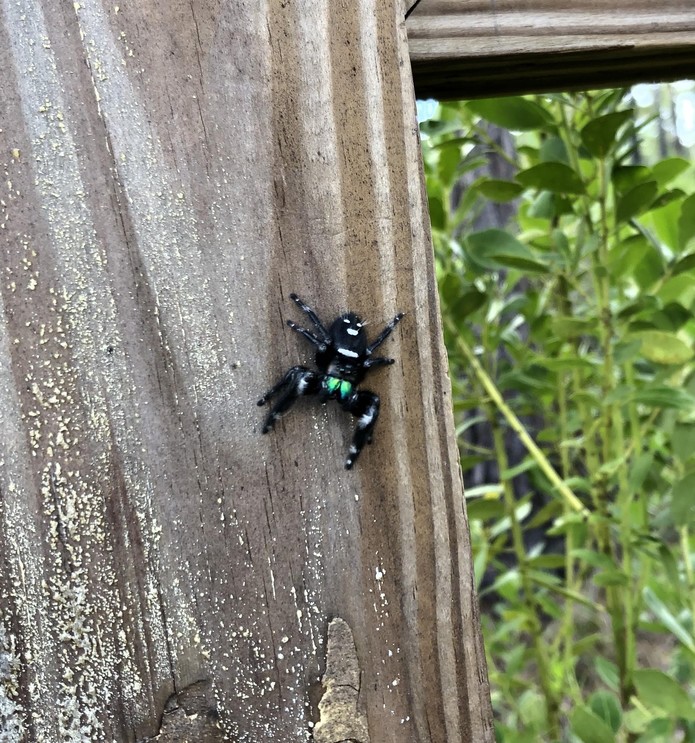 Walking through Tuscawilla Nature Preserve at the Museum of Arts and Sciences, you’ll come across a few spiders that can be found throughout Florida and the southeast. The golden silk spider is a common spider that is an easy one to spot. It is one of the largest orb-weaver spiders in the country; the female can be 25 mm to 40 mm long and the male only reaching up to 6 mm. The male can be found in the webs of the female sitting in one of the corners. Another common and colorful spider that catches the eye is the spiny orb-weaver. It is easily recognizable with its black spots and large red spines on the margin. Females can reach 10 mm long and 14 mm wide. 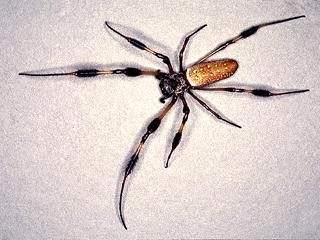 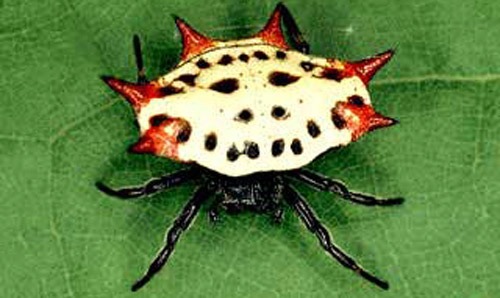