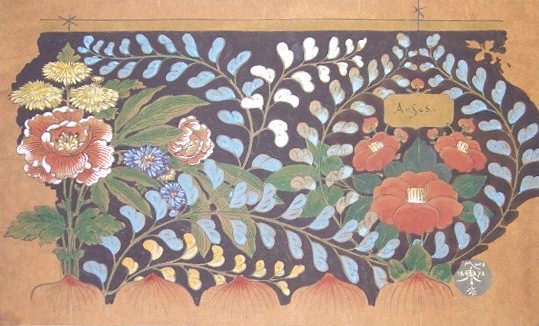 One of the highlights of the exhibition, Attention to Detail: Architectural Arts and Design in the Collection on display beginning January 13 in the Karshan Center of Graphic Art, is a group of design drawings Émile Auguste Reiber (1826-1893). Reiber was born in the northeastern Alsace region of France close to Germany and Switzerland but made a name for himself in Paris designing decorative arts for the prominent Christofle design studio beginning in the 1860s.

The highly-detailed, full-color drawings of Jardinieres (ornamental pots for growing plants), vases, cachepots, and other decorative arts on brown drafting paper in the MOAS collection are a real treasure trove of original drawings by this master of mid-19th century Japonisme. In fact, the collection may be one-of-a-kind as design drawings of this type were in past centuries thought of as merely preliminary steps necessary for the production of utilitarian decorative arts and have only in recent decades come to be looked upon as works of art in-and-of themselves. Many a beautiful, painstakingly rendered design drawing for an expensive vase, dinnerware set, candelabra, mirror, etc. has been discarded in years past once the objects were realized. Moreover, the artists who created these fine drawings were often only considered "artisans," a class below fine artists. Many never even signed their drawings. In this, Reiber is somewhat unique in that his drawings usually contained his very Japoniste cipher which can be seen at the bottom in between the two vases pictured below. 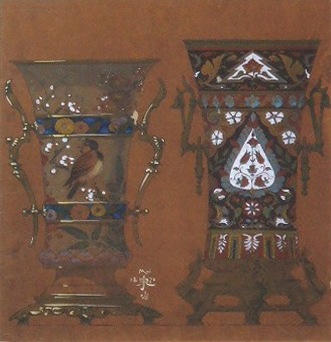 The rage for all things Japanese in Europe was prompted by the reopening of trade with the west in 1853 after the famous American, Commodore Matthew Perry, led his four ships into the harbor at Tokyo Bay to re-establish for the first time over 200 years regular trade and discourse. Soon Europeans were exposed to the full wealth of Japanese style in kimonos, silks, fans, lacquers, bronzes, and small replicas of Japanese architecture such as decorative pagodas. In addition, Japanese woodblock ukiyo-e prints were readily available and the trajectory of European art was forever altered. Giants of European and American artists such as Henri de Toulouse-Lautrec, Edgar Degas, Claude Monet, Mary Cassatt, and James Whistler - to name only a handful - quickly absorbed the bright color palette, unique perspective and composition and, above all, the use of negative space in works by Japanese woodblock artists. Some of the most famous works by late 19th Century masters of Western art were heavily influenced by the Japanese style and aesthetic, and this phenomenon lasted into the early 20th century, becoming a major factor in movements such as Art Deco. 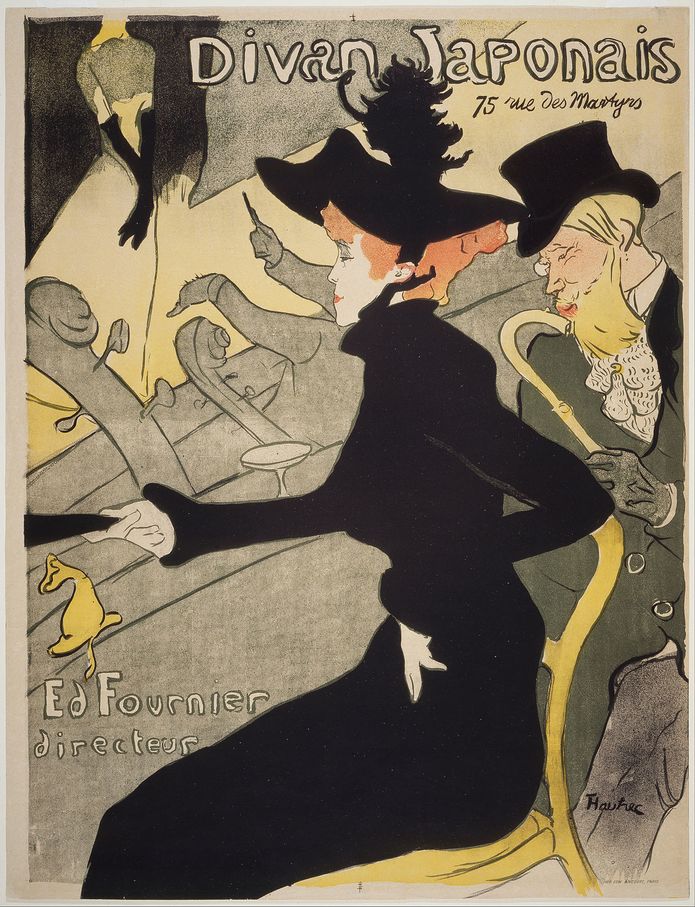 As is often the case with designers, Reiber began by studying architecture in Paris at the age of 21 and 1847. Three years later, he was awarded the Grand Prix. Soon, he became involved with industrial design and founded an influential periodical L'Art Pour Tous with the ceramicist, Theodore Deck (1821-91). By the early 1860s, he joined the Christofle design studio and was its head designer by the end of the decade. Specializing in Japanese metalwork, he mastered the arts of cloisonné and mokume (mixed metal objects) to such a degree that his works were often confused with true Japanese works. 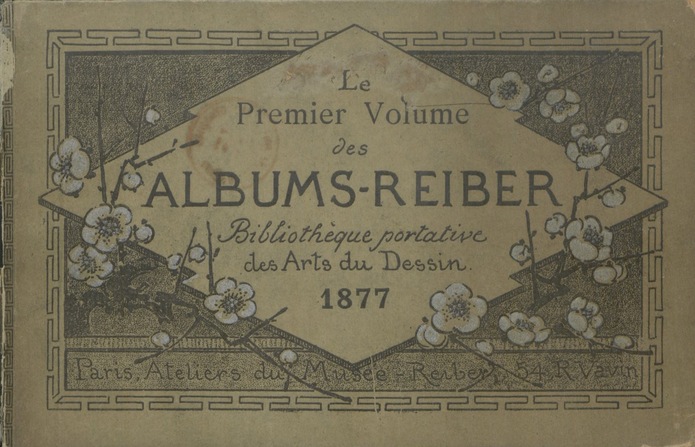 In efforts to advance the Japoniste style, Reiber also published a style book titled, Albums-Reiber that is a fascinating object in its own right. Inside, he included prints of all manner of Japanese types of art objects and their settings with anecdotes and bits of Japanese folklore, etc. to provide the proper inspiration and insight into this foreign culture. "Style books" of this type are a thing of the past as technology has long since passed up the need to transfer knowledge like this in small book form. Nevertheless, the charmingly modest little Albums-Reiber exists to remind us that, in so many ways, methods to produce art and decorative arts have dramatically changed in the past century and a half. Similarly, the beautiful works by Émile Auguste Reiber in this exhibition remind us that immense talent and countless hours are behind the many varied decorative arts traditions of the past. We can count ourselves very lucky that some of the evidence of that has survived in the MOAS collection.

Attention to Detail: Architectural Arts and Design from the Collection is on display through April 15, 2018 in the Karshan Center of Graphic Art.