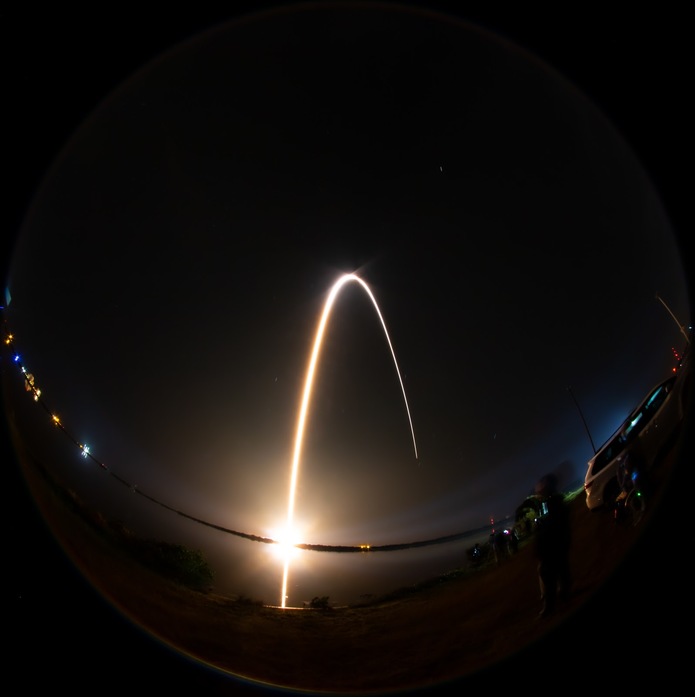 Pssst. Hey, you. Yeah, you. Wanna hear about a secret spy satellite mission? A classified payload that launches aboard one of the loudest and brightest man-made objects on Earth? Okay, so maybe it’s only partly secretive.

On a clear, calm Thursday evening, December 10th, a United Launch Alliance Delta IV Heavy rocket sliced through the dark skies above pad 37B at Cape Canaveral. Three liquid hydrogen/liquid oxygen fueled RS-68A engines produced 51 million horsepower to lift the 235 foot tall vehicle, ULA’s largest and most powerful of their fleet. With a slow, rumbling, thundering ignition, the monstrous rocket climbed high into the air, before rolling east and accelerating away over the Atlantic Ocean, destination unknown.

NROL-44 Launch Through a Telescope: https://bit.ly/NROL-44Launch

The Lohman Planetarium crew, Seth Mayo and Jason Schreiner, captured the launch of the NROL-44 mission through one of our 8-inch Cassegrain telescopes on Thursday, December 10th. Filmed only 1.6 miles away from the SLC-37 launchpad at the Cape Canaveral Space Force Station, the slow-motion footage illustrates the power of the three engine cores of the United Launch Alliance Delta IV Heavy rocket as it lifted a secret payload into space for the U.S. National Reconnaissance Office.

While there’s no hiding the launch itself, the final trajectory and the payload are subject to a large degree of speculation. However, we can use gathered information from past missions and known launch parameters from this launch to make some educated guesses about the cargo being delivered to space.

The classified mission, dubbed National Reconnaissance Office Launch 44, is shrouded in mystery like other NROL projects, but that hasn’t stopped intrepid amateur astronomers from observing previous satellites. Because of the immense power produced by the Delta IV Heavy rocket, we can assume it was needed to propel a massive payload. In fact, we believe the spacecraft was one of the heaviest and largest classes of satellites, the Orion. Seven of these signals intelligence (SIGINT) satellites have previously been deployed from Cape Canaveral, dating back to 1995. The orbital energy of a hulking Delta IV Heavy can be used to fling a lightweight spacecraft into a fast and far-away trajectory (Good Speed, Parker Solar Probe! (moas.org)), or in this case, to push a bulky satellite into a nearby, Earthbound orbit. Once these 11,000lb spacecraft are fully deployed in geostationary orbit, they occupy an area roughly the size of a football field, spreading their radio reflecting dishes to a diameter in excess of 330 feet. 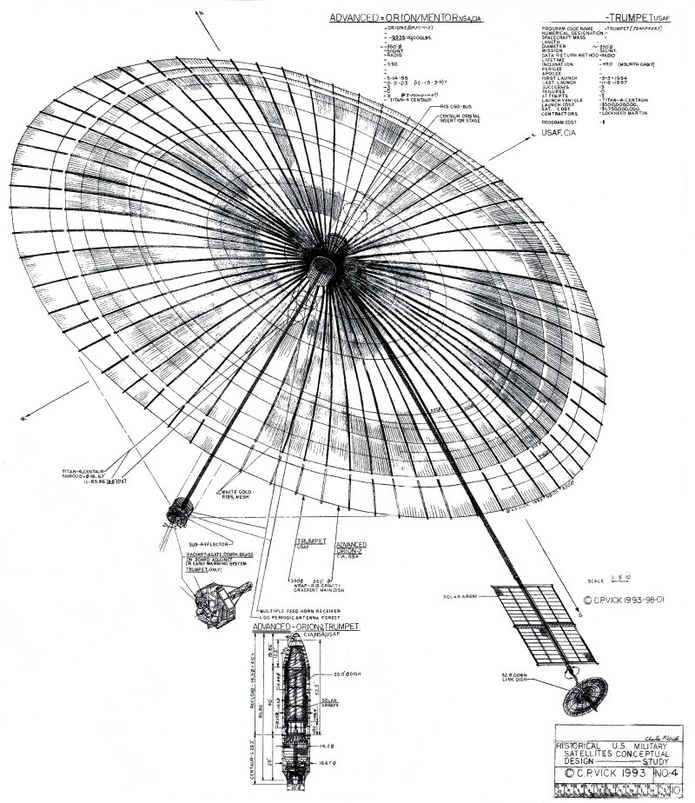 There are no publicly available pictures of the Orions, so we’ll have to settle for a diagram.

Once launched, the only way to spot these satellites is with night sky imagery. During a long exposure astrophotography picture, stars will leave streaks as the Earth rotates. However, any geostationary objects in orbit will remain sharp pinpoints, as they hold position above a given land area. 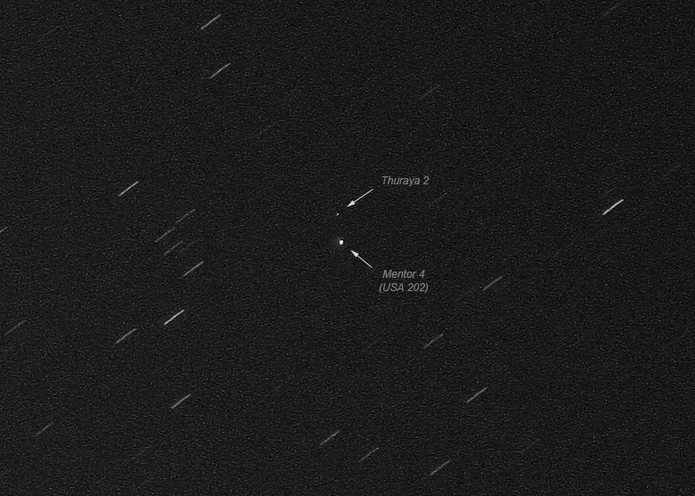 “We are proud to launch NROL-44 alongside our partners at ULA, the 45th Space Wing, and the U.S. Space Force Space and Missile Systems Center,” said U.S. Air Force Colonel Chad Davis, Director of the NRO’s Office of Space Launch. “This launch is a testament to the resilience and expertise of our launch teams, who have worked together to troubleshoot issues to make this launch possible,” continued Colonel Davis in a press release, referring to the three scrubbed launch attempts preceding this fourth, successful attempt.

The mission carried a classified national security payload designed, built and operated by the NRO in support of its overhead reconnaissance mission. Data collected by the NRO’s national security systems are used to provide intelligence to senior policy makers of the United States, the Intelligence Community and the Department of Defense, as well as U.S. allied partners. Data collected by NRO systems can also be used to assist emergency and disaster relief efforts in the U.S. and around the world. Experts believe these enormous dishes can intercept cell phone signals, VHF radio and mobile data links. 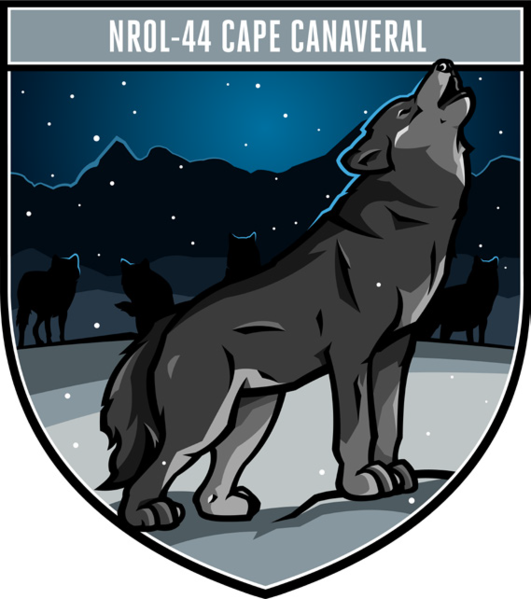 The NROL-44 mission is represented by a patch with five wolves that show solidarity across the Five Eyes (FVEY) community of Australia, Canada, New Zealand, the U.K. and the U.S. The wolf's howl represents its capability to warn the pack as the first point of detection against threats.

Previous Orions have collected data from above Pakistan, Afghanistan, China, the Middle East, Northern Africa and Latin America. It is unknown whether this new spacecraft will replace an aging satellite, or expand the coverage area around the world. Once settled into orbit, amateur satellite hunters will begin their ground-based reconnaissance to discover its location.

The National Reconnaissance Office’s next launch will be NROL-108, which is scheduled to launch from Kennedy Space Center later this month. Don’t tell anyone though, it’s a secret.