This past Sunday at 11:17am EST, from NASA's Kennedy Space Center, yet another rocket lifted off into space for the CRS-21 mission. What now seems like a routine occurrence down at the Cape, this particular launch was an important milestone as it was the 100th successful flight for the commercial company, SpaceX. It was also the first mission to use the Cargo Dragon 2, an upgraded cargo spacecraft used as a resupply vessel to the Earth-orbiting International Space Station.

Here is a shot of the launch through one of our smaller MOAS telescopes from the Press Site at KSC. This was just after liftoff as the Falcon 9 rocket left the Earth from LC-39A - a pad that was used in the Space Shuttle and Apollo days. 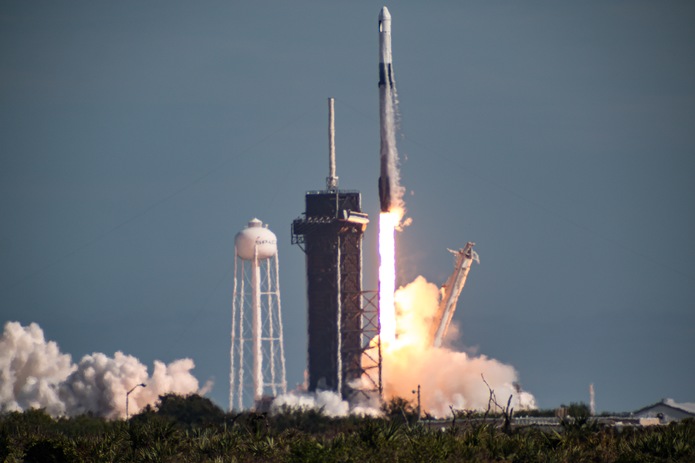 Having had the privilege of capturing these rockets on numerous occasions from the media viewing area - about three miles from the launchpad - this engineering feat never gets old to watch.

Through one of our larger telescopes, the view gets even more dramatic. With a DSLR camera attached to one of our 8-inch Schmidt-Cassegrain telescopes, I carefully followed the launch from the moment of liftoff to when the rocket and spacecraft disappeared in the upper layers of the atmosphere. This tracked view is in slow-motion, which captures the fine detail of the launch at various stages.

As you watch the signature black-and-white-styled Falcon 9 launch upward from the power of its 9 Merlin engines, you get a nice glimpse of the Cargo Dragon 2 at the top, carrying the precious supplies and experiments meant for the ISS.

This SpaceX cargo vessel is very much like the Crew Dragon, a spacecraft that has already brought commercial crew astronauts to the ISS on two occasions this past year. The cargo vessel is a stripped-down version that doesn’t have life support, control, and launch abort systems that are needed for human passengers.

The Cargo Dragon 2 also has an upgraded launch capacity (20% increase from the previous version) as it carried more than 6,500 lbs up into space. For the CRS-21 mission, this included an asteroid mining experiment (BioAsteroid), a heart tissue experiment (Cardinal Heart), a white blood cell testing system for long-duration spaceflight (Hemocue), and a commercial airlock that will be used to launch small satellites (Nanoracks Bishop Airlock), just to name a handful of the items sent to the Earth-orbiting science laboratory.

On Monday, the Cargo Dragon 2 met up and docked with the ISS after a 26-hour flight into space.

This striking image taken by an ISS crew member provides a great view of the commercial vessel as it approached the ISS. Now safely mated to its docking port, there are now six spacecraft attached to the ISS: three American and three Russian. One of those is the Crew Dragon from the Crew-1 launch from last month that carried four astronauts to the Station. 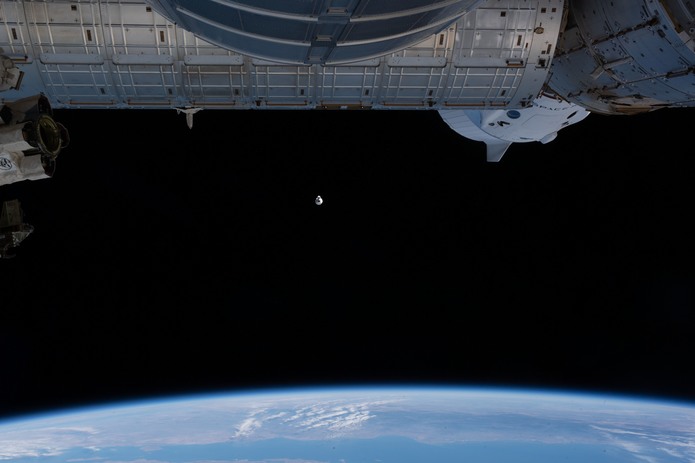 This launch is just one of many that are planned in the near future that continue to usher in the age of commercial access to space.

Keep tabs with us as we continue to cover many of these launches and missions.

Here are more of the pictures we captured of the launch of CRS-21. 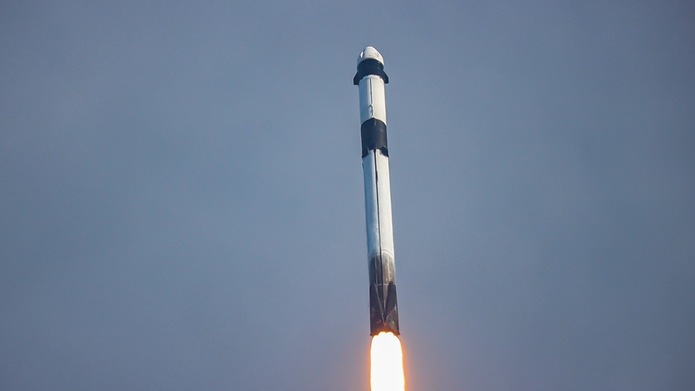 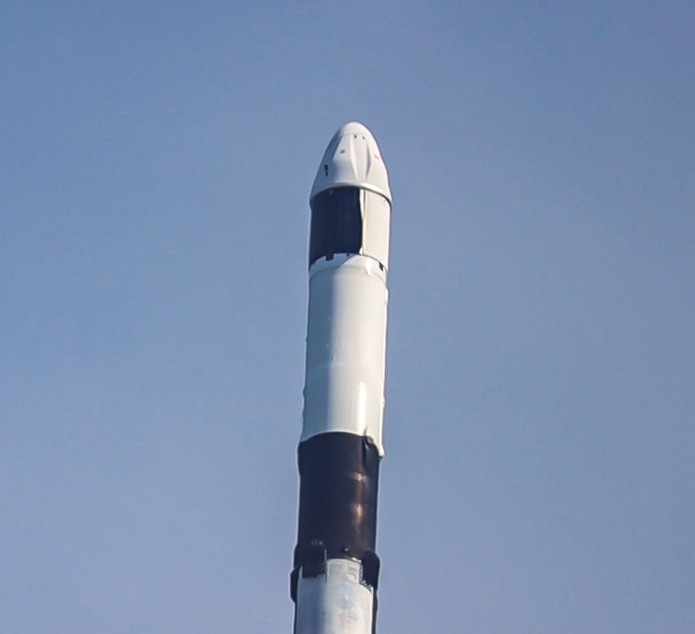 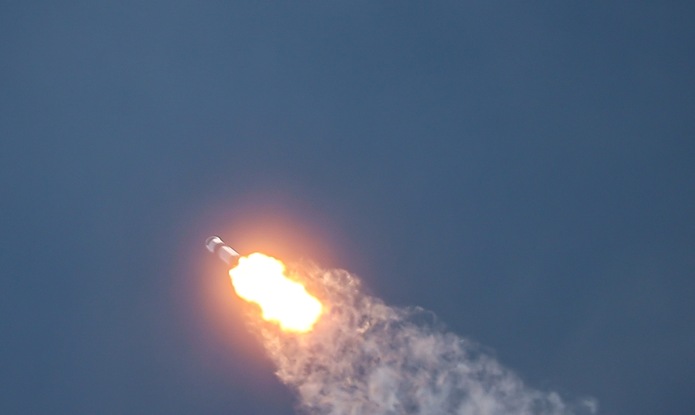 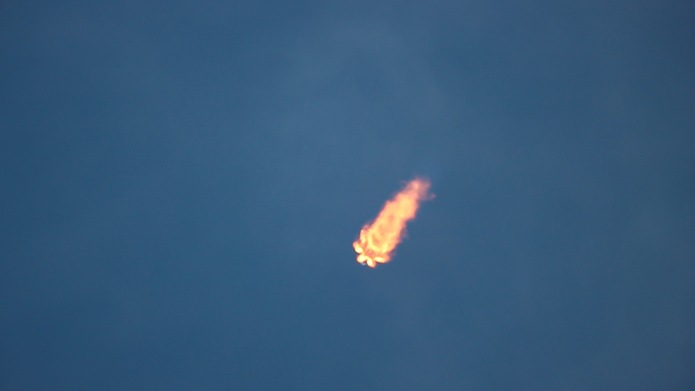