Up, Up and Away: Crew Dragon Demonstration Mission 2 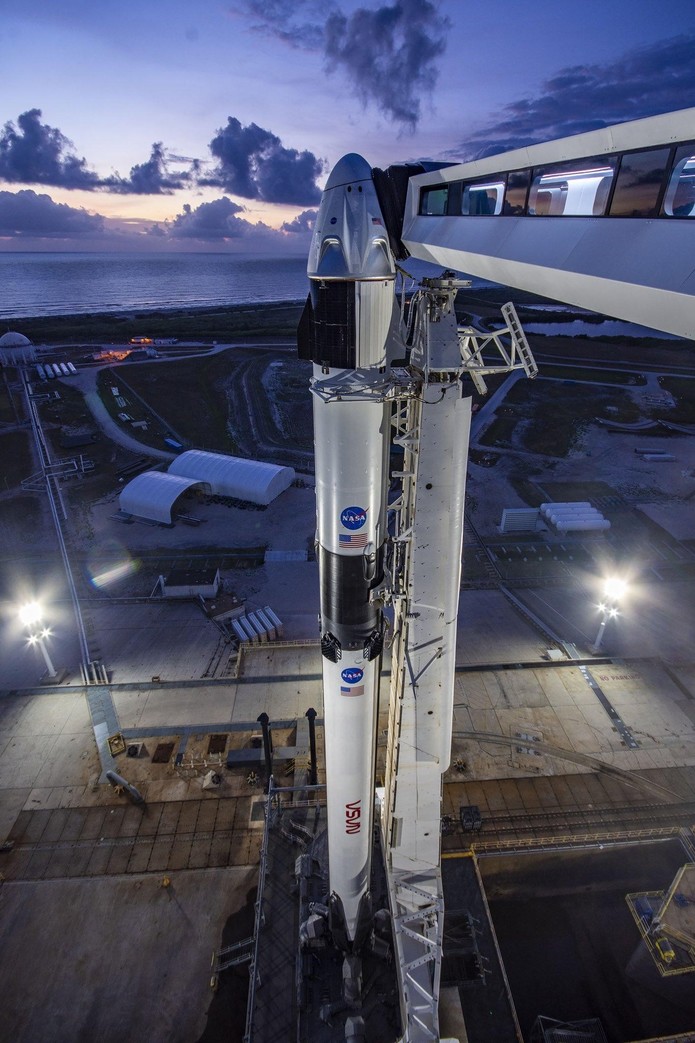 For the first time since the retirement of the Space Shuttle program in 2011, Florida will witness humans once again returning to orbit from the Space Coast.  SpaceX will launch the second demonstration mission of its Crew Dragon vehicle in the next phase of NASA’s Commercial Crew Transportation Capability Program (CCtCap).  Veteran astronauts Doug Hurley and Bob Behnken have been selected to prove the Crew Dragon’s ability to safely deliver people to the International Space Station and back to Earth.  This is the last major milestone for certification of the Crew Dragon vehicle.

On Wednesday, May 27th at 4:33 pm (weather permitting), the launch will take place from Kennedy Space Center’s historic Launch Complex 39A, the very same spot from which astronauts launched aboard Saturn V rockets and the Space Shuttle. 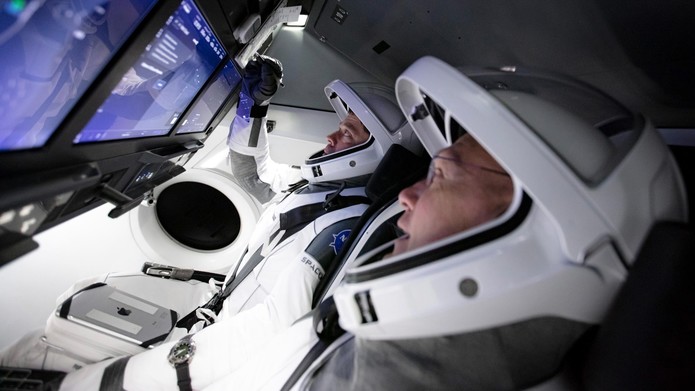 Astronauts Bob Behnken (far) and Doug Hurley (near) prepare to launch to the International Space Station
under a NASA/SpaceX partnership.  Image credit: SpaceX

Hurley and Behnken won’t just be serving as test pilots on a quick demonstration flight.  After 19 hours in orbit, the Dragon 2 will dock with the International Space Station, where Hurley and Behnken will contribute as productive crew members on Expedition 63 for up to 110 days before returning home.

SpaceX Demo 2 Mission Animation.  This will be SpaceX’s final flight test for NASA’s Commercial Crew Program and its first-ever flight with a crew. It will be the first launch of astronauts to the space station from U.S. soil since 2011.  Video credit: SpaceX/NASA

This mission is the culmination of years of testing, trial and error, with the ultimate goal of transporting humans to other worlds.  A Crew Demo mission success will put SpaceX one giant leap closer to that objective.  Let’s look back to just a few of the stepping stones taken by SpaceX to reach where they’ve gotten today.

Under normal circumstances, I would encourage people to view the launch from a public area in Cape Canaveral.  However, with the current state of things, I strongly recommend watching from home, rather than joining the crowds.  People will be clustered too close for comfort.  Traffic will be a nightmare and we don’t want to overwhelm the police running crowd control.  Unless you have experience watching launches in person and know of a special, secluded location, stay home for this one.  The best way to watch will be with a live stream.  If you have a clear view around your house, anyone in Volusia County will be able to see the rocket traveling up the east coast of Florida as well.  Starting at noon on May 27th, NASA will host about 7 hours of live coverage:  https://www.nasa.gov/nasalive.  You can also watch here: https://www.spacex.com/launches/.

What does it feel like to experience a launch up close, though?  While the general public can get as close as about 10 miles, members of the media can get to within about 3 miles.  This is a much more intense experience.  Even after watching dozens of launches from this distance, it still doesn’t get old.  When the countdown reaches zero, the first change is an orange glow from the base of the rocket.  After a second or two, as the rocket starts lifting off of the ground, that glow transforms into a blindingly bright inferno.

There’s no sound yet though, except for the rapid camera clicking from the photographers.  The noise from the rocket hasn’t had time to travel across the land and water for us to hear.  After a 20 second delay, the sound greets us with a ferocity equal to the brilliant fire trailing from the rocket engines.  For SpaceX’s beefier rocket, the Falcon Heavy, the sound waves are strong enough to feel like someone is drumming on your chest and loud enough to make you regret not wearing earplugs.  The liquid oxygen (LOX)/refined kerosine (RP-1) mixture used by the Falcon 9 creates a thumping, rippling, rumbling roar like a sustained thunder.  After only about a minute, the rocket is already gone, downrange many miles away, leaving behind only a cloudy vapor trail in the sky.  Following the flight, with birds having taken flight from fear and insects being shocked into silence, the area is even quieter than the calm before the launch.  As the rocket propels toward space, I am always left with a feeling of pride at witnessing what humans can accomplish.

In addition to the launch, SpaceX will attempt its 52nd landing of a Falcon rocket.  This will take place about 317 miles downrange of the launch site, or roughly 100 miles off the coast of South Carolina. 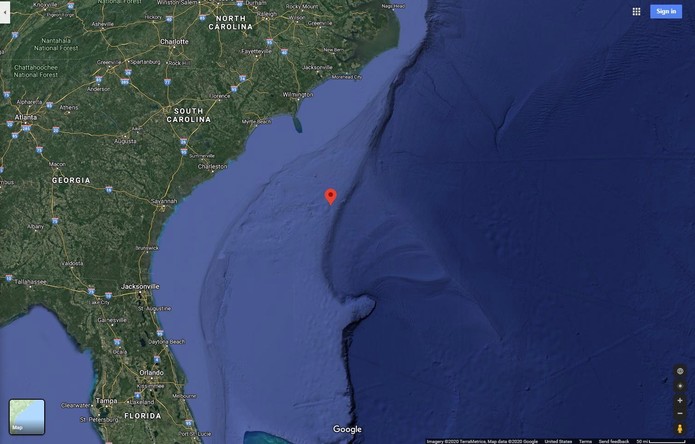 If the middle of nowhere in the Atlantic Ocean seems like a strange place to safely land a rocket, you aren’t wrong.  Nobody else but SpaceX can do it.  When launch parameters require the use of most of the fuel to send a payload to orbit and the rocket doesn’t have enough to return to the landing pad, SpaceX brings the landing pad to the rocket.  The Autonomous spaceport drone ship Of Course I Still Love You will be stationed at these precise coordinates to catch the reusable Falcon 9. 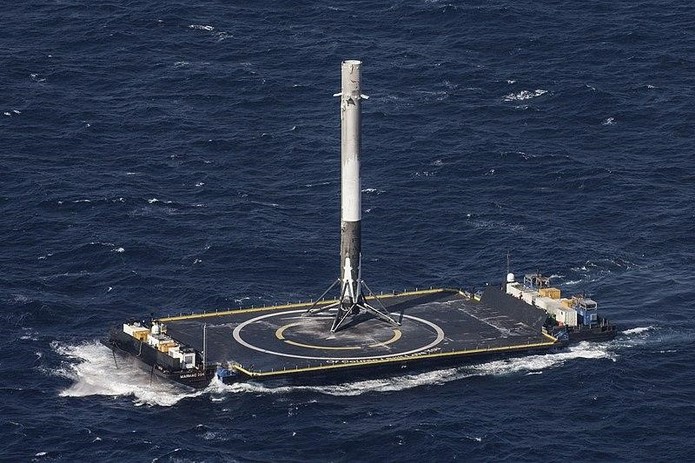 April 8th, 2016: The football field sized, Of Course, I Still Love You secures the first successfully landed rocket on a drone ship.

If you want to test that you’ve got the right stuff, try docking the Dragon capsule with the International Space Station yourself: SPACEX - ISS Docking Simulator.

Note: In case of weather or technical issues, a backup launch date has been set for May 30th.