The mid-twentieth century Pop Art and Op Art (Optical Art) movements had their roots in the highly influential European art schools and movements that preceded them during the two world wars and immediately after. In particular, the Bauhaus school, founded in Weimar in 1919 by the German architect Walter Gropius (1883-1969), followed a Utopian concept, a mission to completely design and define modern life. Its doctrine went beyond the integration of form and function and sought to bring together all branches of art and design into a seamless whole. Although it existed for only fourteen years and actually enrolled only 1,300 students, its influence is seen throughout the world in numerous buildings, artworks, objects, concepts and Modernist design aesthetics still popular today. The Bauhaus School closed in Germany in 1933 but many of its artists, architects and designers, such as Werner Drewes represented in this exhibition, emigrated to the United States fleeing the growing antisemitism in Europe. The Museum of Modern Art in New York held a pivotal Bauhaus School exhibition in 1938 and American artists responded vigorously to this newly exported European movement, absorbing its emphasis on sleek, clean geometry as a reflection of the Modern Age. 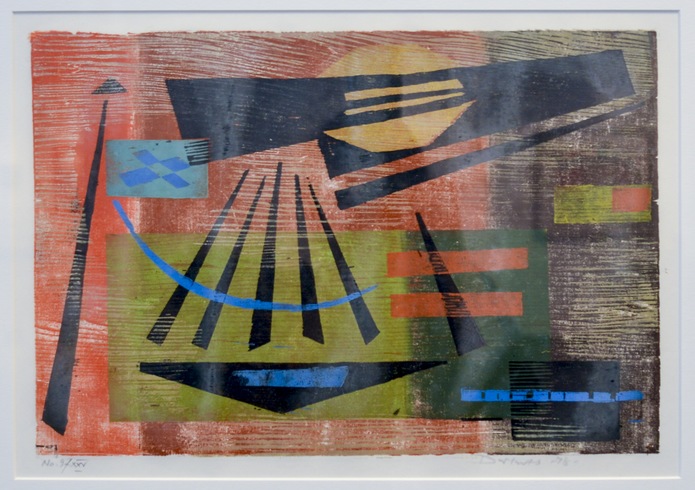 Other important early 20th century European movements such as Cubism and Surrealism were influential on American art of later decades. The artist, writer and poet Jean Cocteau (French, 1889-1963) was a friend of Picasso And Dali and is represented in this exhibition by an image that illustrates beautifully how the whimsy, irony and childlike nature of some early 20th century art tendencies informed later movements such as Pop Art. The Cubist and, especially, the Surrealist artists sought to turn the overly-serious art establishment on its head and it would be hard to imagine Pop Art without their initial groundbreaking in this regard. 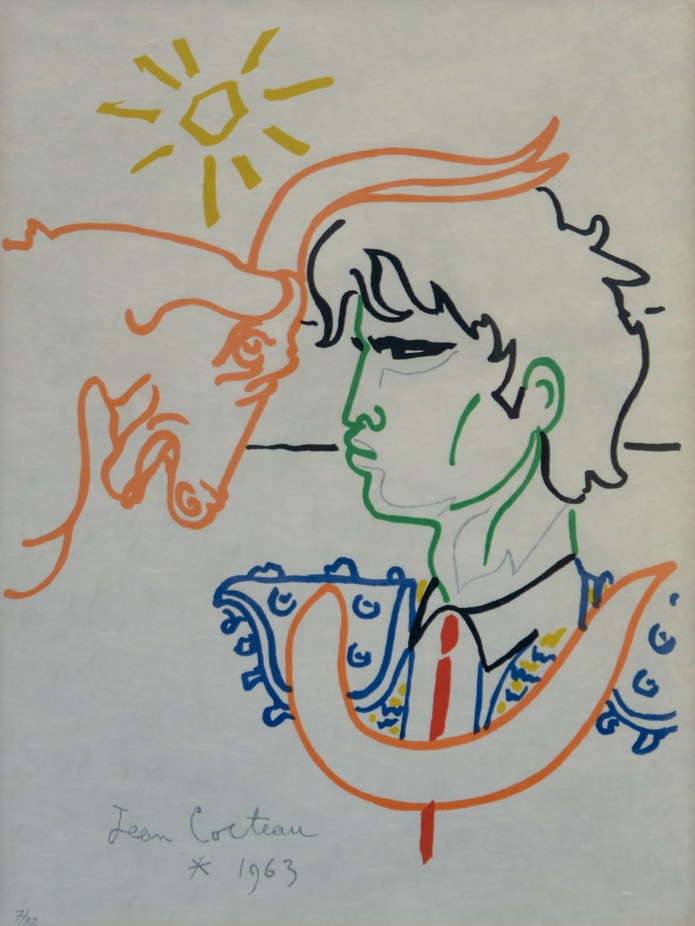 Abstract Expressionism, happening in the aftermath of the great upheaval that was World War II, grew up as a freer form of Abstract art – one allowing the artist more direct, immediate expression in paint and/or printmaking; one freed of the hierarchy of geometric abstraction. Robert Rauschenberg (1925-2008) is considered a mid-twentieth American artist who bridged Abstract Expressionism and Pop Art, a movement which gained its name from the appropriation of popular cultural items such as comic books, magazines and newspaper images. Multiple works in this exhibition show his use of newspaper or newsprint imagery and Andy Warhol – the name most famously associated with Pop Art – himself credited Rauschenberg and his use of such common materials as the inspiration for Warhol’s vast body of print and silkscreen works. But this influence was reciprocal and Warhol, in turn, taught Rauschenberg the technique of photo silkscreening. Theirs was a back-and-forth exchange of information and ideas and the two artists influenced generations of artists after them, not the least of which was the Graffiti art of the 1990s represented here in the art of Crash (aka John Matos). 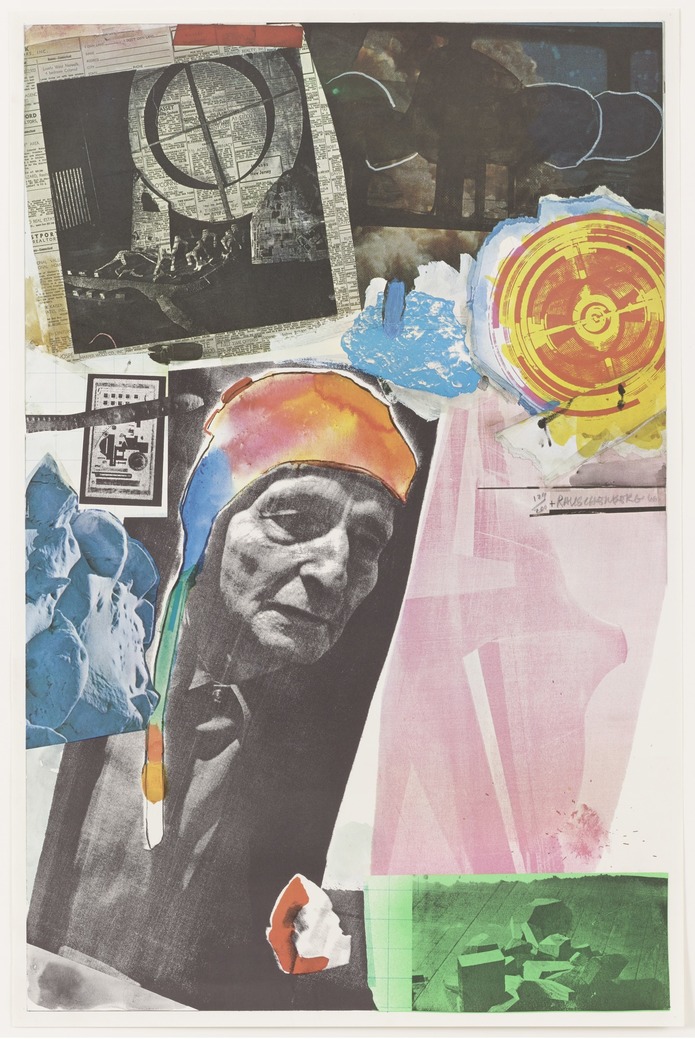 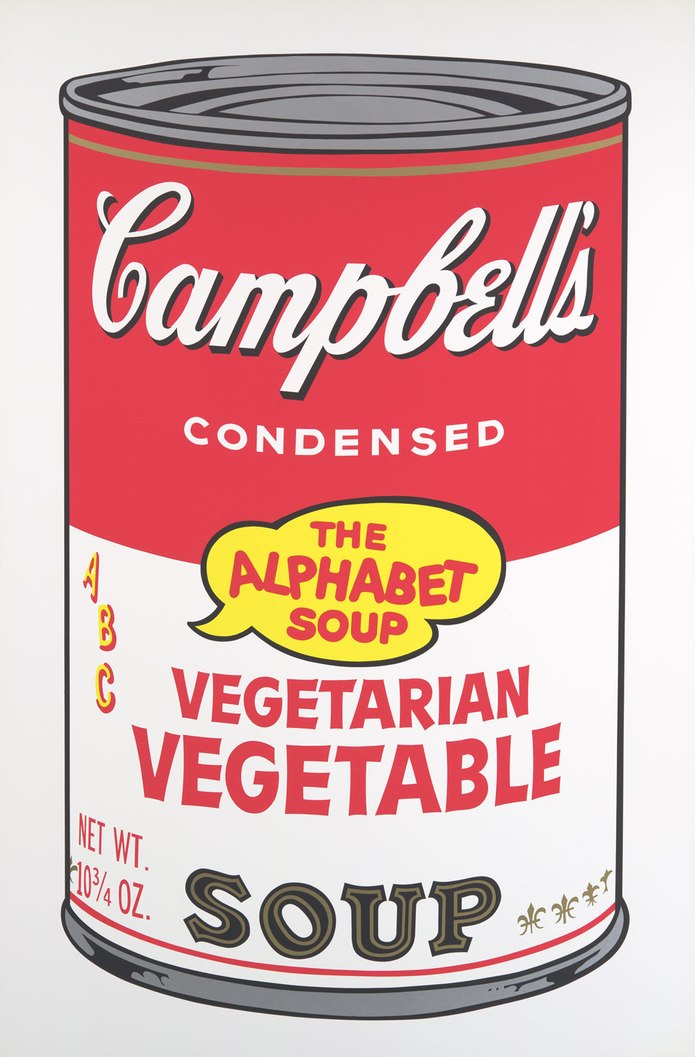 Julian Stanczak (1928-2017), the founder of the movement know as Op Art, is well represented here in a series of brilliantly colored silkscreens that represent the height of the movement. Op Art grew out of Geometric Abstraction as artists experimented with juxtaposing contrasting colors and linear patterns to create the illusion of movement, depth or three-dimensionality. Perfectly in-tune with the psychedelic 1960s, it had its heyday in these years and the decade following. 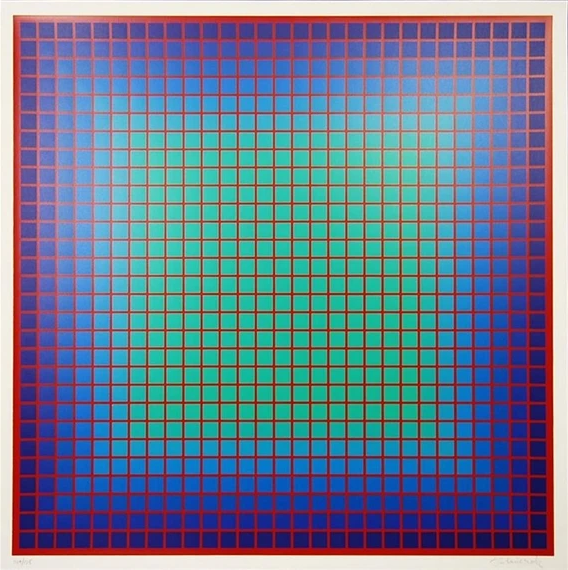 The prints, paintings and sculptures in this exhibition depict some of the major art movements of the 20th century with some of the most recognized household names. They are a testament to the growth of the museum’s collecting efforts and help us to understand and/or remember some of the great and consequential happenings of the century preceding this one. 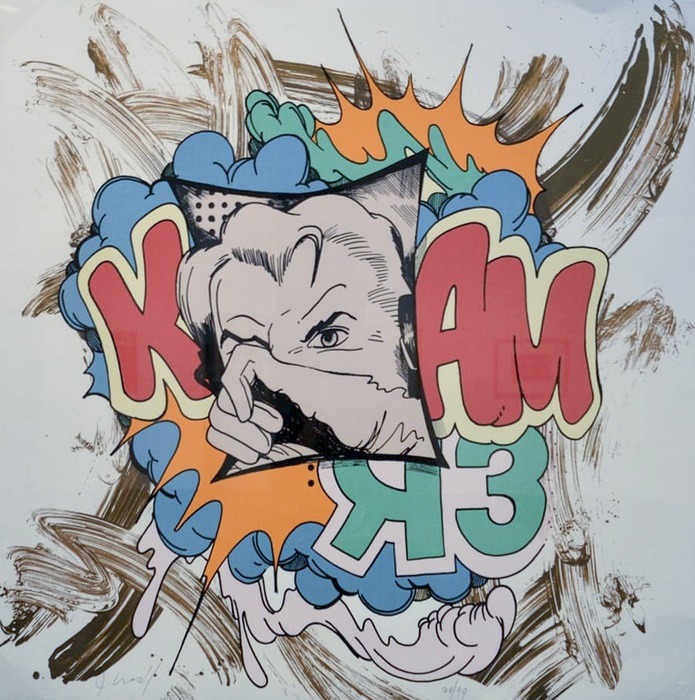