From the Chief Curator's Desk

The exhibition currently on view in the Ford Gallery as MOAS is Gods and Goddesses: Greek Mythology in the MOAS Collection. While I had hit on the idea for this exhibition when I first started familiarizing myself with the collection, it was a true team effort on the part of the MOAS Curatorial staff with research into the Greek deities and myths provided by Curatorial Assistant, Megan Finley and Curatorial Intern, Jasmine Ramos. Expert installation was done by Curator of Exhibits, Eric Mauk and Curatorial Assistant, Rob Wohlrab. Given the scope of the exhibition - examining Greek mythological references in all the paintings, sculptures, works on paper, and decorative arts in the MOAS collection - it was an ambitious undertaking since, as the premise of the show attests, Greek mythology has been a consistent theme in Western culture since its revival in the Renaissance. The myriad works in the exhibition bear this out from the marble bust after the famous Hermes and Dionysus sculpture by Praxiteles, to the large oil painting subtly parodying Botticelli's famous, Venus on the Half-Shell (The Birth of Venus), to Wedgwood pottery bearing Greek scenes and a neoclassical French table with Grecian ormolu detailing. 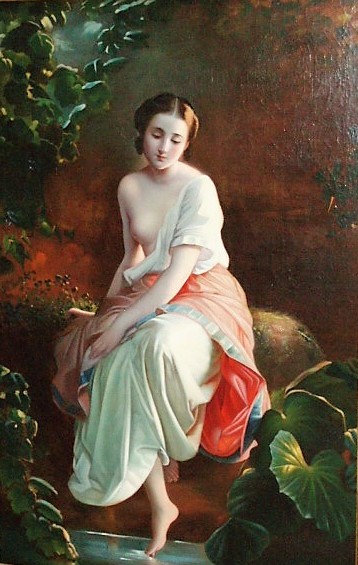 Mythological Woman by Jacob Eichholtz.
Part of the Gods and Goddesses: Greek Mythology in the MOAS Collection exhibit

I would like to think that this is an exhibition which would have pleased the Museum's former Chief Curator and Gary R. Libby Curator of Decorative Arts, Cynthia Duval. Cynthia left the Museum nearly three years ago to return to her native England and, very sadly, passed away in July in Stow-on-the-Wold. 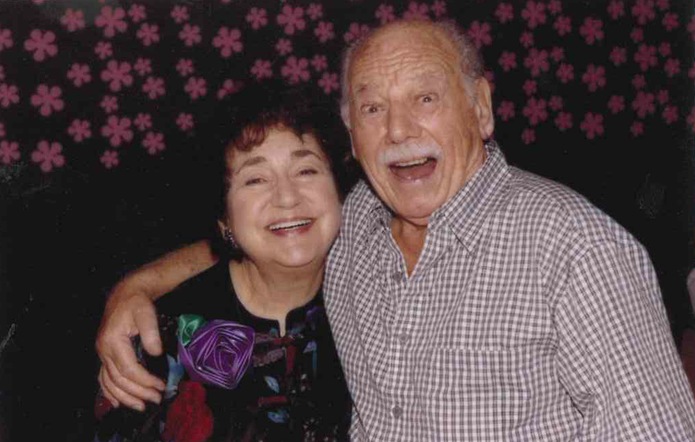 Cynthia Duval with her husband, Marcel

I met Cynthia several years ago when I was working at the Appleton Museum of Art in Ocala when she approached me about lending to an exhibition that she was organizing for MOAS titled, Victorian International. I recognized a kindred spirit at once, for it is not often in the curatorial world - especially in the young and contemporary-minded state of Florida - that one finds a colleague so mutually enamored of the same past epoch and its history and culture. The 19th Century and all things Victorian have long been a favorite of mine in art historical study, research, and curatorial subject. But fellow aficionados have been hard to come by and I sensed it was the same for Cynthia. We became fast friends and enjoyed calling each other and traveling through the Ocala National Forest (that was usually me because she was loathe to travel far from her ailing husband) as we collaborated on various projects up until her beloved Marcel passed away and she decided to leave the States and return to England. I owe my employ here at MOAS to Cynthia, in a large measure, because my friendship and professional collaboration with her allowed me to come to know and admire MOAS and the stunning new Cici and Hyatt Brown Museum of Art. When I was offered the opportunity to fill her large shoes (metaphorically speaking, of course) I leaped at the chance. I knew that the collections offered a wealth of treasures to discover, research, and exhibit. I was truly honored to be the successor to my dear friend and her long legacy in the arts in this state and beyond.

We kept in touch through email and I visited Cynthia when I traveled to England a couple of years ago. She knew of the ideas that I had for exhibitions and was always very supportive. I have felt her mentoring spirit often as I have perused the art storage corridors and have imagined the many conversations we might have had over this item or that. As with most curators, she possessed a true love of objects - and making them shine. I hope I am continuing that legacy here in her memory. I know I am not alone in saying that she is deeply missed.