History of the Fourth of July 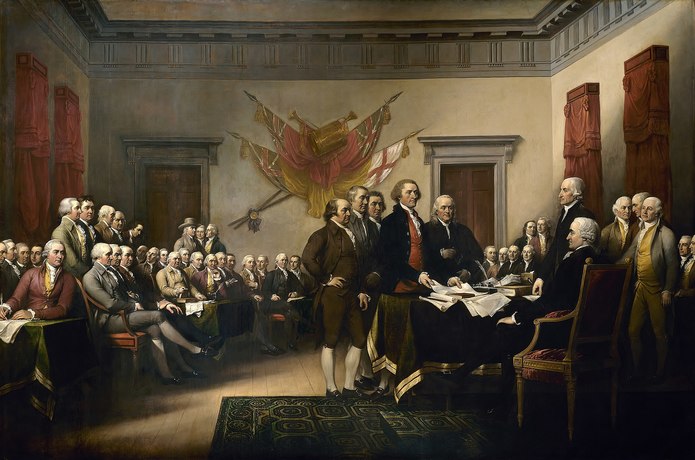 The 4th of July is one of our country’s patriotic celebrations. Work on the document that led to it officially becoming a federal holiday began on June 11, 1776. The Colonies' Second Continental Congress met in Philadelphia and formed a committee whose express purpose was drafting a document that would formally sever the thirteen colonies' ties with Great Britain. The committee included Thomas Jefferson, Benjamin Franklin, John Adams, Roger Sherman, and Robert R. Livingston. Jefferson crafted the original draft document. A total of 86 changes were made to his draft before the Continental Congress officially adopted the final version on July 4, 1776. The following day, copies of the Declaration of Independence were distributed throughout the colonies. On July 6, The Pennsylvania Evening Post became the first newspaper to print the document. The Declaration of Independence has since become one of our nation's symbols of liberty. On July 8, 1776, the first public readings of the Declaration were held in Philadelphia's Independence Square to the ringing of bells and band music.

Left: The first public reading of the Declaration of Independance. (ushistory.org)
Right: 1918 American soldiers driving through streets during 4th of July celebrations.

One year later, on July 4, 1777, the city of Philadelphia marked Independence Day by adjourning Congress and celebrating with bonfires, bells, and fireworks. The custom eventually spread to other towns, where the day was marked with parades, speeches, picnics, contests, games, military displays, and fireworks. Independence Day celebrations throughout the nation became even more common at the end of the War of 1812 with Great Britain. The war had resulted in an upsurge of patriotism. Soon, large events such as groundbreaking ceremonies for the Erie Canal and the Baltimore and Ohio Railroad were scheduled to coincide with July 4th festivities. 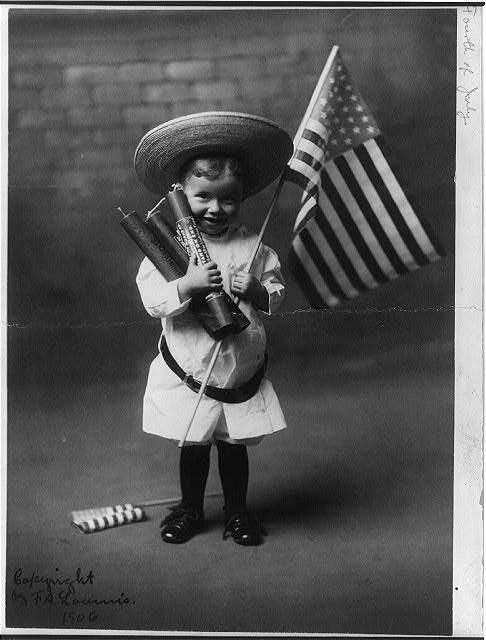 Congress established Independence Day as a federal holiday on June 28, 1870. This was at least partly because by the 1870s, the Fourth of July was the most important secular holiday on the calendar. Even communities in the territories managed to celebrate on Independence Day. Today, communities across the nation mark this major summer holiday with parades, firework displays, picnics, and performances.