Gravitational Waves from Space Make a Big Splash in Astronomy

A colossal story recently slipped through the cracks of the busy news cycle but has been making big waves in the scientific community. Officially reported on October 16, 2017, but actually occurring back on August 17, a major milestone was reached in our never-ending exploration of the universe. For the first time, astrophysicists were able to detect, through multiple means of observation, the merging of two neutron stars. 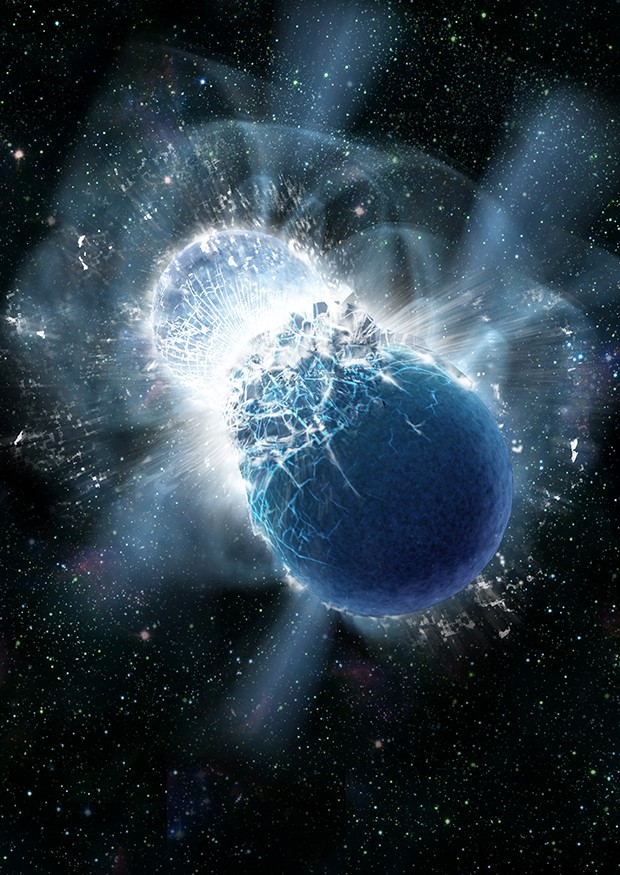 Long theorized through mathematical equations, this first observation marks the confirmation of decades’ (and in some cases, a century’s) worth of speculation. On August 17, as most astronomers were prepping for the Great American Eclipse, an even bigger event was hurtling towards us from 130 million light-years away. Originating from the elliptical galaxy NGC 4993 in the direction of the Hydra constellation, a gravitational wave, initiated by a neutron star collision, accompanied by a gamma ray burst and an optical transient, were all spreading into space. This journey from the distant past would eventually be detected 130 million years later by the most advanced scientific instruments that Earth has to offer. Our recent inroads in what is being called “the gravitational era of astronomy” promises to revolutionize our understanding of the universe.

I am probably getting ahead of myself though. Let’s back up and clarify some of the components here first.

Neutron stars are the leftover, dead cores of much more massive stars (up to about 29 times the mass of our Sun) that have exploded in an enormous astronomical event known as a supernova. This surviving, highly compacted stellar core is composed of the densest material in the universe, just short of a black hole. Think of it as a car on the tipping point of a cliff right before it goes off the edge. Add a tiny bit more weight, and it falls into oblivion. These stars, which have similar masses to our own Sun, are packed into a volume only about the size of Manhattan. Neutron star matter is therefore so dense, that a single teaspoon of it weighs as much as Mount Everest. 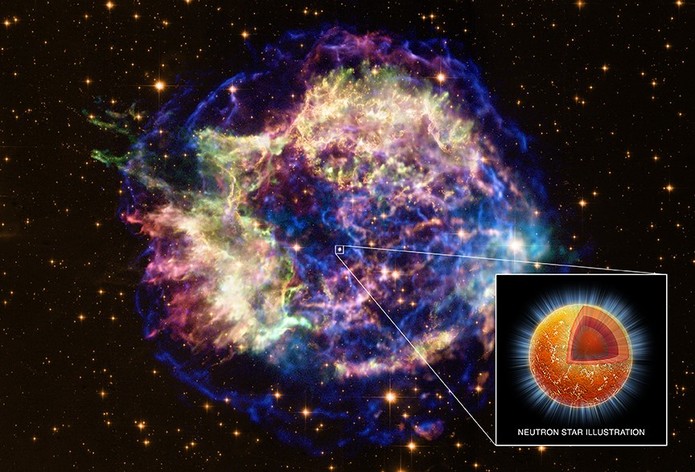 Gravitational waves were first predicted by Albert Einstein through his Theory of General Relativity, published in 1915. He stated that when matter moves very rapidly, ripples in the fabric of space and time are created. Very energetic events are required to propagate these ripples, so high mass, high-speed objects like binary neutron stars or black holes are prime candidates. As the neutron stars fall towards each other, they approach the speed of light.

Figure 4. Click for video. Neutron star collision. Notice the gravitational waves increasing in frequency as the stars approach and move faster. The collision creates a gamma-ray burst. Depending on the initial masses of the stars, either a single, slightly larger neutron star is created, or a black hole. Data from this merger points towards a black hole.

The Laser Interferometer Gravitational-Wave Observatory (LIGO) is a gravitational wave detector. In a crudely similar fashion, your car radio is simply a radio wave detector. LIGO is composed of two observatories, situated in Louisiana and Washington. These facilities each bounce an extremely advanced laser back and forth over a distance of 4 kilometers. Gravitational waves are then detected in the form of the laser distance lengthening and shortening as the wave ripples through, slightly flexing the very fabric of spacetime itself. These ripples are incredibly small though. LIGO can detect a ripple smaller than 1/10,000th the diameter of a proton. 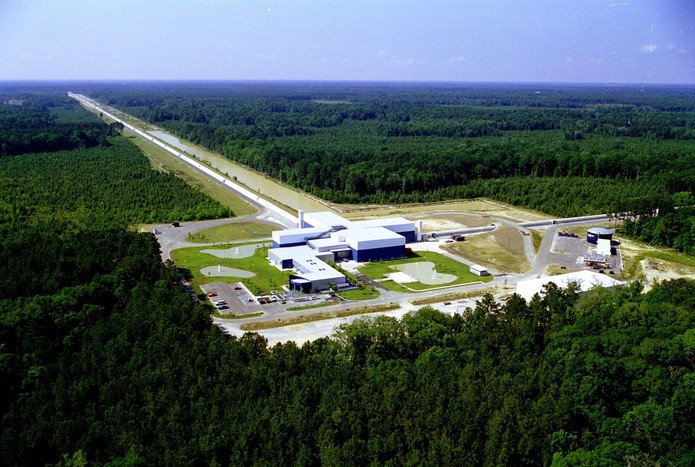 On August 17, the gravitational wave (GW) was first detected by the Virgo interferometer in Italy (only two weeks after first coming online), then 22 milliseconds later at LIGO’s Louisiana site, and then three milliseconds later at LIGO’s Washington facility as the wave washed across the Earth for approximately 100 seconds, sending astronomers around the world into high alert. Through the data collected by the three GW detectors, a rough direction for the origin of the wave was triangulated. Then 1.7 seconds after the wave ended, the ensuing gamma-ray burst from the collision was found by the Fermi and INTEGRAL spacecraft. With the additional location information from these spacecraft, astrophysicists were then able to aim more traditional telescopes toward the event, gathering data across the electromagnetic spectrum from radio to X-ray as it faded over the following weeks. So not only did we detect the gravitational wave, but also the accompanying gamma-ray burst and optical (visual) component. Tying this information together, we have confirmed another long-held but unproven theory of neutron star collisions being the source of short gamma-ray bursts, the most energetic type of blasts in the universe. This new “multi-messenger” type of astronomy promises to even further accelerate our deciphering of the universe over the coming years. There is no telling what this emerging type of combined astronomical observation may yet yield.

At present, the implications are still profound. These “kilonova” type explosions are now confirmed to be the source for the creation of certain heavy elements, such as gold, platinum, mercury, lead, and uranium. Only in these fiery furnaces are the energies available to do so. 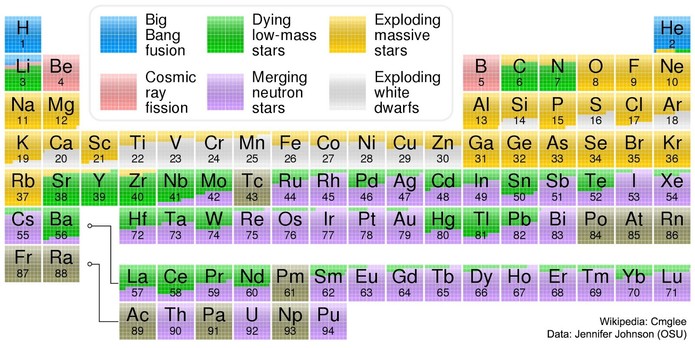 What does this mean for the average person or for humanity as a whole? For the short term, very little, unfortunately. However, for the long term, we do not know; and that is the special part. When Michael Faraday and James Clerk Maxwell were laying the foundations for our understanding of electromagnetism in the 1800s, they could not have dreamt of the electronic devices of which we take for granted in our everyday lives, such as the very gadget you are using to read this blog. Similarly, the knowledge gained from this data on the nature of gravity and other areas may someday offer the currently unimaginable technology. We are talking sci-fi stuff.

Hundreds of years from now, this may be regarded as a significant turning point for the advancement of humanity. As the gravitational era of astronomy moves past its dawn, humanity will no doubt reap the rewards, and gravitational technology will move from curiosity to creativity to ubiquity.

The full scientific article contributed to by 3,500 astrophysicists, can be viewed here.

If you have never read a scientific article before, try the abstract first. It is a summary of the article itself. If you are feeling brave, continue on to the main article. Be warned: it is highly technical and requires a strong foundational knowledge of astrophysics to understand. If nothing else though, skim through it to appreciate the complex and enormous amount of information and awareness that humanity has been able to achieve.