A New Golden Age of Astronomy

Over and Out: A Golden Age of Astronomy - By Christian Traverson, Planetarium Educator 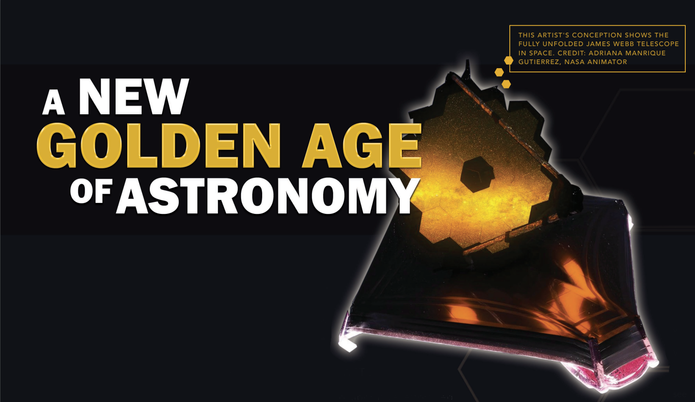 This past December brought a bright streak across the early morning sky for many watching on Christmas day. A small dot could be tracked from its origin point, a launch complex in South America, to Earth’s orbit. From beyond the Guiana Space Centre, amateur astrophotographers could catch a glimpse of the waning light reflected from the foil shell of a neatly packaged gift to its destination, roughly a million miles away from Earth.

For the world over, excitement was at its zenith, with scientists and stargazers alike waiting with bated breath for the long-anticipated launch of what is arguably the most ambitious project in astronomy and one of the most complex instruments ever sent into the cosmos, the James Webb Space Telescope (JWST). A multinational, collaborative effort led by NASA, the European Space Agency, and the Canadian Space Agency, is the culmination of several decades of work which led us to this exciting moment— an instrument with a reflective surface nearly three times the size of the Hubble Space Telescope. With certain capabilities beyond many Earth-based observatories, Webb will allow us to see farther into the early parts of the universe than any of its telescopic predecessors.

Beyond the light of Hubble - An evolution from the Hubble Space Telescope (HST), Webb will see farther than ever before, capturing the faintest light in the sky. Webb will focus on a band of the electromagnetic spectrum from within the visible red wavelength of light (0.06 microns) to the mid-infrared (28 microns). This distinction as an infrared observatory is important, as at these wavelengths we will, for the first time, be able to see into the early universe and beyond the veil of cosmic clouds and into the heart of stellar forming nebulae.

To achieve this, four separate instrument systems were installed for varying regions of the electromagnetic spectrum Webb will look at. Hubble can mostly see in the visible spectrum of light, as we see it and beyond, allowing for the discovery of evidence into the formation, expansion, and acceleration of the universe. Hubble’s limited view within the infrared restricts researchers from being able to capture the light of the youngest galaxies that have experienced cosmic redshift—a process where the light from these distant objects has stretched over time into the infrared part of the spectrum. Hubble’s own orbit acts as a limiting factor as well, as the position of Hubble (~340 miles above Earth), once hailed as the new frontier for orbital astronomy, acts as a hindrance to the telescope’s observation of infrared, taking in the heat of our own planet. This is detrimental to infrared optics and in the past, telescopes needed novel ways to keep their sensors cool.

Because Webb is looking primarily into the infrared, the sensors need to be cold, very cold, at around temperatures of –370F (50 Kelvin). That’s fairly close to a point known as absolute zero. To achieve these frigid temperatures, a sunshield, with five layers, each no thinner than a human hair, acts to shroud the telescope in continual night. This makes for a truly dark and absolutely cold observatory, removed from the distortion and heat of the Earth, Sun, and Moon.

Finally, to capture this faint light, Webb was built with 18 individual hexagonal mirrors made of gold-plated beryllium (a very lightweight metal, able hold shape at the coldest of temperatures) that altogether form Webb’s now iconic honeycomb shape, a reflective surface area of 21- feet across, which is nearly three times the size of Hubble. A gold coating was utilized since it is a good reflector of infrared.

Here it is: Humanity’s final look at the James Webb Space Telescope as it heads into deep space to answer our biggest questions. Alone in the vastness of space, Webb will soon begin an approximately two-week process to deploy its antennas, mirrors, and sunshield. This image was captured by the cameras on board the rocket’s upper stage as the telescope separated from it. The earth hover in the upper right. Image Credit: ARIANESPACE, ESA, NASA, CSA, CNES

The unfurling of a giant, an exciting trip to L2 - The task of sending anything into space, let alone an observatory the size of a tennis court, is a mammoth endeavor. To get into space, Webb needed some serious hardware in the form of the leviathan Ariane 5 rocket— a heavy-lift launch platform built by Arianespace for the European Space Agency. With the power of an Ariane 5 rocket, Webb was able to coast its way to a LaGrange point around the Sun, a point known as L2 that was selected to protect the instruments from the light of the Sun, Earth, and Moon, while also allowing for the telescope to maintain a stable orbit with minimal use of fuel. 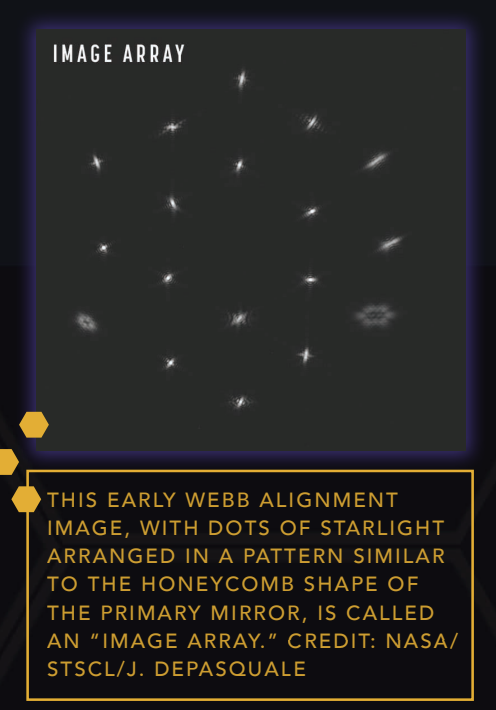 Webb wasn’t idle on its journey, however, as it was instructed to unfurl like origami: deploying the delicate sunshield, unfolding and latching the secondary mirror, and rotating the port and starboard mirror segments to lock into its final form. This process took place over Webb’s month-long trip to its destination, with a final midcourse maneuver that was made toward the end of the journey for insertion into the desired orbit around L2. The road to Webb Like the million-mile journey to L2, the road to Webb was a long and challenging one, going back even before the launch of Hubble, when the need for an observatory to look into the infrared arose. Early concepts of a telescope, removed from many of the constraints that ground and even orbital based observatories faced, began forming in workshops held by NASA around 1989. In 1990, a call to develop a large infrared, extremely cold telescope, in tandem with, and later as successor to Hubble, was proposed. With the highly rocky start to Webb’s predecessor (Hubble was met with many delays, only to launch with an incorrectly ground reflective surface, crippling the observatory for three years), scientists knew that a more complex observatory was a longshot, but necessary as it became clear that the future of astrophysics depended on seeing into these wavelengths. Construction began on certain portions of the telescope in 2004, such as the primary mirror and optical instruments, though like Hubble, Webb was met with a string of delays and budget overruns, while even facing near cancellation from a congressional committee. 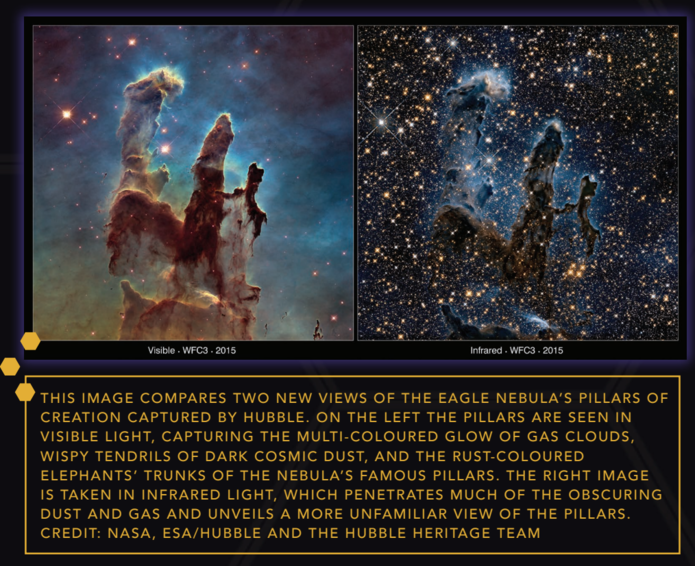 Eventually, as each of these challenges were overcome, construction finally ended in 2016. It was certainly worth the effort, with NASA leadership confident that many of the issues that affected Hubble acted as lessons learned, and decades of painstaking work from scientists, engineers, and researchers led to the extraordinary achievement of Webb and its flawless deployment to L2.

Mirrors aligned!  - The excitement of December's Launch and subsequent deployment has brought on “Webb mania,” where journalists, educators, and social media personalities, have been anxious to see what’s next with Webb! Over the next few months, NASA will continue to conduct several checkouts with the observatory’s optics and have already aligned each of the 18 mirrors, pointing Webb at a single bright star to demonstrate that the observatory can acquire images. It's already shaping up to be an incredible journey as the primary mirror segments align to work as a single unit, and we’re already able to see some interesting kaleidoscope-like images showing up from 18 distorted reflections of the same star!

First light. Our Lohman Planetarium has been in a buzz since launch, as we look forward to the future of astronomy, with many of us waiting to see “first light”, that is, what will be first imaged by Webb, while also trying to guess what the first scientific data received may tell us about the early universe and the formation of the first galaxies! From the oldest light of the universe, the first stars, galaxies, and black holes, and even into the nature of planets beyond our own, the James Webb Space Telescope will quite literally expand our horizons. So when you gaze up at the sky on a clear night, with the enormity of the universe in full view, know that you’ll be seeing a universe made a little more clear by the gold mirrors of Webb.