The 65th Anniversary and the Museum’s Early Days

January 28th of 2020 marks the Museum of Arts and Science’s 65th anniversary. In the 1950s a group of local residents got together to form the Committee for the Foundation of a Children’s Museum in the Halifax Area. After researching existing children’s museums and multiple meetings the group officially announced their plans on September 9, 1954 in the Daytona Beach News-journal. Only five days later The Board of Public Instruction granted the future museum the use of Building 642 at the Mary Karl Vocational School, which later became the technical division of Daytona Beach Junior College which is now Daytona State College. The following year on January 28, 1955 the Halifax Children’s Museum was officially incorporated as a non-profit corporation. 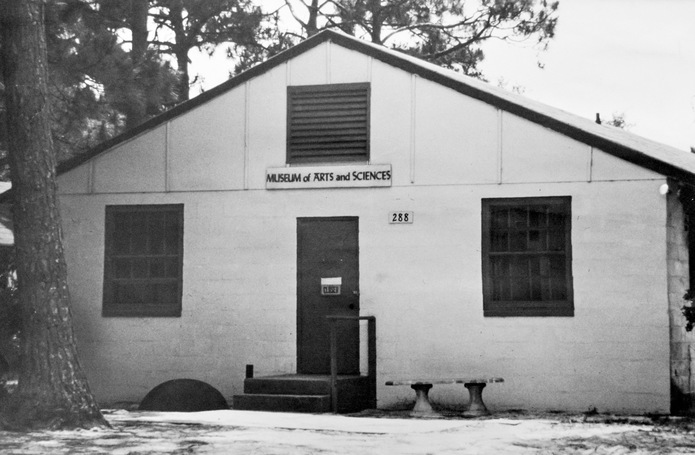 The Museum of Arts and Sciences started it’s life in this 250 sq-ft Quonset hut on White Street in Daytona Beach in 1955. Originally known as The Halifax Children’s Museum it became the organization we know today as MOAS in 1962 and moved to its present site off Nova Road in 1971.

Building 642 soon became known as the “Quonset Hut” due to its barrack like appearance. The building had housed navy personnel during WWII. The first class actually took place at Mainland High School while the Quonset Hut was still being remodeled. The building itself opened officially on October 1, 1955 and its first exhibit commemorated the tenth anniversary of the United Nations. After the remodeling the museum included marine exhibits, mineral and fossil materials, mounted birds and animals of the state, wildflowers, historical artifacts, and room for some temporary exhibits.  Since space was limited and they wanted to keep the children engaged the exhibits rotated frequently. The Quonset Hut did have one issue however in that it didn’t have central heat or air. As such the museum had to close when the temperature spiked in both the winter and summer. During its first winter closed however the museum became a member of the National Foundation of Children’s Museums, Inc.

In 1957 the board was informed that the museum may lose its home in the Quonset Hut due to a proposed expansion of the school’s campus. Luckily for the museum the expansion was slow going and they didn’t have to move until August of 1967. While the museum was keeping an eye out for a future home in 1959 the City Commission put five acres of Tuscawilla Park on the market for $9,000. The museum petitioned for use of the land and the City Commission withdrew the offer until a decision was made. To drum up more support a Museum Auxiliary group was formed, which would later become the Guild of the Museum of Arts and Sciences. 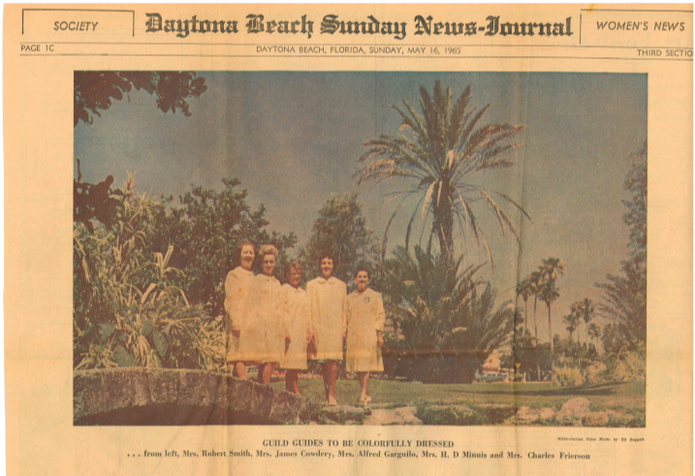 Guild of the Museum of Arts and Sciences, 1965, Daytona Beach News-Journal.

On February 9, 1961 the Halifax Children’s Museum announced its decision to change its name to the Museum of Arts and Sciences. With this came a change in programing with adult science classes and lecture series being offered in addition to the existing children’s programs. By May of the same year enough support for the museum’s move to Tuscawilla had been gained to form a Building Committee to begin to plan for the new facility. By the spring of 1962 the museum submitted building plans to the City Commission. The building plans included a planetarium, classrooms, a library, and a lecture hall. In December of that year the Museum of Arts and Sciences received its official charter from the State of Florida. 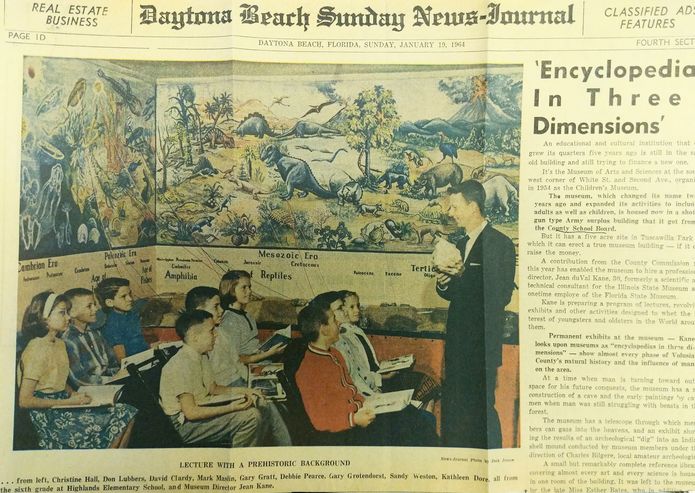 By 1964 the museum wasn’t much closer to its dream of a new building in Tuscawilla. Around this time an idea was formed to combine the Museum of Arts and Sciences with the Cuban Museum. After much discussion and getting the okay from the Batistas it was decided the two museums would be combined at the future Tuscawilla site. The building campaign began in 1967 just as the museum was officially notified by Daytona Beach Junior College, which had merged with Mary Karl Vocational School, that it would have to leave by mid-June due to their own expansion plans.  So, the museum temporarily moved to the Cuban Museum site. 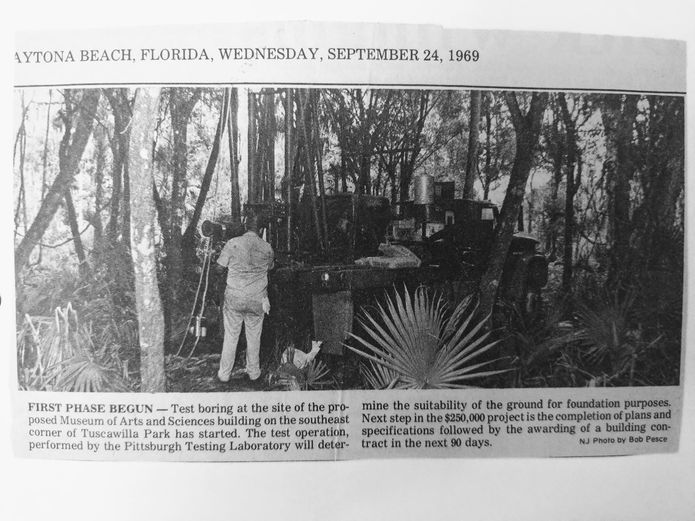 Foundation testing at Tuscawilla Park Preserve for proposed site of the Museum of Arts and Sciences, 1969, Daytona Beach News-Journal.

By 1969 the museum was finally able to present its design plan to the public and by September 1970 they were able break ground on the site. The initial layout included a science wing, and an art wing, along with a planetarium. Though the planetarium was delayed, and it only opened on October 11, 1972. The museum’s collections however were able to move to their new permanent home in May of 1971. And on July 25th the museum was able to welcome visitors for the first time.

Design of the future museum circa 1969, Orlando Sentinel. 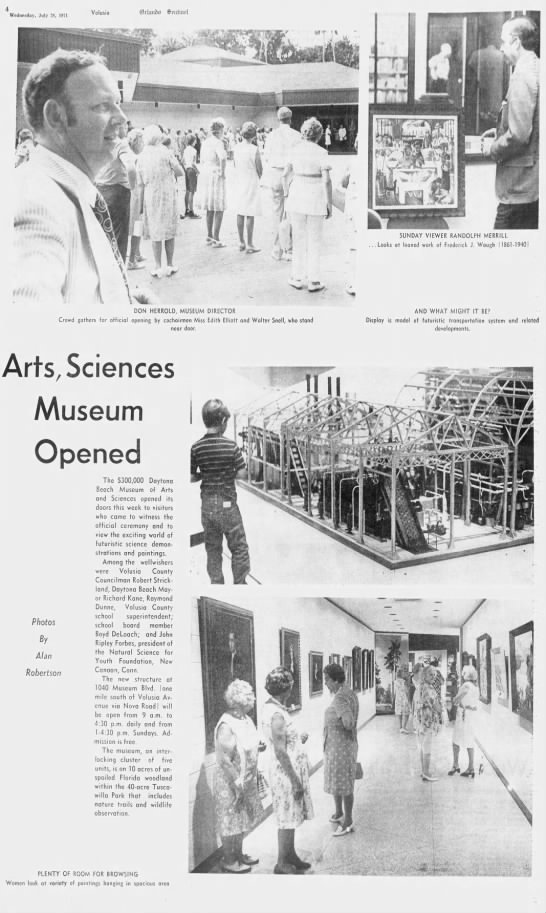 The Museum of Arts and Sciences opening in July 1971, Orlando Sentinel.