Spotlight: The Artists and Artisans of the Museum Store

The Museum Stores located at the Museum of Arts & Sciences and the Cici and Hyatt Brown Museum of Art are proud to feature local artists and designers. Both stores feature a variety of beautiful gift items and jewelry that are all locally and lovingly handmade.

It is our pleasure to introduce you to... 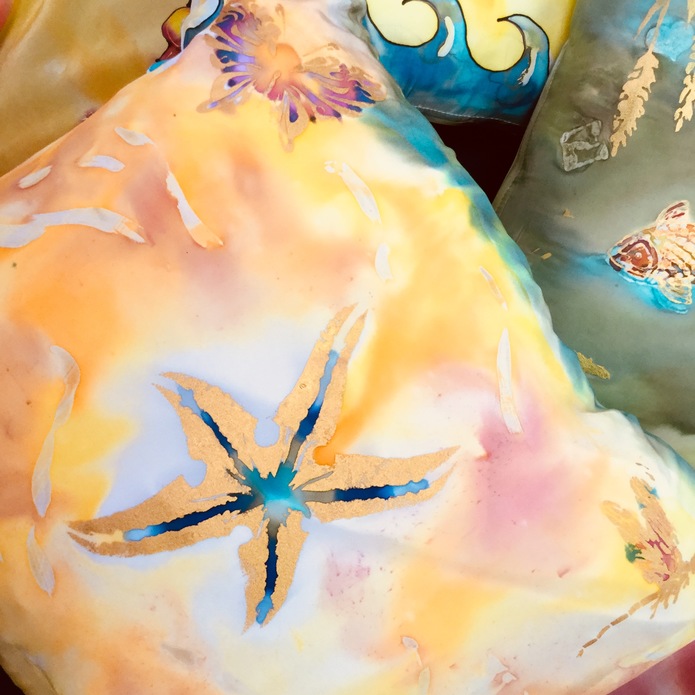 Carol Baker likes to create energy from and within her art. She began her career in the early 1980s in the Ozarks where she started painting and weaving. During that time, she was selected to create an ornament for the White House Christmas tree. After relocating to California, Carol began painting on silk exclusively. Drawn to the luminescence and watercolor-like quality of transparent dyes on the shimmering silk, she focused on scarves as a wonderful rectangular form for her artistic creations.

Carol now lives and creates in Ormond Beach, Florida. After moving to Florida in 2015, her favorite themes now include turtles, starfish, and fish with the occasional good luck dragonfly appearing for good measure. Her creations are unique, one-of-a-kind paintings in a functional silk form. All of her custom art - whether a silk scarf or silk pillow - carry her distinctive C. Baker hand signature. We are excited to sell her beautiful pieces in the Museum Store at the Cici and Hyatt Brown Museum of Art. 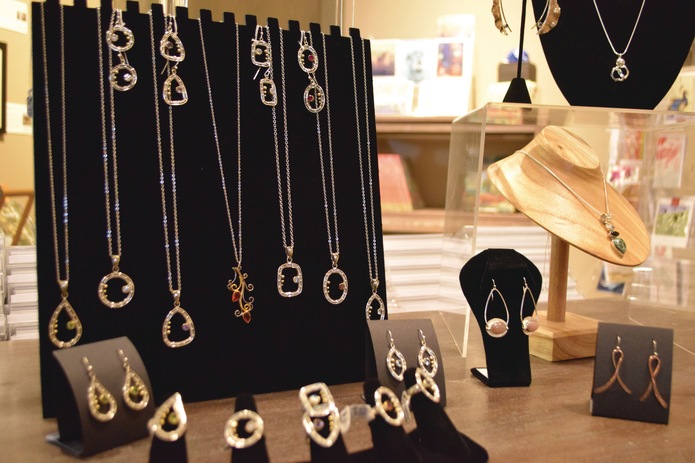 Originally from Mexico, Juan Carlos came to the United States seeking adventures and the American dream. He became interested in jewelry design while working as a jewelry sales rep in California. From 2002-2004 he studied with a Native American jewelry designer and a jewelry artist from Thailand where he learned many different techniques from manufacturing, hammering, and embossing to stone setting. Since then, Juan has created over 2,000 original designs using precious and semi-precious stones. He gets his inspiration from the stye of Frida Kahlo and also from his wife's home country of Columbia.

Juan and his wife, Nuris, currently reside in Ocala, Florida. He has participated in almost every art festival in the state of Florida and has won many awards. We are honored to have his beautifully hand-crafted jewelry designs available in the Museum Store at the Cici and Hyatt Brown Museum of Art. 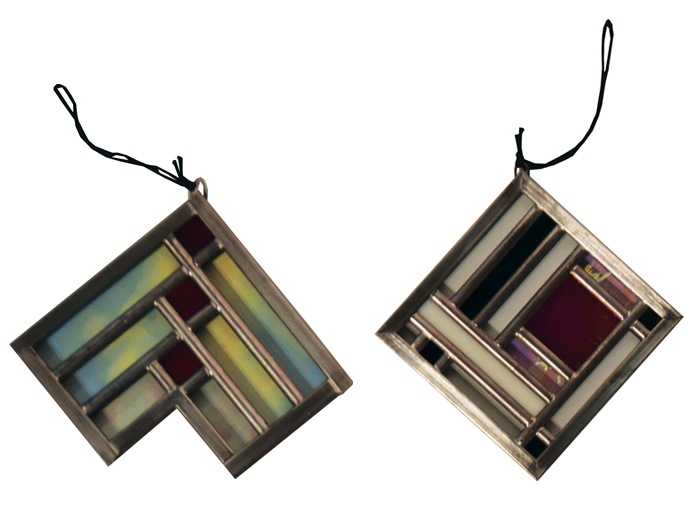 Robert J. Cooper grew up on the south side of Chicago. As an adult, the many beautiful churches in Chicago fostered Bob's love for stained glass which led him to apprentice with a master glass beveller. He restored 100+ year old beveling machinery and researched long lost tools and techniques for metal and glass cutting, which he used every day in his glass studio.

Through a family friend Bob was introduced to the Frank Lloyd Wright Preservation Trust and was then commissioned to restore all the stained glass in Frank Floyd Wright's Oak Park home and studio. Bob also extensively studied Frank Lloyd Wright's geometric, straight line design which inspired him to create many of his own designs. We are honored to display and sell these one-of-a-kind suncatcher ornaments in both Museum Stores. 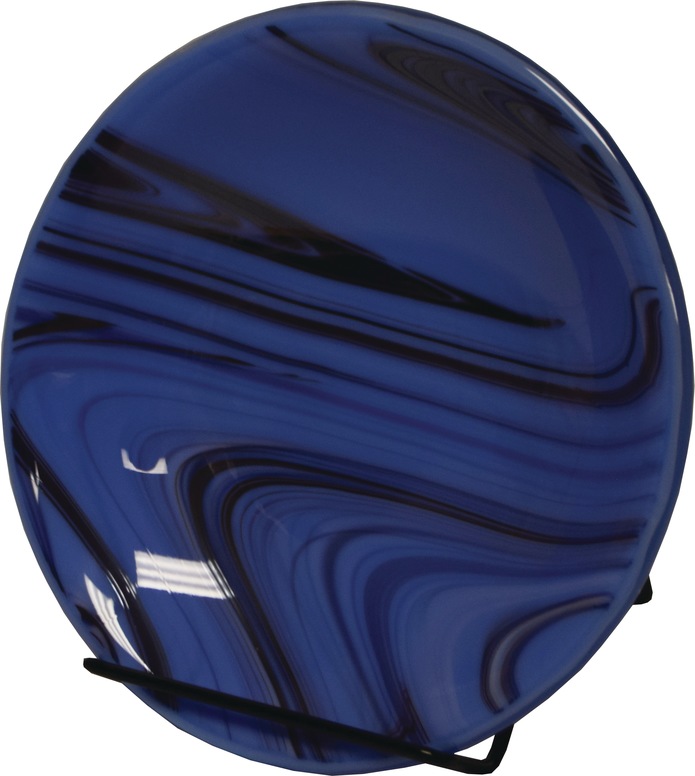 LC and Tommy Tobey and the owners by Dream Artglass. They have a home studio located in Ormond Beach, Florida. LC and Tommy joined forces in May of 2009 in McKinney, Texas. They decided to concrentrate on fused glass as their medium of choice. LC and Tommy delight in the effects of light and form accomplished with glass fusing. In 2013, Tommy and LC decided to relocate to Ormond Beach. They found a lively, friendly, and growing art community. They have worked with Main Street to help produce a public art glass mosaic that is on permanent display Ormond Beach City Hall. Both have participated in the Halifax Art Festival, Arts In The Park, and Granada Grand Art Festival.

Tommy has recently started designing sea glass jewelry and given the Museum exclusive access to it! You can purchase their work in both Museum Stores. 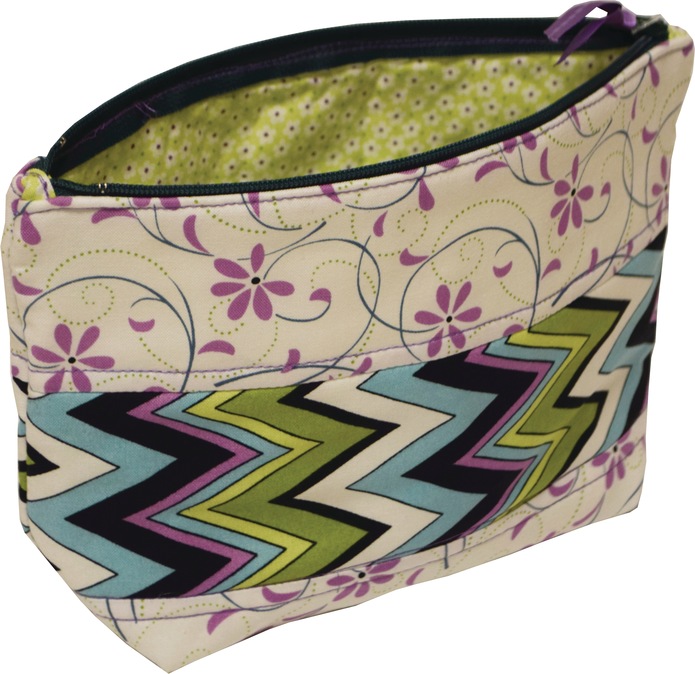 Char Ziegler has been talented lifelong fiber artist. Since her early teens, as she happily created on her Singer Featherweight, she has explored all areas of the sewing world from garments to interior design appointments.

Today, enjoying Florida in the winter and her home on the Canadian border in the summer, she embarks on another journey of discovery by designing and producing fabric bags. As each bag comes together its personaility leaps to life. Char hopes that you find as much pleasure owning one of these bags as she has had creating them. Char's unique and quirky bags and coasters can be produced at the Store in the Cici and Hyatt Brown Museum of Art.