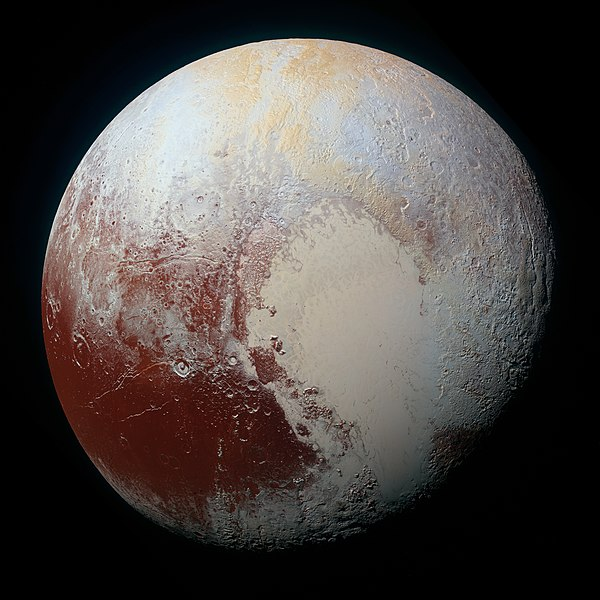 Recently, I was asked to collaborate on a distance learning event as a NASA Solar System Ambassador with the Artemis STEM Club of Salt Lake City, Utah.  Club advisor and fellow Ambassador Emily Lehnardt (https://solarsystem.nasa.gov/ambassadors/1695/) leads students through fun after-school programs, focusing on Science, Technology, Engineering and Math.  For one of their weekly activities, Emily enlisted my help for an astronomy project for her 5th and 6th graders.  I gladly provided students with a video of my Walk Through the Solar System (Walk Through the Solar System | Virtual SLI | Mission to the Solar System - YouTube), in which I create an accurately scaled-down, walking tour of our solar system to visualize the vast distances in space, as well as instructions on how to recreate their own.  The students in the STEM club also sent astronomy and spaceflight questions to me.  We covered a variety of topics, ranging from sleeping in space to the farthest away galaxy, but as any astronomer will tell you, there is one subject that comes up more than any other: Pluto.  Whether a person is one hundred years old or five, inquiring minds want to know, “What’s the deal with Pluto?  Why do you astronomers hate Pluto?  Why did you murder poor, sweet, little Pluto?”

We don’t and we didn’t!  We love Pluto!  Here are their questions on Pluto and my responses. 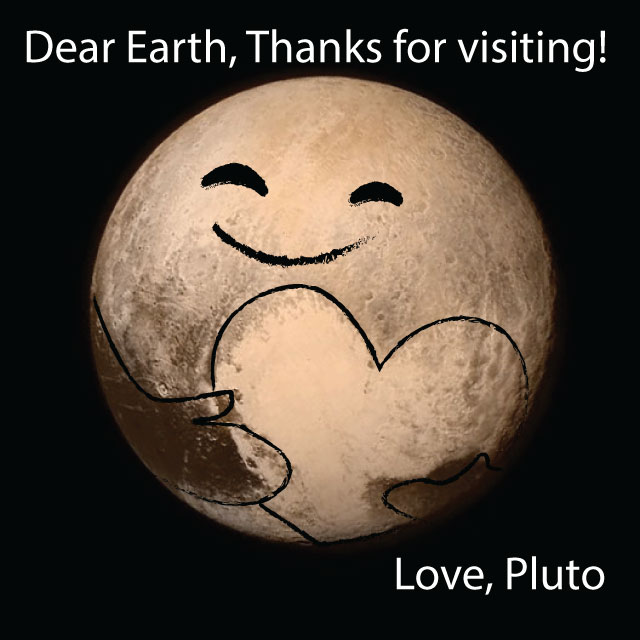 Pluto is very, very far away from Earth, between about 2,700,000 miles to 4,600,000 miles away. The number varies a lot because Pluto’s orbit is very elliptical. It lives near a region in our solar system called the Kuiper Belt, where there are many similar small, rocky and icy objects. It takes about 248 years for Pluto to orbit around the Sun. 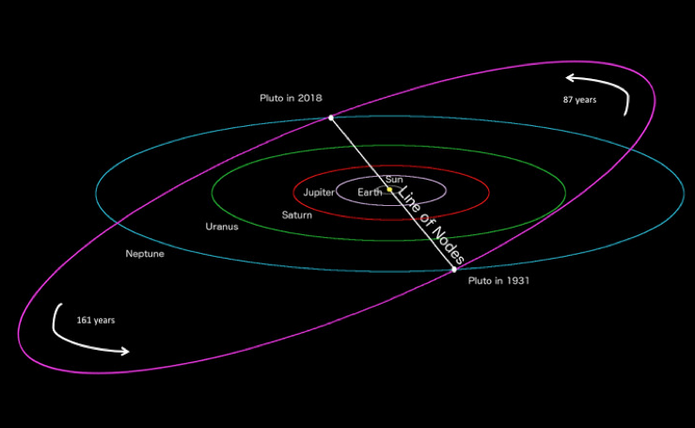 How long would it take to travel to Pluto?  Michael, 9

In January of 2006, the New Horizons spacecraft was launched to study Pluto and the outer regions of our solar system. It was the fastest man-made object ever launched from Earth and traveled at 36,400 mph. It still took 9 and a half years to reach Pluto. 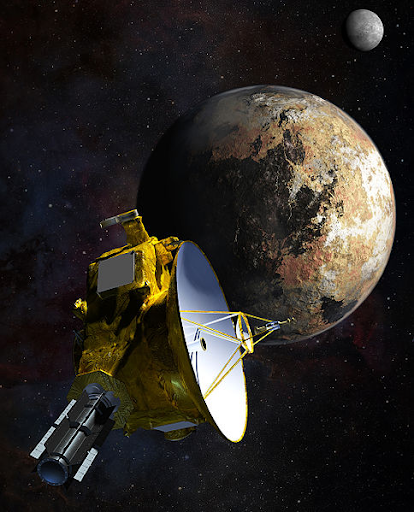 Why did Pluto get demoted?  Heidi, 10

Great question that I get often. First thing to know is that demoted is not the right word. I like to think of it as a reclassification, and we’ll see why soon.

In 1930, Pluto was discovered by Kansas farm-boy Clyde Tombaugh while he was working at the Lowell Observatory in Flagstaff, Arizona. At the time, astronomers around the world had planet fever. We were finding a new “planet” about every 10 years. Over a few centuries, after the invention of the telescope in the early 1600s, we found dozens or even hundreds of “planets.” It turned out, though, that most of the objects being discovered were things like asteroids; little, rocky, and sometimes potato shaped objects. As each object was observed more and information about it was understood, astronomers realized that these things were different from planets. Nature is complicated; it doesn’t always settle into easy definitions and categories. So we created new names and new categories to describe them. We realized our naming system wasn’t good enough, so we fixed the mistake.

“Planets” like Ceres, Pallas, Juno, Vesta, and others you’ve never heard of were removed from the list of planets and were reclassified as other things, such as asteroids. Pluto seemed to stick as a planet though, even though the evidence was building that it didn’t fit in with the planets. Pluto shares some characteristics with the planets, such as being round, but there are some huge differences.

- Pluto has a crazy orbit. It’s an oval and it’s tilted very far.

- It’s not rocky, like the Earth and the other terrestrial planets (Mercury, Venus, Mars). It’s not a gas giant, like Jupiter, Saturn, Uranus, or Neptune. It’s a different type, kind of rocky and icy with an underground ocean.

- Pluto is really small. There are 7 moons in our solar system larger than Pluto, including our own Moon.

- It doesn’t have its own orbit. It actually crosses inside of Neptune’s orbit!

- It has at least 5 moons and one (Charon) is close to the size of Pluto itself, so Pluto is barely the main piece of mass in its orbit.

- It hasn’t “cleared its neighborhood,” meaning that there’s lots of other junk (asteroids and things) sharing its orbit.

All of this information (and more) tells us that Pluto was not born at the same time or in the same way as the 8 planets. We think that Pluto came together from smaller pieces in the Kuiper Belt at a later time, maybe even from smashed together comets.

Finally, in 2006 at the International Astronomical Union meeting, astronomers from around the world came to their senses and voted to better define what makes a planet and change Pluto to be classified as a new type of object, a dwarf planet

So not “demoted,” just reclassified. Planets are things; dwarf planets are things. One is not better than the other. They both simply are things without feelings. It took a while, but once astronomers learned more and realized that Pluto did not have the same characteristics of the other planets, they decided to correct the original mistake. This is one of the most important parts of science. When we find new information, we admit our mistakes and change our thinking to better fit reality. We don’t hang on to a lie or a false idea because it feels right or because it’s the way that it was always done.

Because Clyde Tombaugh was an American and the only American to discover an “official” planet, many Americans have especially strong feelings about Pluto. It feels like an insult that “our” planet got changed. But it’s not. Pluto was the 9th planet, now it’s the 1st dwarf planet. And I think it’s better to be first in a category than ninth in another anyway.

Pluto is doing just fine, the same as it ever was. Changing the classification didn’t change anything about Pluto. It’s just as cool and interesting of a place as always. In fact, with the New Horizons spacecraft, we found out that Pluto is much more interesting than we thought. Pluto has glaciers, mountains, canyons, and even an atmosphere. Here’s a true color picture taken from the nighttime side of Pluto, showing the thin atmosphere, glowing in the sunlight. 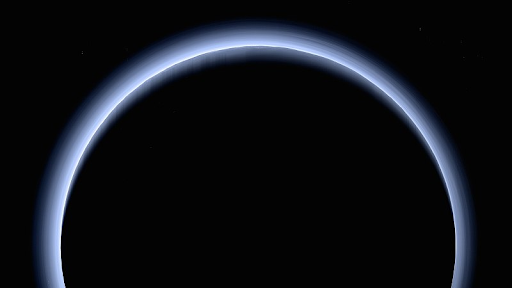 And my favorite picture of Pluto:

So the thing that changed was us. The more we know, the better the job we can do of describing Pluto accurately.

The classification of Pluto and other objects is still an ongoing topic though. Some astronomers want to reclassify it as a planet once again, and that’s ok. Our system wasn’t perfect before and it’s not perfect now. We keep finding new objects and things that surprise us, so it’s still changing. I disagree with the “Pluto is a planet” people, but some of them have decent enough reasons worth considering. Remember though, you can’t make Pluto a planet just because you want it or because that’s the way it used to be, or because...it’s cute. You need to have a real, scientific reason and a classification system that makes sense and is consistent and reliable. As of now, dwarf planet is the best description we have for Pluto. Pluto is one of 5 official dwarf planets. There are about a dozen others being considered as dwarf planets, and possibly hundreds of other dwarf planets in our solar system not yet discovered.