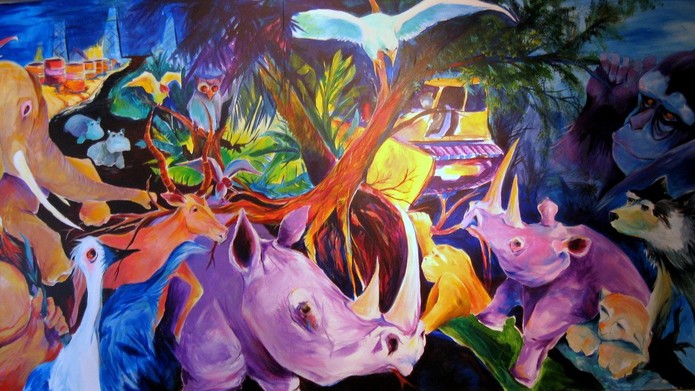 One of Rick Cannizzaro's acrylic paintings on display at the Central Florida Zoo.

Nestled amongst the hands-on fun that the Charles and Linda Williams Children's Museum provides are the vibrant, pastel oil/acrylic paintings of Rick Cannizzaro. Rick Cannizzaro is a self-taught artist whose pieces are not only displayed in the Children's Museum at MOAS, but also in the Central Florida Zoo, the Ocean Art Gallery in Ormond Beach, and several other areas around the United States. The inspiration for his art comes from outside nature, for example, the beautiful beaches and tropical forests. 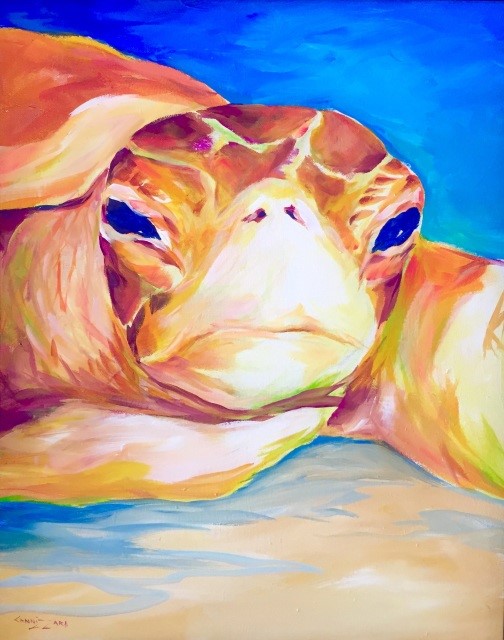 Cannizzaro's paintings started off as portraits of elected officials, college presidents, and civic leaders. He then realized he wanted to create paintings that were more pleasing to the eye, which is what veered Cannizzaro to vibrant colored paintings. Cannizzaro's passion took a while to find but realized he loved to relate his art to endangered species and the environment. His artwork expresses his emotions and his beliefs about why nature is so important.

When it comes to art technique, Cannizzaro works much differently than the typical artist. His technique consists of being fast-paced while using darting motions with his paintbrush. Instead of using a canvas to paint on, he incorporates creative surfaces like newspaper or photography plates. 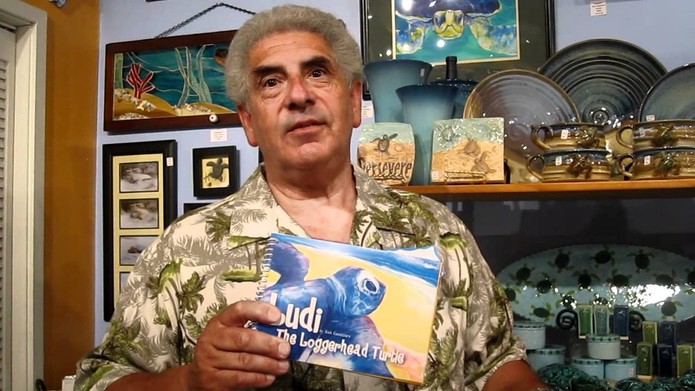 Not only is Cannizzaro known for being an artist, but an author as well. He has written and illustrated fourteen children's books. Through his paintings and illustrations in children's books, he depicts several different animals. Some of these include turtles, llamas, tigers, beavers, glyptodon, and gorillas. Adding the connection of science into his art attracts a whole new audience which engages more and more people.

Rick Cannizzaro's artistic ability has led him to lend his colorful and beautiful animal works to the PBS television network. He also shares his knowledge and artistic ability through art workshops and lectures to children. A big goal for Cannizzaro is to be an inspiration to many generals as well as to have people become aware of what is going on in nature around the world.