Delicious and Refreshing: Over 100 Years of Coca-Cola Advertising Calendars

The first Coca-Cola calendar was released in 1891 when the ownership of the company transferred from the original owner and inventor, John Pemberton, to Asa Griggs Candler. Candler was a strong believer in the new advertising techniques associated with mass production and consumer goods in America. He began placing Coca-Cola logos and imagery on anything he thought would capture the consumer’s attention. This included posters, billboards, playing cards, matchbooks, paper fans, bookmarks, and of course, calendars. Unlike matchbooks that lasted only as long as it took to use them up and posters and billboards that changed with the seasons, calendars could be left up all year as they served their purpose. Bright red backgrounds, beautiful imagery, and a white script logo were soon etched in the minds and memories of millions of people as Coca-Cola became sold across the United States.

Print advertisements, such as calendars, by Coca-Cola typically included a young female model holding a bottle or glass of coke. The models in the advertisements mostly went unnamed while others were given arbitrary names while keeping their actual names private. Eventually, in 1895, the company secured its first celebrity endorsement with singer Hilda Clark who soon started to appear on company calendars. Hilda Clark was known for singing in New York operettas and for being part of a musical touring group known as the Bostonians. While photography was still only available in black and white, Coca-Cola advertisements were illustrated by artists in full color which displayed Clark’s curled blonde hair and light blue eyes. 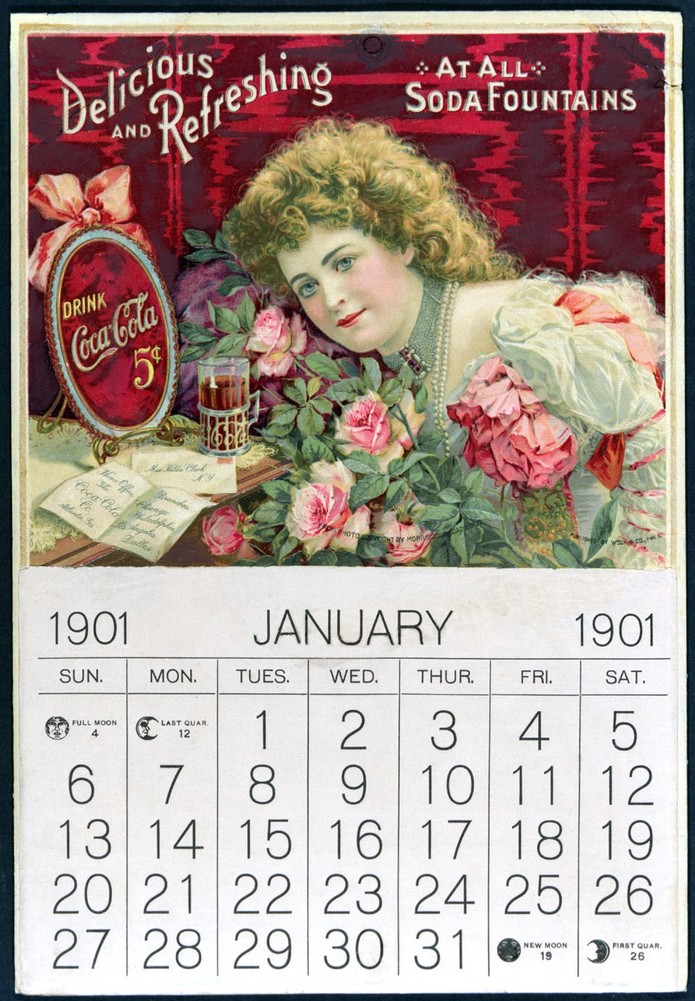 As the years passed by the illustrations and artwork present in the calendars changed and evolved. In 30s Norman Rockwell was commissioned to complete a few paintings to be used in Coke’s advertising. Many of his paintings for the company were vastly different from the pictures of young women previously being used. They mostly included a young barefoot boy relaxing with his little dog outdoors while enjoying a bottled Coke. The paintings conveyed peace, leisure, and innocence while the nation was enduring the Great Depression. 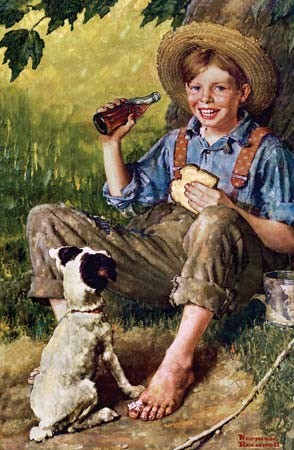 Later on, in the 1950s, Coca-Cola found itself moving away from illustrations and paintings and into the world of photography. The use of photography is evidence of the company’s willingness to use new forms of technology for advertising and the ability to change and adapt with the times. 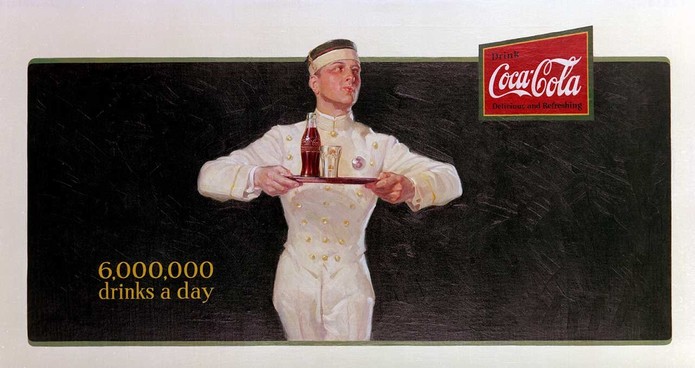 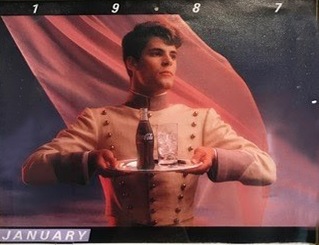 Another example of a change that occurred throughout the decades were the claims made by Coca-Cola about benefits of the soft drink. Early calendars have text advertising Coca-Cola as a medicine with curative properties that could cure headaches and fatigue. By the 1920s those claims were gone and replaced by advertising text that marketed the drink as a refreshing beverage centered around leisure. This change in advertising tactics is a quick illustration of how the Coca-Cola company’s advertising evolved with time to sell their product. By advertising Coke as a product that could be consumed at any time without the concern of curing ailments, they were able to market their product to the entire population.

The calendars that were and continue to be released by Coca-Cola are crucial in analyzing and remembering the history of the brand. They have the ability to create a year by year timeline of the company’s advertising, products, and innovations as they appeared. A look at the imagery found on Coca-Cola calendars serves as a reflection of not only advertising but also of American society at specific points in history. A lot can be learned about lifestyles, fashion, leisure, social environment and even economy and how they changed or stayed the same from year to year and throughout the decades.