Opening August 31 and running through October 27, MOAS will be showing Personal to Political: Celebrating the African American Artists of Paulson Fontaine Press in the Karshan Center of Graphic Art. 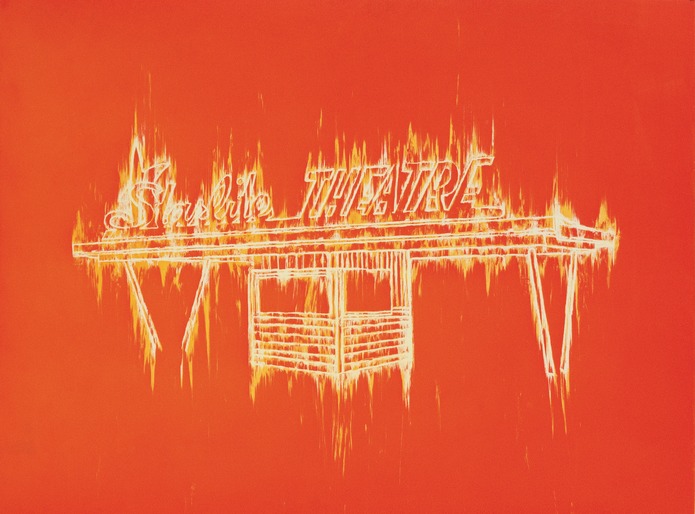 This exciting exhibition features works by African American artists who have helped to shape the contemporary art conversation in the Bay Area of San Francisco and beyond. Organized by Carrie Lederer, Curator of Exhibitions, Bedford Gallery at the Lesher Center for the Arts in Walnut Creek, CA, the show covers a wide range of prints, paintings, quilts, and that speak to personal experiences and political perspectives are woven throughout. At the heart of this show is a Berkeley based fine art print studio - Paulson Fontaine Press - which over the past two decades has developed an unparalleled roster of internationally celebrated artists such as Martin Puryear, Kerry James Marshall, and the Gee's Bend Quilters. In short, artists who characterize the fresh perspectives that are today's avante-garde. The following is an interview with Rhea Fontaine and Pam Paulson, the principals of Paulson Fontaine Press, who are doing much to advance the art of printmaking in our age.

Ruth Grim: In reading the catalog for Personal to Political I noted you started your Press with another partner in 1996. What led you to want to start a fine art printing press?

Pam Paulson: In 1993 I was part of a downsizing at the press I worked for and I was faced with the choice of reinventing myself or creating my own press to continue doing the work I loved. I had two children under the age of two and thought it would be a fine time to start a business!

Ruth Grim: I would imagine it is somewhat risky in today's world to start up an arts endeavor like yours. What were your initial challenges?

Rhea Fontaine and Pam Paulson: Capitalization and the print market. When we decided to start publishing, my former partner and I each sold a print by Richard Diebenkorn to finance buying equipment and setting up shop. These were prints we had received as printers and they allowed us to take the risk. Dick would have loved that he was central to our success. 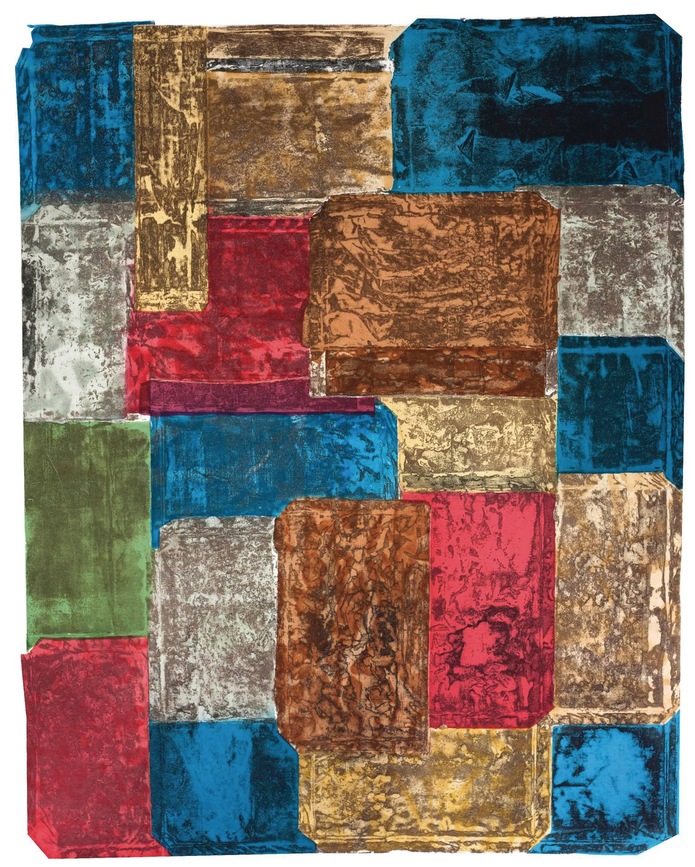 Ruth Grim: Is your press privately and/or grant-funded? Do artists pay a fee to use it?

Rhea Fontaine and Pam Paulson: The press is privately funded and as publishers, we pay our artists royalties.

Ruth Grim: African American artists are a focus of Paulson Fontaine Press. How did that come about?

Pam Paulson: The first artist we invited from outside of the bay area was Radcliffe Bailey in 1997. Thinking about his concerns sparked the realization of how African American artists had been marginalized. Later that year I had the chance to hear a lecture by Kerry James Marshall and it cemented my understanding of this problem. In 2002, as the press grew, we hired Rhea Fontaine to manage our gallery. Rhea's input and our shared interest in the history of civil rights helped develop our projects going forward. In 2016 she became my partner and we have a new moniker, Paulson Fontaine Press. 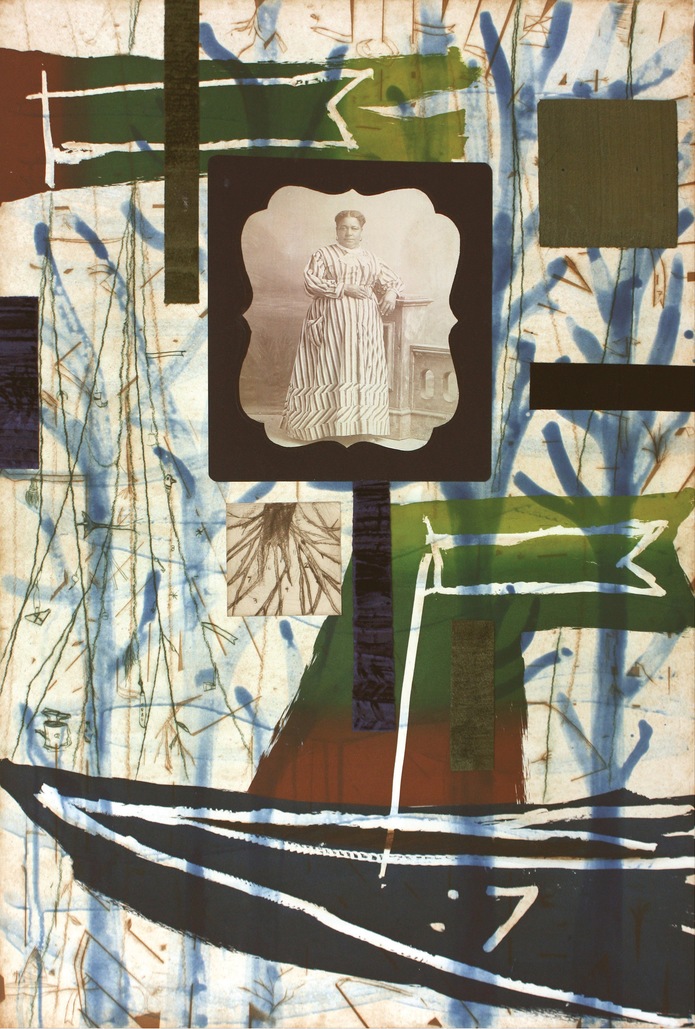 Ruth Grim: What kind of presses do you have and how are they maintained? I know that must seem like an odd question but, having never run a printing facility, I'm just curious about any issues that might arise in keeping everything in good working order.

Rhea Fontaine and Pam Paulson: We have three presses, a small hand-crank which inspired our logo, a motorized American French Tool, and our workhorse large Griffin press which was made for us in 1996. We have a former Griffin technician who cares for the presses with annual tune-ups and alignments. We have busted the welds on the rolder and broken bearings over the years. We work these machines hard.

Ruth Grim: Your collections are now a part of the San Francisco Fine Arts Museum (FAMSF). That is really great! Do you have an arrangement with artists to leave a print, or two, or more to go with the collection to FAMSF? Or is their collection mostely works produced in the beginning years at your press?

Rhea Fontaine and Pam Paulson: We have an ongoing relationship with FAMSF. They get one of everything we publish to keep the archive complete. The print that is designated to them is one of the press' proofs. We also have a new partnerships with the Pennsylvania Academy of Fine Art (PAFA) who acquired one of every edition we have published with African American artists. This is also ongoing. 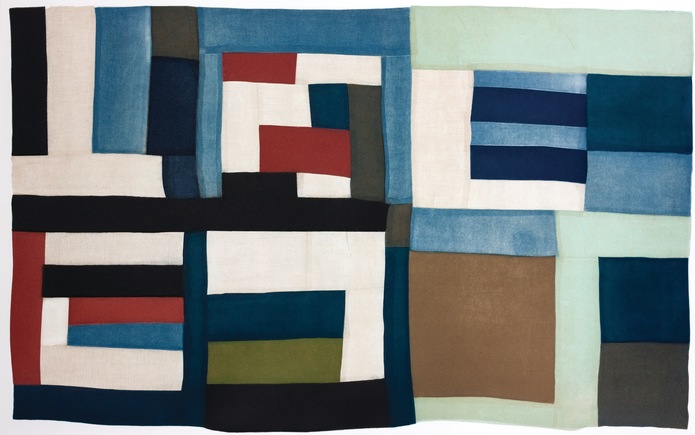 Ruth Grim: I am aware that with certain types of printing processes the initial idea the artis might have can ened up being something quite different in the end (sometimes called a "happy accident"). Do you have any interesting stories to tell about an artist's print idea starting out one way but then ending up something different when pulled?

Rhea Fontaine and Pam Paulson: That's the name of the game often. Artists come in with a variety of expectations but generally, once they start responding to the proofs as we start making them, we find a direction. Etching is an alchemical enterprise. There is no shortage or surprises even when you know what you are doing. Once we printed a plate upside down accidentally and the artis loved it that way, so that's how we printed the edition.

Ruth Grim: We are delighted that Bedford Gallery at the Lesher Center for the Arts in Walnut Creek is touring this exhibition. How did that come about? Are you getting more inquires from artists are a result?

Rhea Fontaine and Pam Paulson: Carrie Lederer (Bedford's Director) followed our program for years and asked us if we would like her to organize this show. We are delighted that the show is so popular and has so many venues. We have had great feedback from the exhibition so far.

Ruth Grim: Florida actually has a fairly strong 20th-century printmaking tradition and Graphicstudio at USF is well known. Is there a sort of 'fraternity' of fine art printing presses around the country where you interface with one another?

Rhea Fontaine and Pam Paulson: We spend time with our contemporaries including Graphicstudio at art fairs across the country year after year. This community is comprised of a great group of people who have devoted their lives to prints.

Ruth Grim: Finally, what do you see in the future for fine art printing? Challenges? Or growth?

Rhea Fontaine and Pam Paulson: I think the future will see tremendous growth. The art market is expanding, and multiples are a way of democratizing the dissemination of art. The internet has broadcast art images to millions of new viewers over the past 20 years. Access to art has changed, and prints are on the lower end of the cost spectrum making them affordable to many.