An Interview with Artist, John Wilton

A Q&A between Ruth Grim, Chief Curator and Gary R. Libby Curator of Art at the Museum of Arts & Sciences and artist, John Wilton who is featured in the exhibition, John Wilton: A Graphic Approach, Four Decades Under the Florida Sun on display November 27, 2020 through February 7, 2021.

Tell us about your long history on the art scene is this area - your studio in DeLand, your teaching activities at Stetson and your activities on local Art Councils, etc. 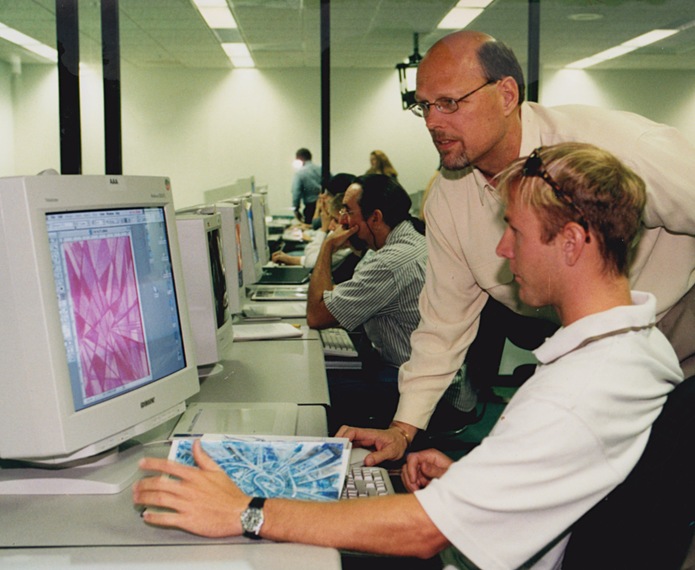 In 1982, I left behind a career as an art director in South Florida and began teaching at the Southeast Center for Photo/Graphic Studies at Daytona Beach Community College.

This change of direction provided the time and funding I needed to develop a fine art career. Over the years I also taught classes at Stetson University and Embry-Riddle Aeronautical University and became active in all aspects of the local art scene. 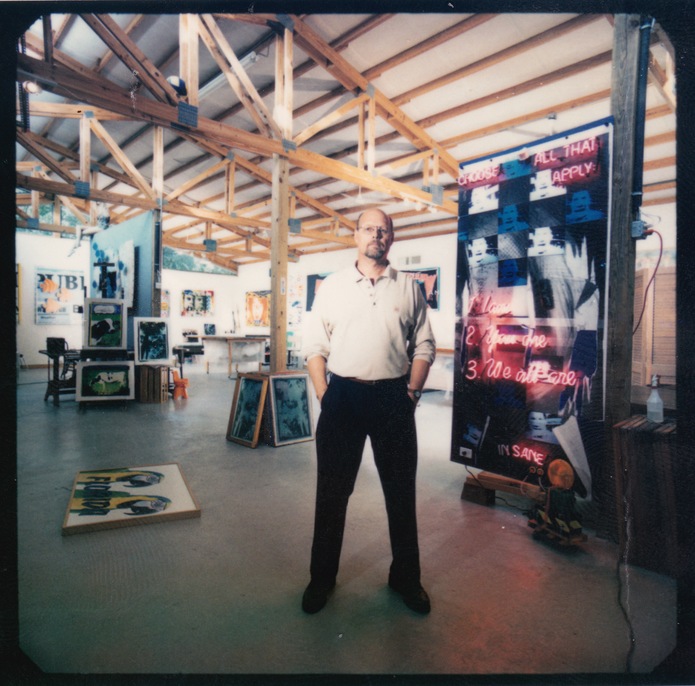 I built a darkroom and small studio in my garage to get started but eventually I rented a large upstairs space in downtown DeLand, where I began working in computer art and video production, along with painting and collage. In 1998, I built the 3400 square foot Stetson Street Studio, which allowed me to pursue work in the sizes and quantities I needed to do.

Among other resulting opportunities, I have been commissioned to create several public art pieces placed throughout the county and around the state of Florida.

Pop Art (particularly the artists Andy Warhol, Robert Rauschenberg and Roy Lichtenstein) seems to have been an influence on your art over the years. Can you talk some about this - your affinities for these particular artists over others? 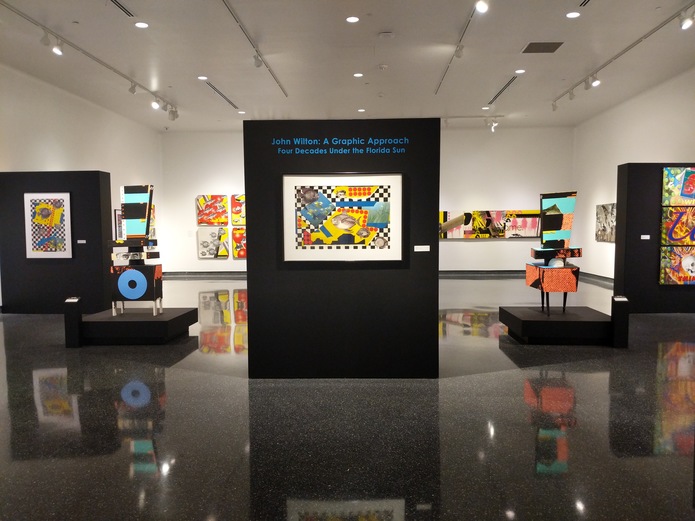 Pop Art provided the launch pad for my approach to art. Warhol and Lichtenstein showed me it was ok to incorporate playful humor into one’s work - Rauschenberg showed me how to put it all together. And the three of them showed me that anything and everything could be used to make art.

You were one of the first artists doing digital art printing in this area. How did that come about?

I adopted the computer early on as a tool for making artwork. To me, it was a powerful facilitator that provided the next logical step in the direction I was always working towards - the putting together of parts and pieces. I believe the SeaQuest series was some of the first digital art produced in Volusia County. 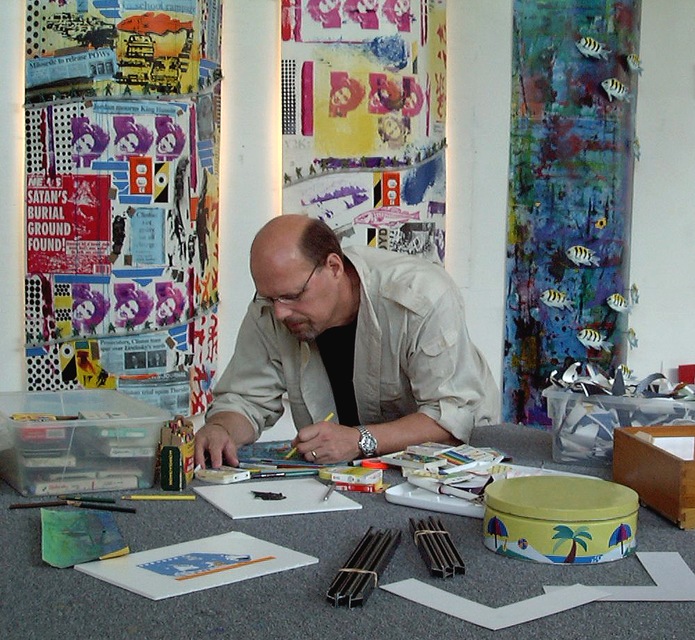 My 3D work was also a natural extension of my desire to put together parts and pieces. Once I had the space to do it, there was nothing preventing me from extending my two dimensional process to the third dimension. I’m sure Rauschenberg’s combines and assemblages were at the root of this. Of course, Warhol and Lichtenstein did 3D work as well. 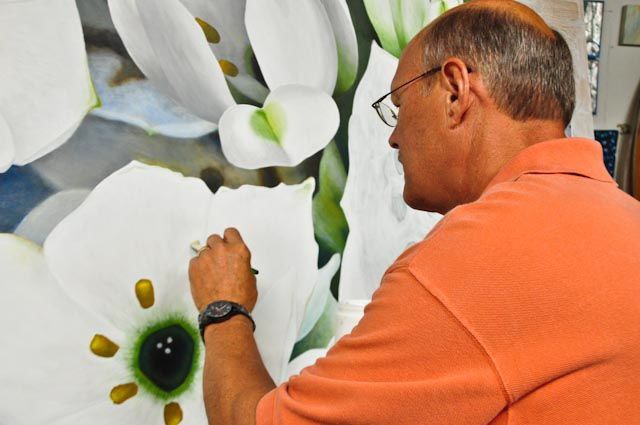 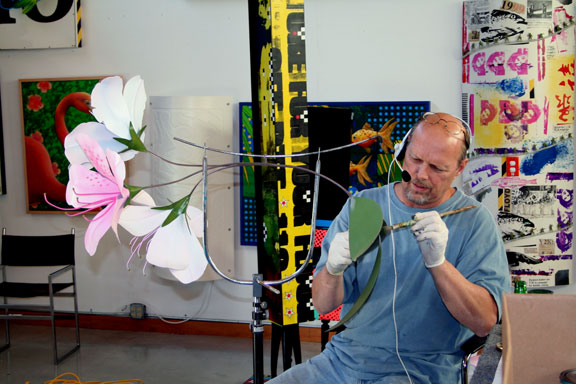 The work "Four Shore" is so different from the rest of your work in this exhibition. Was there a particular inspiration or story behind it?

In 2009, I was commissioned to do three paintings for Volusia County’s Art in Public Places Program. I was very happy with two of them but I was a little unsure about the third one, so I created a digitally printed photographic version.

I invited Mike Fincher (from the County’s Public Art Program) to my studio and showed him both versions, explained my dilemma and told him I thought the digital version was a better piece. He looked at me like I had lost my mind, took the painted version with him and that was that. It is hanging at the Beach Headquarters Building on Daytona Beach.

I know there's a story behind the piece showing the silhouettes of punk rockers with spiky hair. Can you tell us how that piece came to be?

My daughter had invited me to join her on a business trip to Europe. While waiting for trains in the London Underground, I spotted some type of graffiti mark and photographed it. I was using one of the first digital cameras made by Panasonic, which recorded images on a floppy disk! Years later, I flipped the image upside down, added a few strokes in Photoshop to make it look human and added a computer generated background to create “Shadow Warriors”. 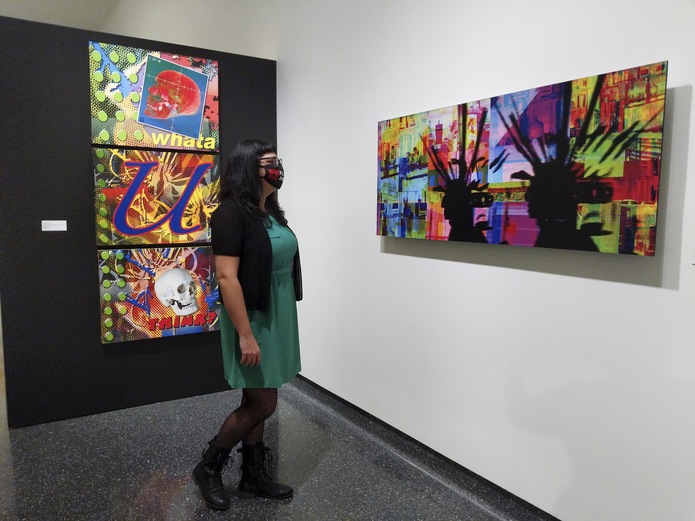 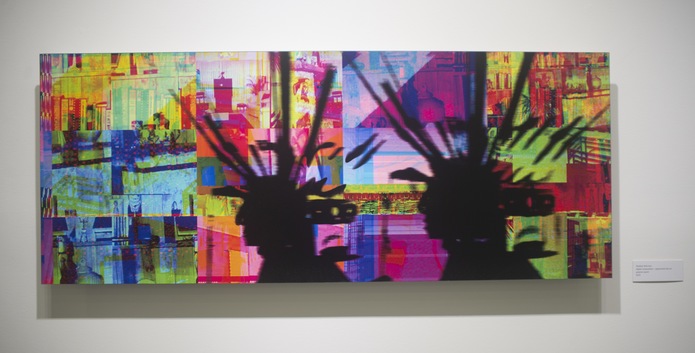 Someone pointed out that your work "Memento Mori" seems reminiscent of MTV. Were some of these other types of pop culture sometimes influential on your work?

Besides pop culture, another major influence on my work was the ability to work in the digital realm. Going beyond physical collage, having the capability to collage layers of images digitally and to print them digitally opened an avenue that I have been exploring for the past 20 years or so.

And along with the pop culture influences, I was a scuba diver for 20 years, so from that point forward, many of my images, including video projects, had to do with things underwater. 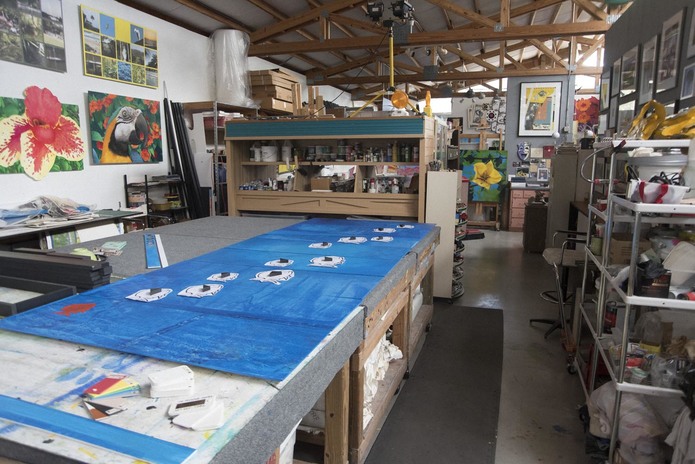 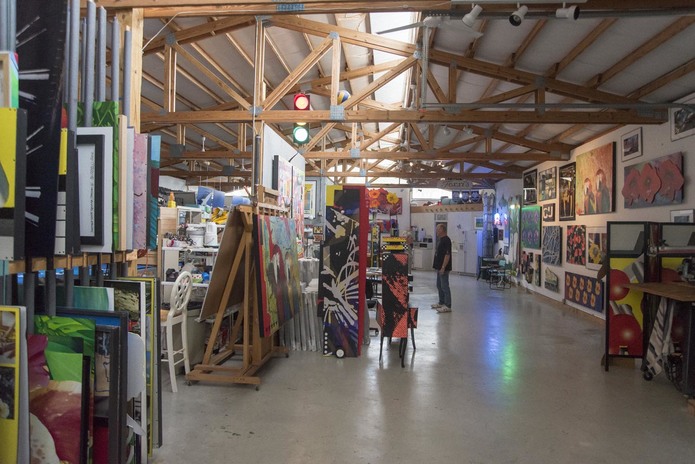 Any new avenues you feel you may be taking with upcoming art projects that we should know about?

For the past few years, I have been using my time to develop cultural awareness in Volusia County, with an emphasis on the DeLand area. Using the arts as a driver for cultural tourism gives us better places to live and work while making a significant impact on the economy. 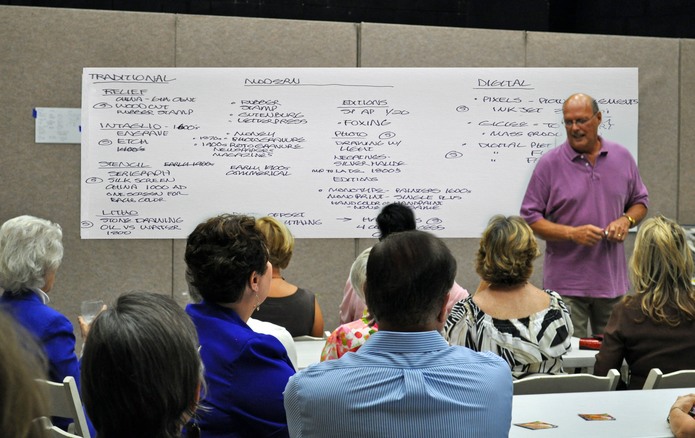 Working with other like-minded folks, I have been instrumental in the establishment of the DeLand Sculpture Walk, a rotating exhibition since 2010; the Utility Box Art Wrap Projects in DeLand and at One Daytona; the Downtown DeLand Miniature Art Project and the Yarn Art Tree Wrap Project; and the establishment of an Arts/Culture/Entertainment district for DeLand.

Other contributions of my time include serving on several exhibition committees across the county, sitting on the board of the Museum of Art-DeLand and serving on the county’s Cultural Council for ten years. 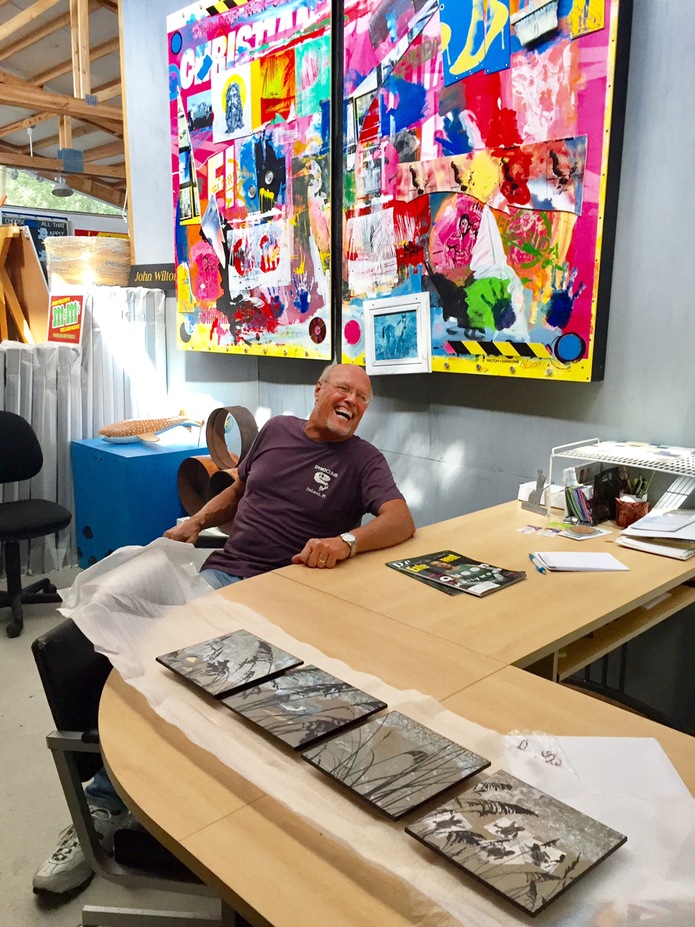