By Senior Curator of Education and History, Zach Zacharias 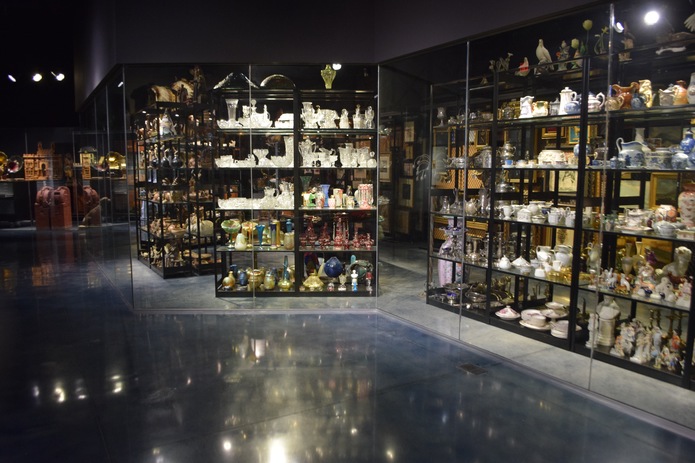 Within the Helene Roberson Visible Storage Building resides an amazing cubist sculpture by Alexander Archipenko, a Ukrainian artist born in Kiev in 1887. Archipenko was an avant-garde painter, sculpture, and illustrator. By 1902, he was enrolled in the Kiev Art School and eventually moved to Paris in 1908. There, he studied at the Academy of Beaux Arts and at the Louvre. While living in Paris, Archipenko fell in love with the sculptures of ancient Egypt and Greece as well as gothic pieces that were on exhibition. 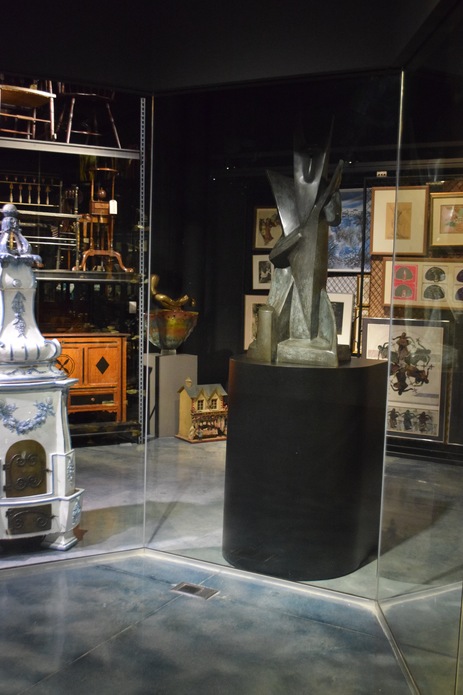 "King Solomon" by Alexander Archipenko on display in Visible Storage

Archipenko abandoned formal styles early in his art career and fell into more radical circles of art exploration, mainly that of cubism. This avant-garde style of art was inspired by African art that was coming into the curio shops in Paris in the early part of the 20th-century. Pablo Picasso and George Braques were the fathers of the early cubist movement. The cubist style is the foundation for today's modern art. Geometric shapes, interlocking planes, and a blending of foreground and background together make up some of the characteristics of this style.

1913 was an important year for art, especially in New York City. It was the location for one of America's greatest art exhibitions, the Armory Show. The Armory Show was known as the "International Exhibition of Modern Art." This groundbreaking exhibit introduced Americans to modern art. It was an enormously controversial exhibition at the time which shook in the art world in America. It introduced cubism, fauvism, impressionism, and futurism to a curious American public. Over 300 avant-garde artists were represented from Europe to America. One of those artists was the cubist painter and sculpture, Alexander Archipenko.

During World War I, Archipenko and many other artists lived in Nice, France. He eventually immigrated to the United States in 1923. Archipenko moved to New York but also lived in Chicago and Los Angeles. Alexander stated, "America is the only country not jaded and rent with war. It is the land where the great art of the future will be produced. America fires my imagination more than any other country." 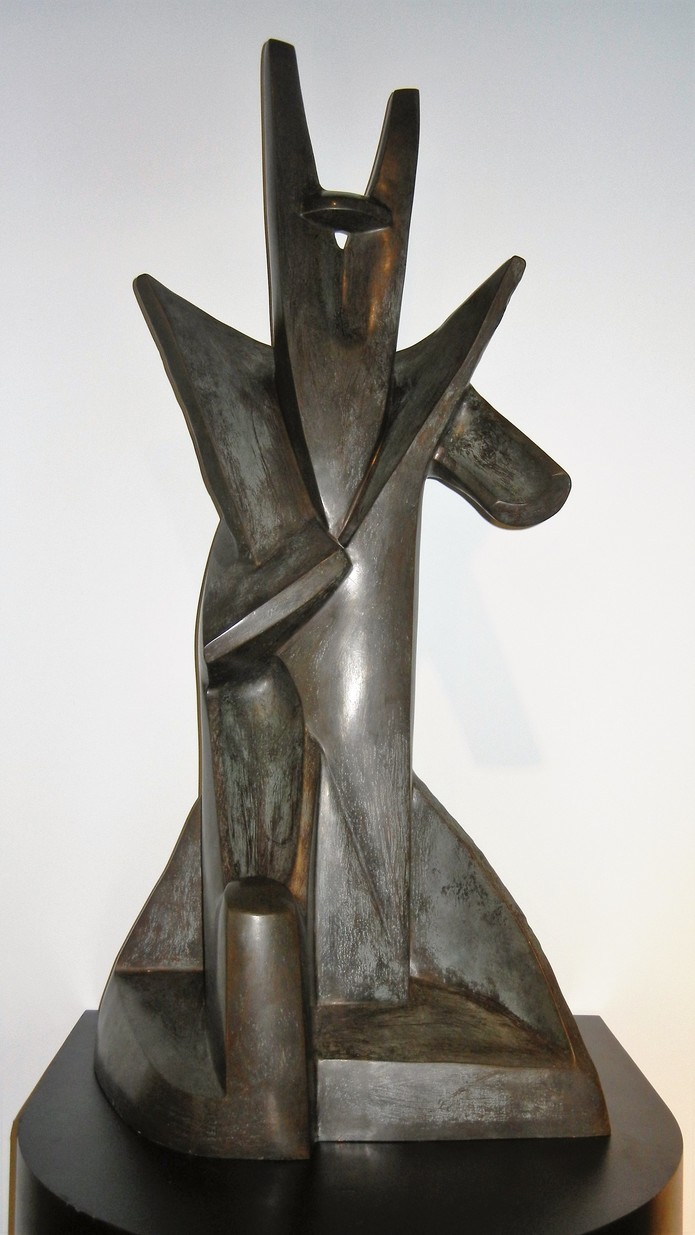 It is Alexander Archipenko who became one of the first creators of cubist sculptural forms. A master of carved design and an artist who reintroduced color to sculpture, he was innovative in his use of tall, irregular planes intersecting to form an abstract figure. The Museum's Archipenko sculpture titled, King Solomon, dates back to 1963 and is the last known sculpture before his death in 1964.

The sculpture on exhibit shows him a crown of horns, like Moses of Michelangelo. He is seated on an architectural frame, a fusion of throne and body that splays out into the base, like planes. King Solomon is an excellent example of one of Archipenko's tall, irregular intersecting forms. It is a heavy piece made of bronze and with dark green tint. This sculpture is a masterpiece of imagination which expresses a natural form through abstraction and simple geometric shapes. King Solomon was the King of Israel, a biblical character in the 10th-century B.C. He was the son of King David and Solomon was known for his wisdom.

Alexander Archipenko was considered a groundbreaking artist when he exploded on the art scene in 1912 in Paris. His work was crucial to the advancement of modern sculpture. Holly Keris, a former curator at the Museum of Arts & Sciences stated, "Archipenko's interest in pushing the traditional boundaries of sculpture resulted in him gaining recognition as one of the pioneers of modern sculpture." Alexander Archipenko died in New York City on February 25, 1964 at the age of seventy-six. The next time you are at the Museum, take a tour through the Helene B. Roberson Visible Storage Building and look for the Archipenko sculpture. There, you will see the beginning of modern, abstract sculpture.